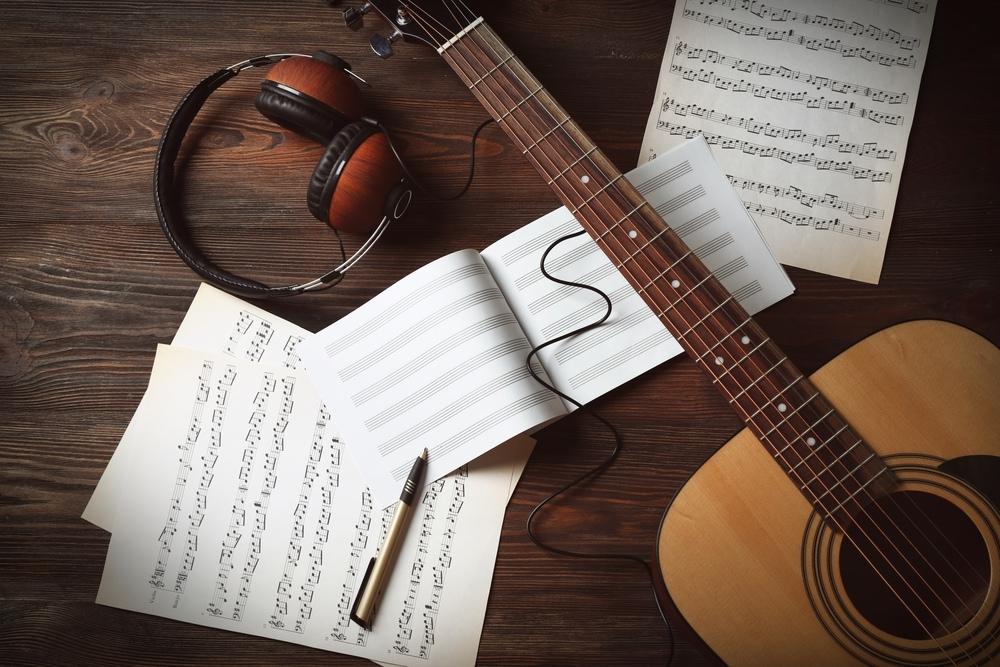 An interlude in music is an interruption or break in a musical composition, drama, or play. While this simple definition works, it nonetheless raises more questions that need answering.

To discover these answers, we’ll dig into music and drama history to better understand how an interlude applies today.

In short, a musical interlude is an interruption used in six art forms throughout history. While the origins and uses have varied, the essence of their design remains the same today.

Read on to find out all you need to know about musical interludes.

There are several definitions for an interlude, with the most generic answer being that it is “an intervening or interruptive period, space, or event.”

Looking deeper at how the word applies to the arts, a musical interlude is defined as a “composition inserted between the parts of a longer composition, a drama, or a religious service.”

The Six Art Forms That Use Interludes

As mentioned earlier, the answer to what an interlude is may be simple, but the applications are far-reaching. We’ll look at six art forms to better understand interludes throughout music history.

We’ll then progress to today’s songs and look at how an interlude can be used in various ways.

Here are the six art forms that use music as an interlude:

During the middle ages, people entertained themselves by watching plays and dramas. Typically, these were short comedic skits to lighten the mood since the topics often dealt with morality and death.

As the art form developed, playwrights inserted interludes between acts to lighten the mood.

During this time, court minstrels performed musical interludes between acts. Once more, these were short, simple musical breaks that were often silly in form and lyrics.

As with many art forms, it evolved. Patrons began preferring the interludes over the proposed drama. Composers obliged and wrote more extended compositions, turning them into something completely different.

The Italians created opera in musica in 1600, and the literal meaning is “a work in music” that was later shortened to “opera.” It consists of a play in which the characters or chorus sing their lines accompanied by an orchestra.

Composers wrote intermezzos (Italian for “musical interlude”) to segue between opera scenes. Unlike interludes in drama or those sung by court minstrels, the intermezzo was instrumental.

Since the topic of most operas was serious, composers made the intermezzo lighter in tone and melody. This also gives the audience an emotional break from the opera’s subject matter.

As with many of the most popular music genres, the opera evolved into comic opera. The subject material for these was lighthearted and often a farce.

During the Romantic era of 1800-1900, composers extended the length and complexity of interludes. These became standalone compositions that no longer resembled their predecessors.

Music interludes have played an important role in church services throughout the centuries. For example, choirs sang interludes to separate hymns or scripture readings.

Organists played instrumental passages throughout the service when the pipe organs became popular in churches around 1400. As in the past, the interlude allowed for transitions from hymns and quiet, intimate moments during the service.

Today, churches still use choirs and organs to provide musical “breaks” for worshippers. In addition, contemporary services use the piano, acoustic guitar, or keyboard playing a synthesizer pad for interludes.

Hollywood has been using music since its inception to score films, heighten the drama, and as interludes.

An excellent example of this technique is in the movie Almost Famous. The film showcases some of the best songs of all time and uses Elton John’s “Tiny Dancer” for a classic scene.

The film’s song serves as an interlude where the characters reunite on their tour bus after weathering fights. The actors don’t say anything as “Tiny Dancer” plays, but the music serves as a means of reuniting the band and crew.

Similarly, television shows use music to segue through scenes. One of the best examples is the sitcom Seinfeld. A slap bass line plays to signal that the show is transitioning. The riff was played on a keyboard using a sampled slap bass sound, not a bass guitar.

While interludes for hit songs are shorter than those listed above, the intention and effect are the same. We’re also limiting ourselves to instrumental breaks in songs and will not feature raps or spoken interludes.

Our first example comes from George Michaels’ first hit, “Careless Whisper.” The song opens with an alto sax playing a melody that, in many ways, is the song’s hook. Unfortunately, we don’t have the time to explain the difference between a hook and a chorus entirely but suffice it to say it’s a melodic element that “hooks” listeners to like the song.

At the end of the first chorus, an acoustic guitar plays a brief interlude before verse two begins. The tonal layer provides a fresh musical gap for listeners and sets up Michael’s vocals.

The following short interlude comes after the second chorus. Here, the hook-laden sax riff serves as the transitional element. This is a perfect example of how an intro melody can double as a brief interlude.

Our following example is Queen’s iconic smash, “Bohemian Rhapsody,” featuring one of the best guitarists of all time, Brian May, throughout the song.

The first instrumental passage comes after the intro acapella. It’s a two-bar phrase with bass and a piano melody played by one of the best singers of all time, Freddie Mercury. The phrase continues with the verse but allows breathing space for listeners and the singer.

Our final example is midway through the song after the chorus when lead guitarist Brian May plays a solo. The melodic section perfectly sets up the next musical transition, acting as a buffer and a bridge.

An interlude on an album serves a different purpose than those on songs. For the band or artist, it serves as a short glimpse into other artistic aspects they want to convey.

Album interludes vary in length, with some being as long as a song and others mere sound snippets. However, most are tracks that can be listened to separately and are listed on the album.

Some interludes are hidden within a track, like the one found on R&B artist Devon Gilfillian’s album, Black Hole Rainbow.

The interlude is an instrumental track that begins when “Start it Up” fades. The interlude is less than thirty seconds long, but the irresistible groove and melody make you wish for more.

One of the best bassists of all time, Paul McCartney, used an interlude on Wings’ 1978 release London Town. “Cuff Link” is an instrumental song that sounds more like a theme song for an 80s cop show than a Wings hit.

Kanye West’s one-minute song serves as an interlude to prepare listeners for his next song. “All of the Lights (Interlude)” appears on his 2010 album My Beautiful Dark Twisted Fantasy. The instrument is simple, featuring a cello and piano, but the effect is intense yet intimate.

That brings us to the end of our study of interludes throughout music history.

We’ve learned how these transitional pieces play an essential role in music, both past and present, and are found in other types of entertainment.

In today’s music, musical interludes are on hit songs and top-charting albums used for dramatic and artistic effects.

What Is An Accent In Music?

How Many Songs Are There In The World?