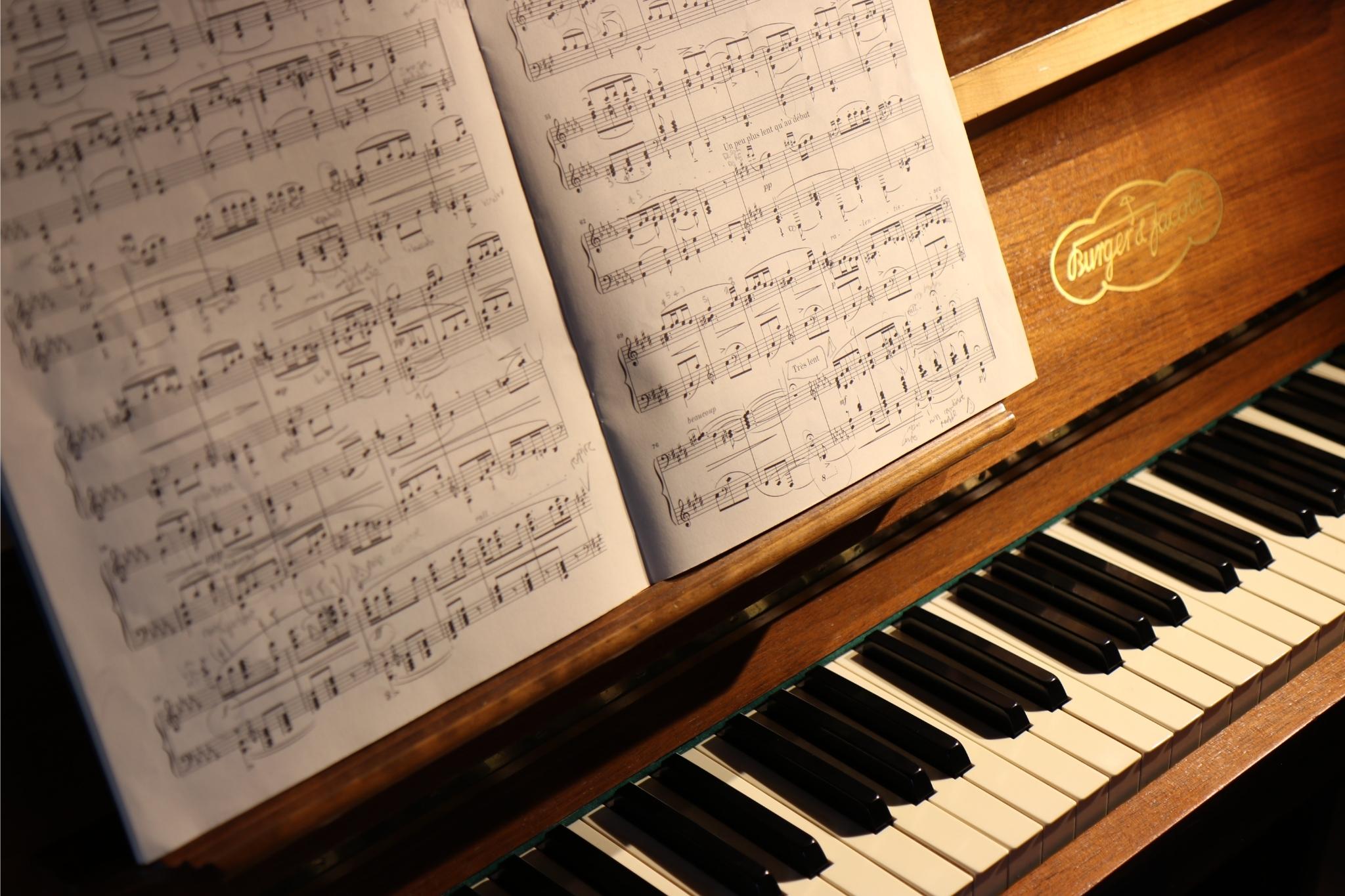 For a composer to communicate how the orchestra should play a particular note, they will notate an accent mark on sheet music.

Read on as we examine these all-important symbols in Western music and how they are categorized and impact musicians’ musical performances.

What Is An Accent In Music?

Accents are standard in classical music, one of the most popular music genres in the world, jazz, choral arrangements, and sheet music for session players.

Another way of understanding the role of an accent is by comparing it to the written word and spoken language. For example, an author uses an exclamation mark to denote excitement or, in the case of an actor, to speak loudly.

An ellipsis lets readers know that a thought is continuing or, if in a play script, for the actor to let his voice trail off.

Now that you know what an accent is, we’ll break down our study of an accent in music by examining the three categories they fall into, and the five types of accent marks most frequently used.

The Three Categories of Accents

Like spices for a chef, accents allow a composer to create more expressive music passages and melodies. Just as a meal becomes bland with no spices or overpowering with too many, the same is true of accents in music.

An accent mark will appear either above the note head or beneath and can work in any key or time signature.

Generally speaking, marks are often used by classically trained musicians, found on jazz charts and recording sessions overdubbing strings or brass for film or an album.

Let’s look at the three categories for accents.

Dynamic accents tell the performer how loud and intense they should play the passage. Also known as a “stress accent,” this accent can be used on a single note or a musical phrase.

The agogic accent conveys how long the note should be played compared to the surrounding notes in the score. Agogic marks impact the duration of a note or phrase of music notation and can be used in any key or meter.

A tonic accent, also known as a pitch accent, is when a note stands out from others due to its higher pitch. This occurs naturally and doesn’t require any unique markings on the music.

The Five Types of Accent Marks

While one may think that having only five accent notations is limiting, the musical expressiveness within each is remarkable.

Let’s look at each in more detail to understand how they’re used and impact a composition.

This emblem is a wedge-shaped emblem that appears over the note head. When musicians see the marking, they play it with a strong emphasis while keeping the notes’ duration intact.

The result is that the note becomes louder and more pronounced than the surrounding notes.

This Italian word means “to mark,” so a musician playing a marcato section would emphasize each note while at the same time shortening its value, like playing staccato.

The symbol for the marcato accent is an upside-down “V.” A musical phrase may have “marcato” over the section instead of marking each note with a symbol.

Staccato is another Italian word that means “to detach,” The symbol is a dot above the note. Translating this into music, the performer shortens the length of the note or notes.

Unlike marcato, which tends to be louder, staccato passages vary in volume and emphasis.

The staccatissimo is rare but may appear in older compositions or period pieces. The symbol for a staccatissimo accent mark is a solid triangle, and musicians play the notes shorter than a staccato note.

The tenuto mark is a horizontal line above the note or notes, and in Italian, tenuto means “to hold,” so the musician plays the note for the complete value. Tenuto is the opposite of staccato and can be performed at various volumes and tempos.

Since music is organic, a musical accent occurs naturally on key beats and appears in any time signature and tempo.

While there are a variety of time signatures, we’ll keep things simple by focusing on the most common one used in most genres: 4/4 meter.

In 4/4 meter, the top number informs musicians that there are four beats per measure. The bottom number specifies that the quarter note is equivalent to one beat. In 4/4 music, the strong musical accents are on the first and third beat.

Soul singer James Brown, who recorded for some of the biggest record labels in the world, coined a phrase he called “The Power of One.”

Brown believed the downbeat of beat one contained the power of the groove, and his rhythm section zeroed in on this approach to create excellent funky music.

The same “power of one” applies to most music since musicians naturally accentuate beat one, whether in an orchestra or a rock band. The emphasis is subtle, but you feel it, whether listening to a symphony or dancing in a club.

An excellent example of a musical accent in contemporary music is in Led Zeppelin’s “When the Levee Breaks.” Drummer John Bonham, one of the best drummers of all time, creates a deep groove in this song when his kick plays beats one and three. He plays his cymbals and snare for the off-beats, which propels the song forward like a slow-moving train.

In most contemporary pop music, the bassist and drummer accent beats two and four. While these beats are considered weaker accents than one and three, they are vital to making contemporary music feel a certain way.

Accents on beats two and four are typically played on the snare by the drummer, while the bassist varies his bass line, depending on the song’s genre, to accent these beats.

We don’t have time to discuss the varieties within genres, but you can hear the difference when comparing country music with artists like Shakira and Luis Fonsi.

“Billie Jean,” one of the best bass songs of all time, is an excellent example of using musical accents, as previously discussed.

The simple intro has the kick drum on beats one and three and snare hits on beats two and four. The bass line, a percolating line of eighth notes, works perfectly with what the drummer is playing to create a toe-tapping groove that will have you swaying in time with the music.

Another music accent involves syncopation with musical accents on the off-beats and is easy to understand with a simple illustration.

When you tap your foot to a song in 4/4 time signature, syncopation occurs when your foot is off the floor (the off-beat) before the next downbeat.

Syncopation is used in all music genres but is extremely popular in jazz, funk, and R&B music. For example, Aretha Franklin, one of the best black female singers of all time, used syncopation throughout her smash “Respect.”

She uses the off-beats throughout the song to express her vocal lines, giving her performance a soulful sound and feel.

Additionally, syncopation is also found in classical music, especially in the post-Classical era by composers like Tchaikovsky, Copeland, Stravinsky, and Holst. For all these reasons, syncopation will continue to be a vital part of contemporary music worldwide.

That concludes our in-depth look into what an accent is in music, how it is used in music notation, and its impact on how music sounds and feels.

Additionally, every music genre has natural musical accents on specific beats, while syncopation is crucial to jazz, pop, funk, and R&B music.