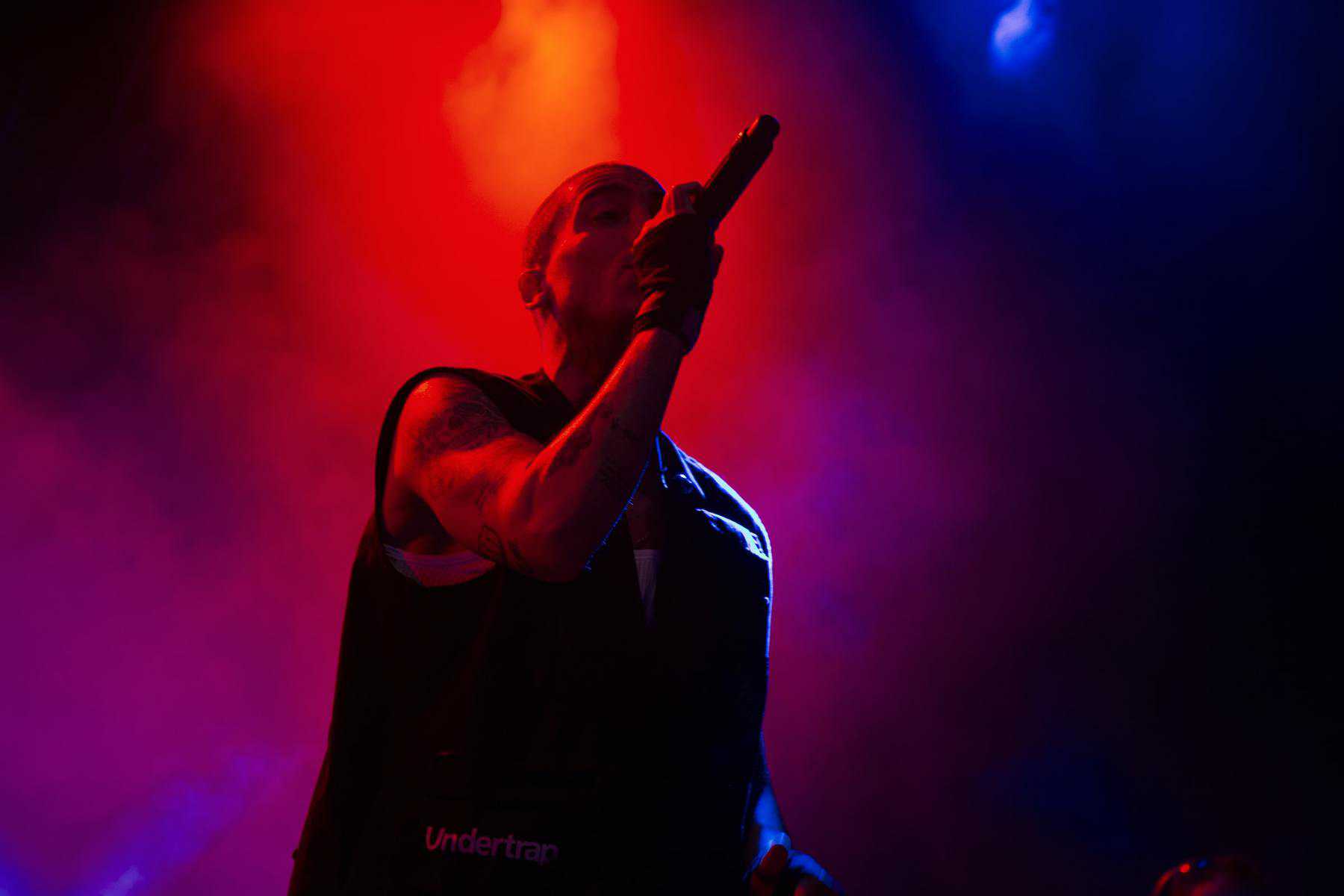 What’s the difference between a hook and a chorus?

In short, a hook is used to catch the listener’s attention and may or may not appear multiple times in a song. A chorus is repeated throughout the song by definition. The chorus is often memorable and can be thought of as the climax of the song.

A chorus can be a hook, but a hook doesn’t have to be a chorus. It’s okay if this doesn’t make sense yet — that’s why we’re here.

There’s a lot of confusion revolving around a hook vs chorus. Some people think they’re synonyms and others don’t even think about hooks.

Our music and audial experts are here to answer this question once and for all.

In this article, you’ll learn everything you need to know about hooks, choruses, and the differences between them.

Let’s get started with some definitions.

What Is A Hook? 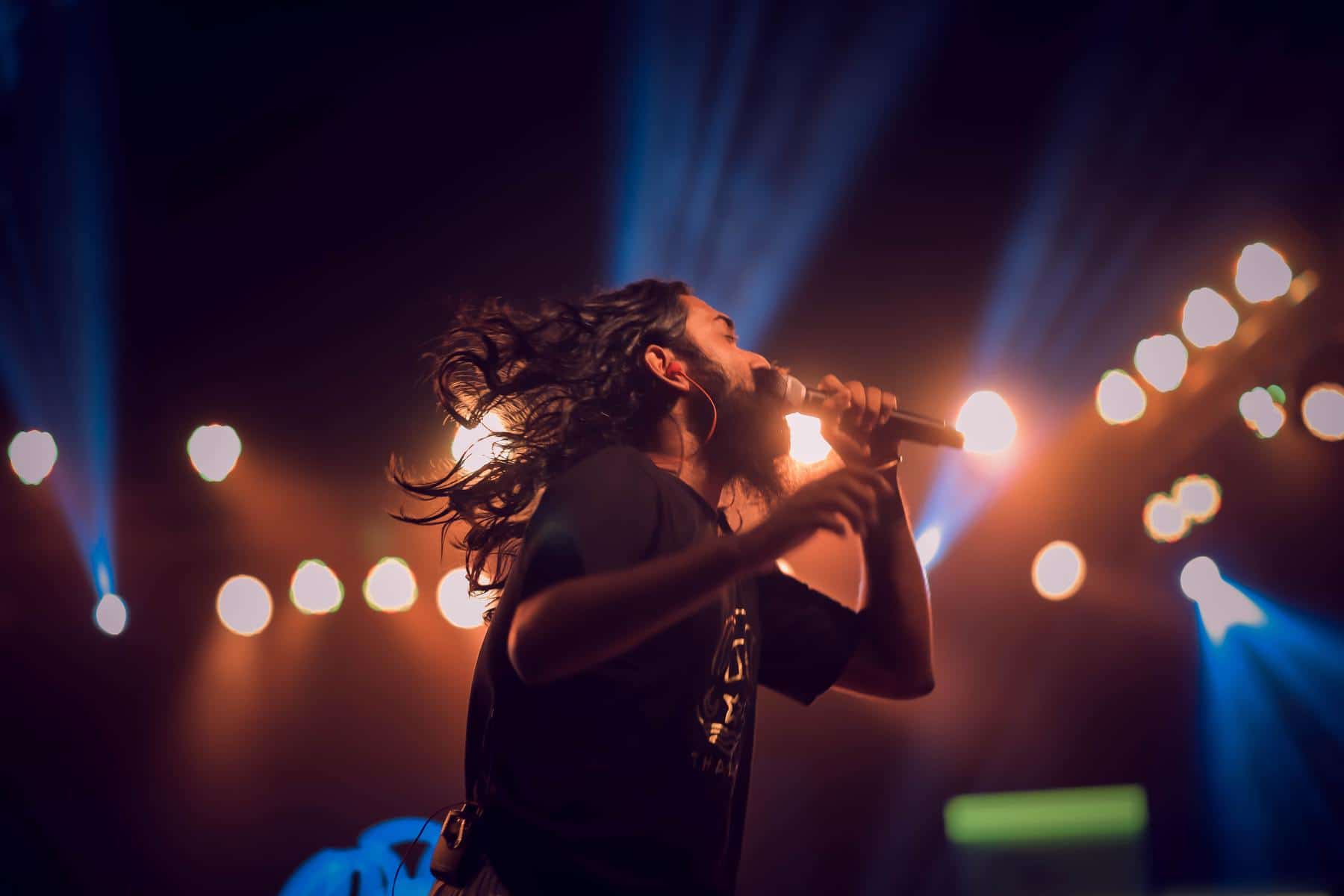 As we mentioned, a hook is simply a catchy part of a song that’s meant to “hook the listener in”. In today’s music market, a good hook can translate to a lot of popularity and success.

The actual form of the hook can vary a lot. It can be:

The most memorable part of a song should be the hook. You’ll see some examples of this in a second.

The idea is that we should be able to name a song, and your first thought should be the hook. This is done by design and is actually the main purpose of a hook.

This concept makes a lot more sense when you start picking apart great songs throughout history. Seeing some examples of good hooks will help you to better understand what a hook is.

A good hook can be screamed out by everyone in the club. Post Malone put together just that in his song Psycho. It’s sung in an angelic way and is almost hypnotic to hear.

In this case, the hook is the chorus, and the song starts with the chorus at the top. The hook starts with “My AP going psycho”, which is no doubt the influence for the title of this track.

In My Feelings: Drake

In the summer of 2018, you couldn’t go on any social media without seeing your friends dancing to the hook of In My Feelings.

This isn’t a surprise to us since anything Drake touches turns to gold. At any rate, the hook of this song blew up and became a viral sensation.

If you don’t remember, it starts out, “Kiki, do you love me? Are you riding? / Say you’ll never ever leave from beside me…”

Hooks don’t have to include any words at all. The intro to Black Beatles will prove that to you.

If you didn’t know, this was the song used for the Mannequin Challenge where people would stay perfectly still as the song played.

The trend used the song in its entirety, so you eventually got used to hearing the beginning melody of the song. After a while, you simply correlated the intro to the Mannequin Challenge.

Whether or not it was intended, the beginning of the song became the hook.

One of the best hooks in history that’s disconnected from the chorus is the famous line in the Ghostbuster’s theme song:

“Who ya gonna call? Ghostbusters!”

This line made its way into mainstream media and still pops up today, four decades later. It’s a spoken portion of the song that pops up 12 times throughout the song.

Even people who have never seen the movie can recite this portion of the theme song. It’s fun, it’s easy, and it’s simple.

What Is a Chorus? 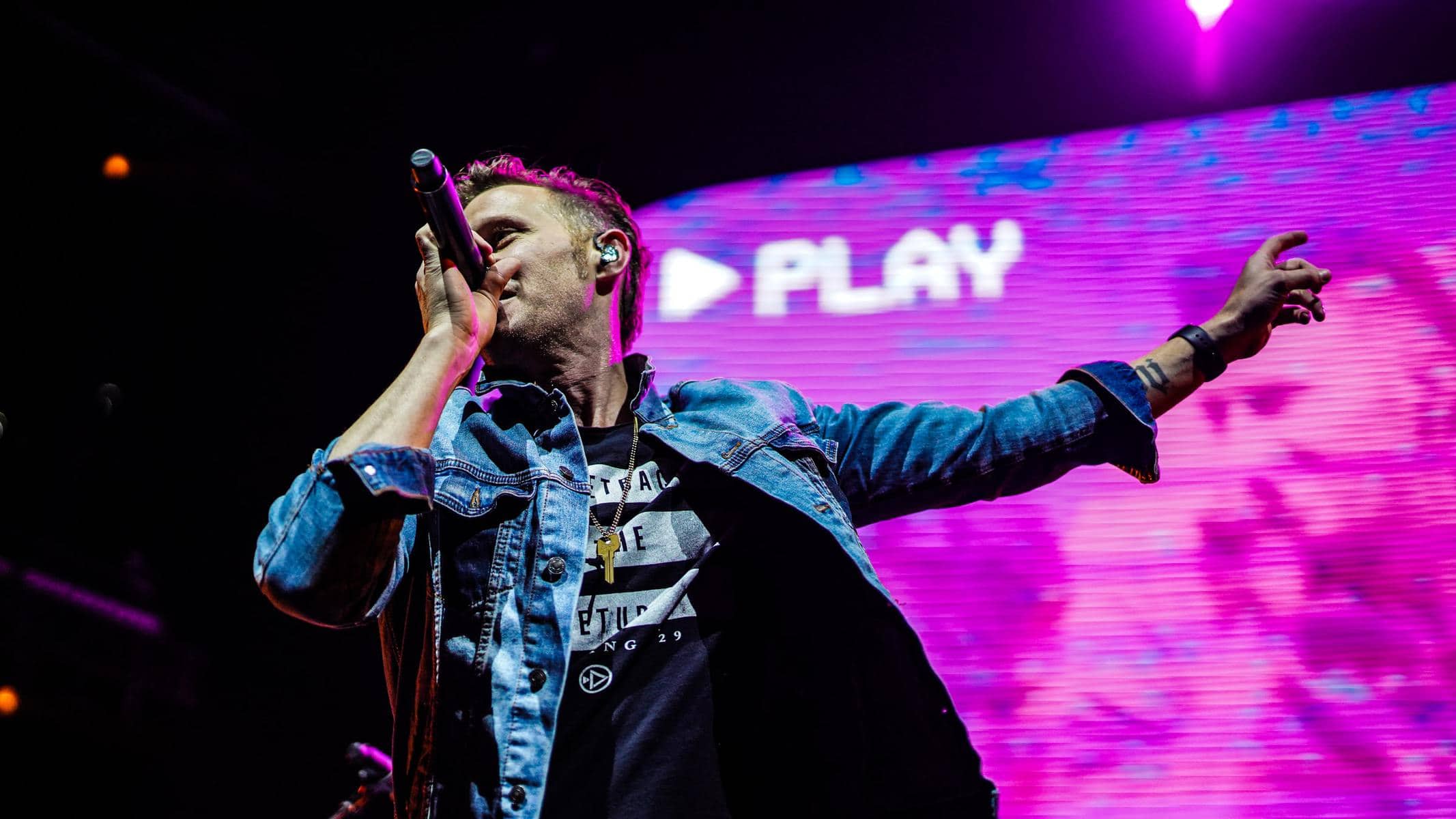 By definition, the chorus is the repeated part of the song. It could be any length, but a lot of choruses opt for 8 bars.

A double chorus is when you throw two choruses together back to back. The second part could vary, but the first 8 bars should be a repeated chorus.

People consider the chorus to be the heart of the song, and it can be the climax of the story being told.

Choruses can be used to break up a song into different acts if you’re telling a narrative. Alternatively, it can be a nice time to wind down with something familiar in electronica songs.

A chorus on its own is a powerful thing. Isolating a chorus and listening to it should clue you in to the rest of the song. The chorus should establish:

Keep in Mind: Choruses Should Be Hooks

This is where things get a little confusing:

When you’re putting together a chorus, you should be aiming to design an earworm. You want this part of your song to get stuck in someone’s head and have them repeat it to themself all day.

A scholar at Berklee points out that your chorus can answer the questions posed in your verses. An excellent example of this is in Cat’s in the Cradle (more on this later).

If you take this idea one step further, it means that your whole song should be a conversation, and the chorus should be the important chunk.

When a song comes up on the radio, the chorus is the part that most listeners can sing along to.

According to our definition, any repeated part of a song is a chorus. To say that one is “good” just means that it’s a hook. It means that the chorus is memorable, catchy, and makes you want to sing along.

These are some examples that come to mind when we think of catchy choruses.

Cat’s in the Cradle: Harry Chapin

If you want to talk about a chorus that separates acts of a song, answers questions, and is catchy, Cat’s in the Cradle is a great example.

For those who don’t know, the song chronicles a boy’s life as he ages into a man. It’s sung from the father’s point of view. The father is too busy throughout his child’s life and misses out on a lot.

In the final act, the father is an old man and calling on his son to help, but his son is too busy. The chorus changes meaning after each verse, and you don’t understand its full weight until the end.

No chorus will make you want to dance like the one from Hey Ya! Despite it being two simple words repeated eight times, it’s an incredibly memorable chorus.

Of course, that’s due to it being simple, catchy, memorable, and easy to sing along to.

All the while, you get a great drum beat, funky synth, and rhythmic claps. This chorus is a prime example of a hook, and it incorporates musical elements that work really well.

Do you remember that summer in 2012 where everyone was asking people to call them maybe? It was all thanks to the infectious chorus — in fact, there were few people who knew any words other than the chorus.

If you look at it from a music composition standpoint, the chorus does its job perfectly. There are two double choruses with identical repetitions, then a final solo chorus at the end of the song.

The chorus gives you everything you need to know about the song: a girl who is boy-crazy and wants to talk to this new interest.

Every other part of the song falls in line with this chorus. It’s catchy, really simple, and has some instrumental pieces that make it even more memorable.

It’s impossible to put together a list of all-star choruses without talking about Sweet Caroline. Those two words alone will make any sane person chime in with a “bum, bum, bum”.

The song itself has very little substance beyond the chorus. It’s good news that the chorus was put together so masterfully, then.

It’s simple, it tells a relatable short story, and it’s easy to scream out the lyrics.

Hook Vs Chorus: What’s The Difference? 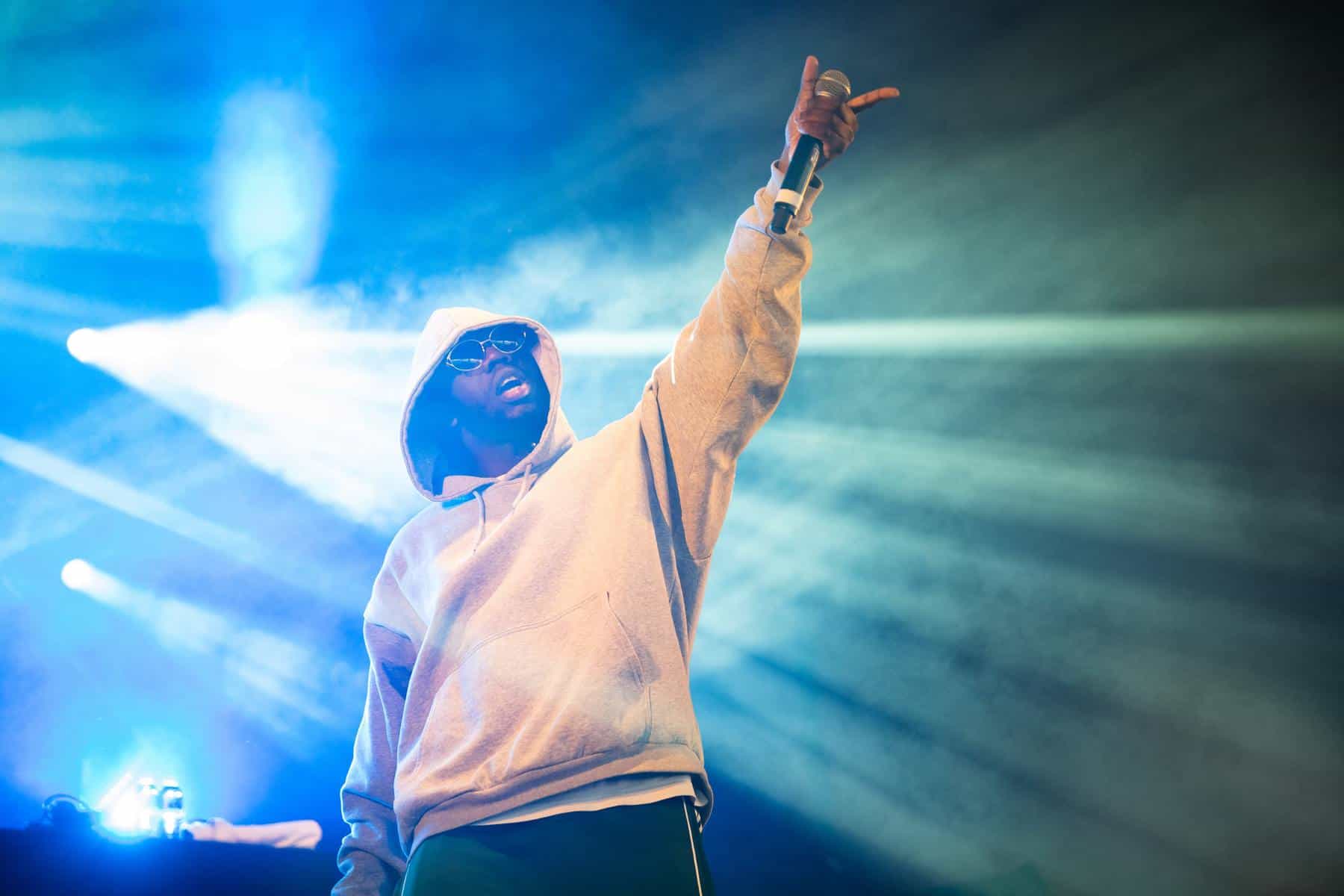 Now it’s time to give you a full answer to the question you have.

The hook is the catchiest part of a song. It can be a riff, instrumental, spoken phrase, or sung portion. It can be the repeated chorus of the song, but it doesn’t have to be.

The chorus is the repeated part of the song. It shows up at least 2 times (typically), and it’s about 8 bars long.

It tells the story of the song, breaks up the different acts, and answers questions that were posed in the previous verse.

By definition, the chorus can’t change in the song. The hook, however, can do whatever it wants to.

A hook doesn’t have to be the chorus, but the chorus should definitely be a hook.

Using a Hook as a Musician

You might not realize it, but understanding what hooks are and where they’re placed will wildly help with your music career.

So, we already know that the hook is the most memorable part of a song. As a musician, you can use this to your advantage.

Your goal is to highlight the hook of every song and manipulate the set to play to these hooks. Common ways to use the hook during a live set is to:

How to Make a Hook 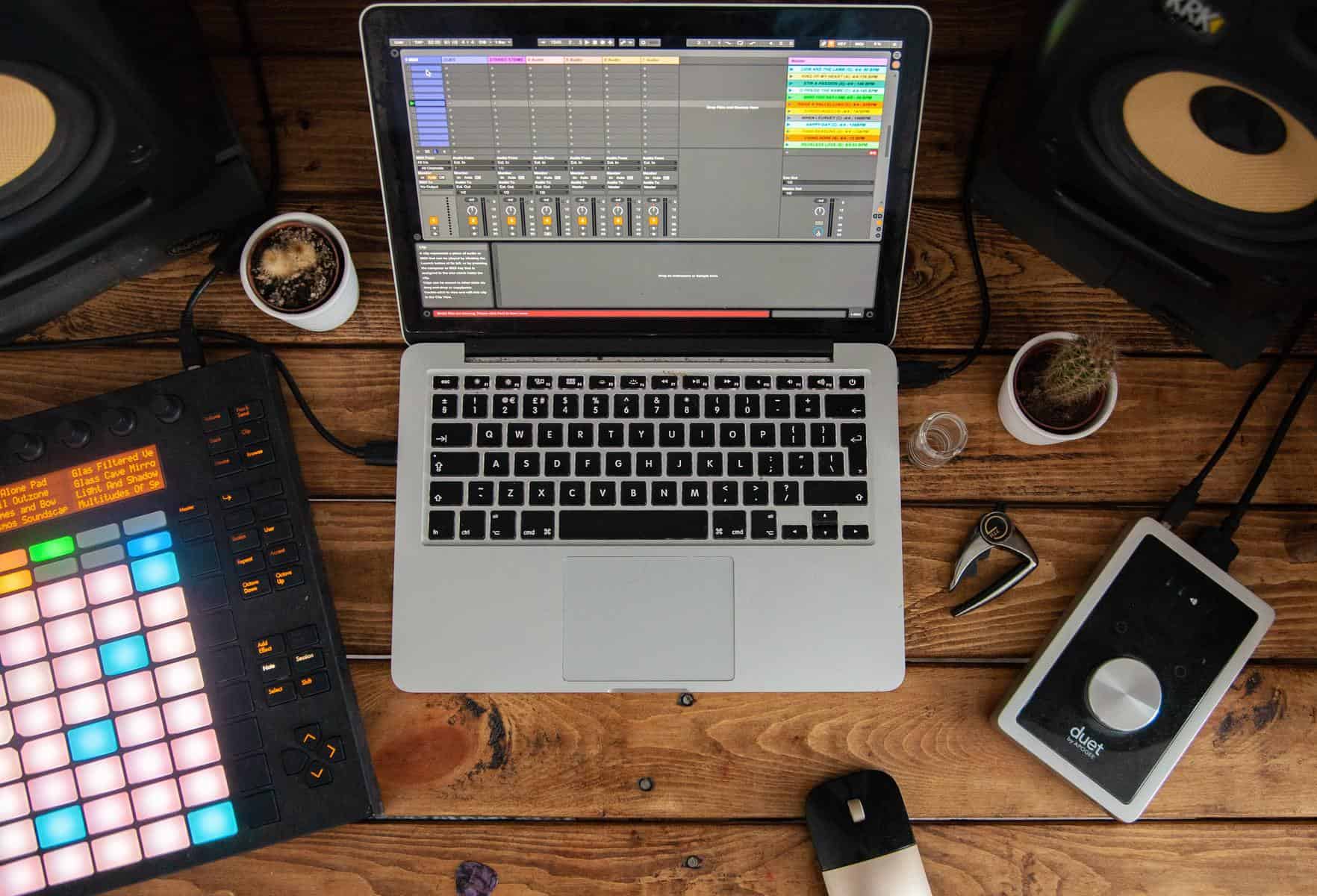 For DJs, producers, or musicians, you might want to put together your own hook.

Sure, this is one of those “easier said than done” situations, but there is certainly a recipe when it comes to making your own hook.

First and foremost, a hook should be memorable. In fact, it should be the most memorable part of a song.

Do you know the drum solo from In The Air Tonight by Phil Collins? Your hook should be as memorable as that.

Another way to help a hook be memorable is to keep it simple. Your hook shouldn’t require some in-depth knowledge about an arbitrary thing — it should be easy for the everyday listener to understand and repeat.

Imagine if the Ghostbusters theme song said, “Who are you going to pick up your landline phone and dial?”. Probably wouldn’t be such a hit.

Inspire People to Scream It

You want the crowd to scream your hook whenever it’s played. Skrillex does a good job of keeping his hooks right before a drop, and we would encourage artists around the world to consider doing the same.

The hook is the spark in your song, and you want the audience to react to it and sing along.

You just learned the difference between a chorus and a hook. As you can see, they’re very different things.

Using them correctly can make your set stand out and help you to produce some incredible music.

If you want more guides, equipment reviews, and suggestions, check out the rest of our site. Audio Captain is here to give you the information and tools you need to succeed.

What Does DJ Stand For?

How To Come Up With A DJ Name?