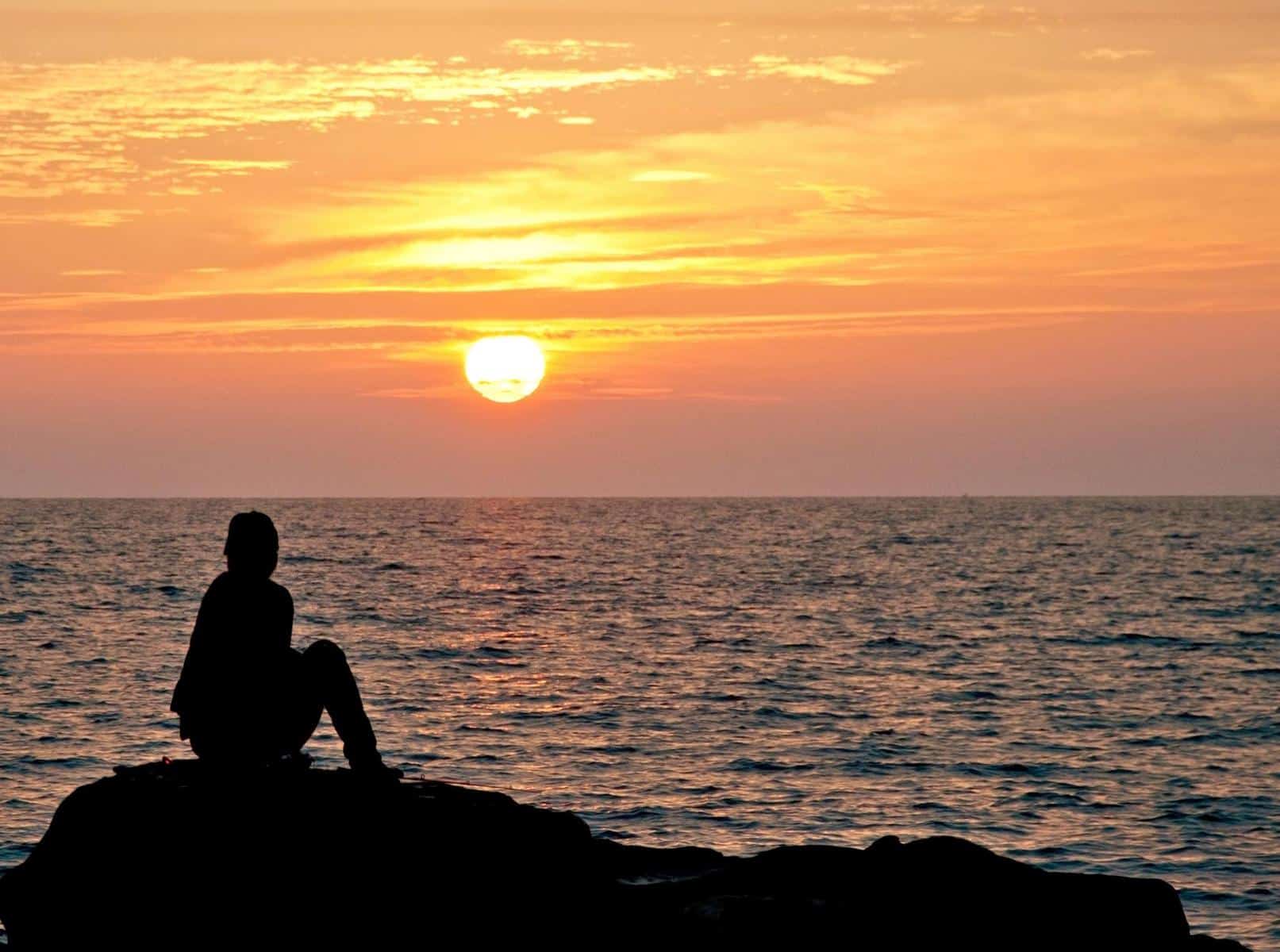 Songs about missing someone can offer comfort when we’re struggling. Although being away from loved ones is hard, a good song can help ease our pain.

Whether it’s a childhood best friend, a romantic relationship, or a family member who has passed away, this article has all the best songs for your aching heart.

The Best Songs About Missing Someone You Love

We’ve gathered together the most incredible songs for when you’re missing someone you love, from relatives and friends to significant others.

Here’s our playlist of the 27 best songs about missing someone you love:

“Need You Now” is one of those country songs that instantly make you miss your ex and wish you could have just one more night with them.

The song features a female-male duet, where both people are saying to each other while they’re apart, “I miss you like crazy.” It’s basically about longing for love when loneliness sets in.

Chances are, you’ve already heard “My Heart Will Go On” from the popular movie Titanic. Another Celine Dion song, “Beauty and the Beast,” also earned a spot on our best karaoke duets playlist.

This beautiful pop ballad is based on the main female character’s perspective in the movie. In the song, she’s declaring her eternal love for her lover, who died when the ship sank.

Dion took home several Grammy Awards in 1999, including Record of the Year, Song of the Year, Best Female Pop Vocal Performance, and Best Song Written Specifically for a Motion Picture or Television.

“All Too Well” is the perfect song to play when you miss a special person in your life. But be warned, it’ll probably end with a few tears.

This raw, 10-minute-long Taylor Swift song walks through the desperation and hopelessness of being left by the person you love most while reminiscing on the memories.

It has received international success, topping charts worldwide after its release in 2021. In the same year, it became the longest song in music history to hit #1 on the Billboard Hot 100.

JB has written many love and party songs, which you can find on our best summer songs playlist.

“Ghost” is a pop-rock song dedicated to Bieber’s late grandmother. The lyrics explore the grief we all feel after losing a loved one.

It charted at #41 on the Billboard Global 200 and peaked at #5 on the Billboard Hot 100 in 2021. The song also made #1 in Malaysia and Singapore while charting within the top 10 in multiple other countries.

“Driver’s License” is a song about missing your first girlfriend or boyfriend after they become your ex. You can also find it on our best sweet 16 songs playlist.

While writing the song, Rodrigo was going through a breakup of her own, rawly describing the pain she felt. Throughout the lyrics, she focuses on the fact that her then-boyfriend was excited for her to get her license so she could drive to see him.

The indie pop song won Best Pop Solo Performance at the 2022 Grammy Awards. It also broke the record for most streams in one day on Spotify in 2021, only four days after its release.

Make sure you’ve got a box of tissues handy for this one. We think it’s one of the best songs about missing someone that the music industry can offer.

“Supermarket Flowers” is a tribute song to Sheeran’s grandmother, who passed away.

He saw some flowers from the supermarket on the window sill in her hospital room, which inspired the title.

Billie Eilish is one of the newest and youngest artists we’ve mentioned so far and also appears on our best TikTok songs playlist with her song, “Happier Than Ever.”

The song was inspired by the 2018 film Roma. The lyrics focus on the strain of a relationship, as seen in the movie when the main character’s husband runs away with his mistress.

“When I Was Older” rose to #11 on the Billboard Alternative Digital Song Sales chart in 2019. It also hit #3 in Sweden and #9 in the Netherlands in the same year.

Michael Bublé has many nostalgic hits and a few happy ones too! You’ll find his song, “It’s a Beautiful Day,” on our best happy songs playlist.

“Home” is a love song that describes the narrator’s longing to return home and see his lover. Bublé was out on tour missing his then-fiancée when he helped write the lyrics.

19. I Will Always Love You – Whitney Houston

Whitney Houston always brought the house down with her riveting version of Dolly Parton’s “I Will Always Love You.”

Houston also makes our playlists of the best karaoke songs, best party songs, and best songs of all time.

Parton originally wrote the song as a farewell to her long-time business partner, who helped her rise to fame.

The country-turned-pop song is the best-selling single by a woman to date. It also won a Grammy Award for Record of the Year and Best Female Pop Vocal Performance in 1994.

“Tears In Heaven” is a song for those missing someone who has died.

The emotional lyrics describe the intense pain Clapton felt after the death of his four-year-old son in 1991. It also became a theme song on the soundtrack of the 1991 film Rush.

In 1992, the song won three Grammy Awards, including Best Male Pop Vocal Performance, Song of the Year, and Record of the Year.

Bon Jovi has more than one nostalgic song, which you can find on our best songs about memories playlist.

This particular power ballad talks about how a man loves a woman, but the woman has since moved on from him.

“Always” charted #1 in multiple countries, including Belgium, Canada, Ireland, and Switzerland, in 1994. The music video is also highly popular, reaching over 813 million views in March of 2022.

This soul song from Sam Smith also earned a spot on our best songs about money playlist.

“Lay Me Down” discusses the narrator’s heartache by either breaking up with a lover, being separated by distance, or losing them entirely to death.

“I’ll Be Missing You” is a great song to listen to when you’re missing someone who has passed away.

It’s actually a tribute song to the rapper, The Notorious B.I.G., who was murdered in 1997.

Puff Daddy comes to terms with his friend’s passing throughout the lyrics and looks forward to seeing him again on the other side.

This pop ballad is the perfect “I miss you like crazy” song.

The lyrics in “How Do I Live” walk through a woman’s realization that her man is the very breath in her body. She declares that she wouldn’t be able to survive if he ever left.

“Hey There Delilah” is a special song dedicated to steeplechase runner Delilah DiCrescenzo. Lead singer Tom Higgenson met her through a mutual friend and thought she was beautiful.

The song shares the story of a long-distance relationship and explores the emotions of being in one.

Another one of the best songs about missing someone is “Missing You” by John Waite.

This soft rock song describes the intense pain of missing a lost love but also the feeling of living in denial.

Bill Withers also makes other appearances on our list of easy songs to sing and what we think are the best songs to wake up to.

“Ain’t No Sunshine” is another sad song about missing someone you love. Its lyrics state that the sun doesn’t shine whenever Withers’ woman is away.

If you’re looking for one of the best nostalgic tunes about missing loved ones, “Thinkin Bout You” is your song.

This R&B hit talks about officially missing a love interest. In the song, Ocean also asks if that person thinks about him too.

9. Miss You – The Rolling Stones

“Miss You” is a disco-rock song written about the feeling of longing for someone you love.

The song was released amidst a love affair between frontman Mick Jagger and Jerry Hall. However, the lyrics seem to describe Jagger’s grief over losing his wife.

8. Wish You Were Here – Pink Floyd

This progressive rock hit from Pink Floyd is a song about feelings of detachment that some people experience throughout life.

Many believe the song was written as a tribute to ex-band member Syd Barrett who struggled with schizophrenia.

“Wish You Were Here” charted in multiple countries worldwide and earned a spot on Rolling Stone magazine’s 500 Greatest Songs of All Time in 2021.

“I Don’t Want To Miss a Thing” is a classic song inspired by an interview with James Brolin and Barbra Streisand in 1997 when Brolin said he missed Streisand even while they were sleeping.

Its lyrics profess the narrator’s love for his woman, stating that he never wants to miss a thing she does because he cares about her so much.

Nickelback released “Far Away” off their fifth studio album, All The Right Reasons, in 2005, which quickly tugged on listeners’ heartstrings worldwide.

The post-grunge song states that the narrator will always love a special person in their life no matter what. They are in love and completely committed to them for the long haul.

Here’s a heartfelt song for when you’re missing someone you used to call your lover.

The pop-rock hit talks about being abandoned by a significant other and the pain that ensues after they’ve left.

This is a great song to listen to if you’re missing your significant other after a breakup.

“I Miss You” is a pessimistic love song that compares the end of a relationship with being in a nightmare. It’s all about a woman’s impact on the male narrator and how he has to come to terms with her being gone.

The lyrics detail Blunt’s realization that he’d never be that woman’s lover again. It also explores the frustration of knowing someone you love is still out there in the world, but you can’t be with them.

Adele’s powerful pop hit, “Someone Like You,” is a perfect breakup song to listen to when you need a pick-me-up. It also makes our best prom songs playlist.

This is one of Adele’s many sad songs, inspired by her broken relationship with her life partner. The lyrics describe her struggle to come to terms with it.

It quickly became the best-selling single of the year in the UK in 2011. In addition, the heart-wrenching song received a Grammy Award for Best Pop Solo Performance in 2012.

1. Nothing Compares 2 U – Sinéad O’Connor

This heart-wrenching song was originally composed by Prince in 1985. However, Sinéad O’Connor released her version in 1990.

“Nothing Compares 2 U” features lyrics focusing on the broken-heartedness caused by a former lover.

In 1990, the power ballad went #1 on Billboard Alternative Songs and #2 on the Billboard Adult Contemporary chart. The music video also won Video of the Year, Best Female Video, and Best Post-Modern Video at the 1990 MTV Video Music Awards.

Hopefully, these songs about missing someone can reassure you that other people have gone through the same heartaches.

Whether it’s the emotional distance from a long-distance relationship or you’re missing people from your past, music is sure to bring some relief.

What’s the best song about missing someone you love, in your opinion? Leave a comment below.

The 100 Best Songs of All Time

23 Best Songs About Loneliness & Being Alone