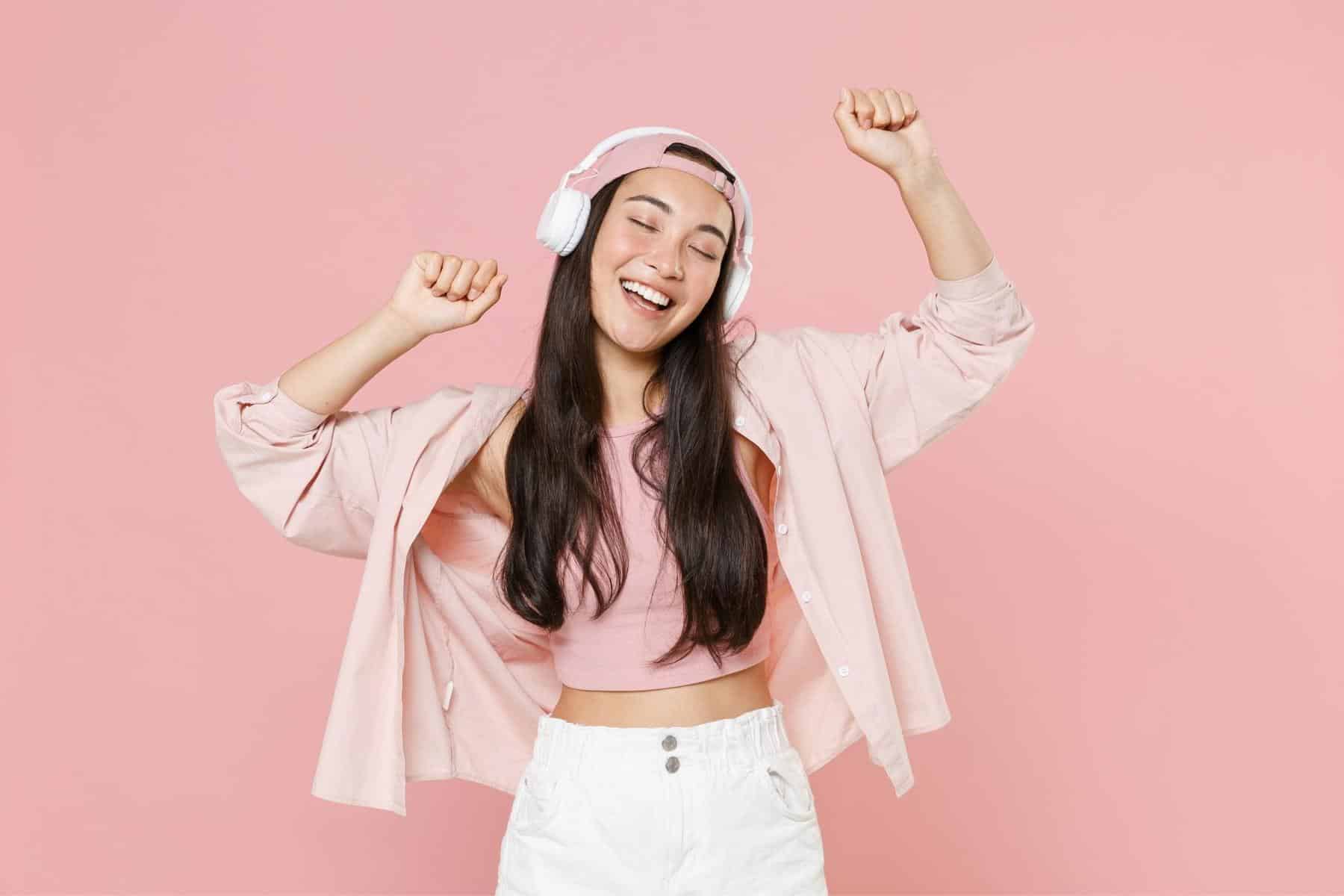 Songs about memories and good times have a way of transporting you back to better days.

These blasts from the past will make you feel just like you did back then and maybe even help you recreate some good times.

Throughout this article, you’ll find the best songs about good memories that’ll have you reminiscing all the precious moments in your life in no time.

The Best Songs About Memories And Good Times

We’ve compiled an incredible list of songs that talk about memories and good times, including everything from rock and pop to country and folk.

Here’s our playlist of the 21 best songs about memories and good times:

“Brown Eyed Girl” talks about an old lover and the incredible times they had together, from laughing and running around town to making love.

“Here’s To The Good Times” is a country song that concentrates on reliving great memories. It’s sure to bring up some emotion, whether laughing and drinking a beer or crying about a lost relationship.

The lyrics describe different memorable moments in the narrator’s life but, overall, focus on enjoying life itself.

This Thomas Rhett hit is one of the best country songs about memories, describing how he met his wife.

The beautiful lyrics detail his first date with his now-wife. It tells the story of how they met and fell in love, which ultimately led to them saying, “I do.”

The song debuted at #33 on the Billboard Country Airplay chart in 2017 and #13 on the Hot Country chart in the same year.

“Let The Good Times Roll” will surely trigger memories, but it won’t leave you there! This blues song encourages everyone, no matter their age, to have some fun and party it up.

Instead of concentrating on all the world’s problems, this song invites listeners to focus on the beauty of the moment.

This song will make you relive all the memories when you didn’t want to leave the party. These wonderful lyrics describe the singer’s desire to keep the good times going even though the day is gone.

One music critic even wrote that the song perfectly summed up what rock ‘n roll is all about.

“Unbelievable” is a good song to listen to when you’re feeling nostalgic and want to think about your younger days.

The electronic pop song describes the singers’ favorite childhood memories from the 90s, from their favorite TV shows to the video games they played.

The animated music video from 2015 has almost 10.5 million views on YouTube and nearly 21 million streams on Spotify today.

If you’re looking for a sentimental song, this Maroon 5 tune is perfect. The band also earned a spot on our list of best easy songs to sing and is one of the best TikTok songs to date.

Throughout the song, Adam Levine heads down memory lane, raising a glass to all the good times spent with his current friends and the loved ones he lost.

Another one of the best songs about memories is Al Green’s “For The Good Times,” written and recorded by Kris Kristofferson in 1970.

The song describes the tragic end of an intimate relationship, focusing on enjoying the moment rather than thinking of the sadness ahead.

The Ray Price version hit #1 on the Country and Western chart and #11 on the Pop Singles chart in 1970.

13. Thinking About You – Norah Jones

Some songs bring up emotional scenes from our past, and this one sure does it well (as do most blues songs).

“Thinking About You” features Jones singing about how many beautiful memories she had with a special someone.

However, she also realized that she needed to let him go. Either way, she tells him in the song, “I’ll be thinking about you.”

This emotional song earned a spot on the Billboard 100 in 2007. It was also one of the first songs available as a paid digital download.

“Family Business” is a rap song that pays tribute to Kanye West’s family. Kanye also appears on our best songs about money list with his song, “Gold Digger.”

It seems to be set inside of a family reunion of some sort, where West is talking to different family members. He describes the family stuff we all love and hate, from cooking to sharing embarrassing old photos.

The song has over 6.2 million views on YouTube, while Kanye boasts over 48 million Spotify followers.

MJ also took a spot on our list of best songs to wake up to and the best happy songs of all time.

This pop hit is a breakup song in which Jackson consistently asks his ex-lover if she “remembers the time” they fell in love when they first met and other memories of their relationship in the good old days.

In 1992, “Remember The Time” went #1 on the Billboard Hot R&B Singles and Mainstream Top 40 charts. It also secured spots within the top 10 in nine other countries in 1992.

Here’s a great song for all the Motown fans out there! If you’re looking to dance down memory lane, this one’s for you.

The common theme in this song is revisiting a relationship gone wrong or recounting a significant change in your life.

However, the song has hopeful undertones, focusing on the fact that we all have to adapt to our ever-changing tomorrow.

This psychedelic pop/soul song by the Supremes earned the #2 spot on the Billboard Hot 100 and #5 on the UK Singles chart in 1967.

“(You Want To) Make a Memory” is a classic rock song about remembering all these precious moments in life and making new memories with the people you love most.

The lyrics focus on going backward in time, remembering old feelings and the people you spent time with. It beautifully states that memories are sometimes the only things that can keep a relationship alive.

The Bon Jovi song peaked at the #27 spot on the Billboard Hot 100 in 2007. Also, in the same year, it earned a charting spot within the top 10 in Finland, Germany, Canada, Switzerland, the UK, Italy, and Scotland.

This feel-good tune encourages listeners to remember their youth in a positive way instead of focusing on their regrets.

Throughout this song, the artists sing about the “good old days” and how they each appreciate their experiences now that they are older and wiser.

“Glory Days” by Bruce Springsteen is a rock song perfect for revisiting your own “glory days” or making fun of them.

This classic song tells the tale of Springsteen’s random encounters with high school friends, from an old buddy who was a star baseball player to a girl who used to be the best-looking in school.

Throughout the lyrics, Springsteen claims that time leaves you with nothing but “boring stories of glory days.”

This country song by American singer-songwriter Niko Moon will make you feel super nostalgic. It’s also one of the most recent releases on this list, released in 2020.

Interestingly enough, Moon originally wrote the song for another artist but ended up keeping it for himself.

“Good Time” talks about a get-together with friends where everyone’s laughing, drinking, and hanging out around a campfire.

The tune hit #1 on the Billboard Country Airplay and Hot Country Songs charts. It also earned a spot in the top 10 Canada Country songs.

“Summer of ’69” is also on our best summer songs list, but it’s a great song for any time of year!

The lyrics will immediately take you back to simpler times. Bryan Adams sings of looking back on a past summer and remembering a former lover.

In 2000, the song won a Socan Classics Award for over 100,000 Canadian radio plays. And in 2021, it made the Official Charts Company’s list of biggest-selling summer songs in the UK.

The Black Eyed Peas are back again, returning after making appearances on our list of best sweet 16 songs and best prom songs.

“I Got a Feeling” is known as a “college anthem,” featuring lyrics that focus on forgetting about the pressures of life for a little while and partying it up.

This dance club hit rocked the music industry, winning a Grammy Award in 2010 for Best Pop Performance by a Duo or Group with Vocals.

As of 2011, it was also the first song ever to sell more than 7 million digital copies within the U.S.

This groovy tune features a fun disco beat that’ll make you move. It’s truly one of the best tunes for celebrating.

“Good Times” came after the recession started to fade and better days were on the horizon. The song’s simple and hopeful lyrics encourage listeners to leave their cares behind and have fun.

Rolling Stone ranked it at #68 on their list of the 500 Greatest Songs of All Time in 1979. It also was the best-selling 45 rpm single in Atlantic Records history during 1979.

“Girls Just Want To Have Fun” also makes our list of the best party songs and the best songs of all time.

This classic song is among the best in pop music, talking about a girl’s desire to have some fun and not worry about stupid rules.

“Don’t Stop Me Now” is a total classic, and Queen also makes our list of our best karaoke songs and best karaoke duets of all time, with a few other classic songs of theirs

This song focuses on an intense emotional and physical high, with the narrator begging the listeners not to ruin his vibe.

It hit #9 on the UK charts in 1978. Over the years, it has been used consistently in advertisements, TV shows, films, and covers by other bands.

There you have it, folks! We hope you’ve enjoyed our list of the best songs about memories and good times.

Add these songs to your playlist, so they’re ready for whenever you want to take a trip down memory lane.

What’s the best song about memories and good times, in your opinion? Leave a comment below.

The 27 Best Songs About Money