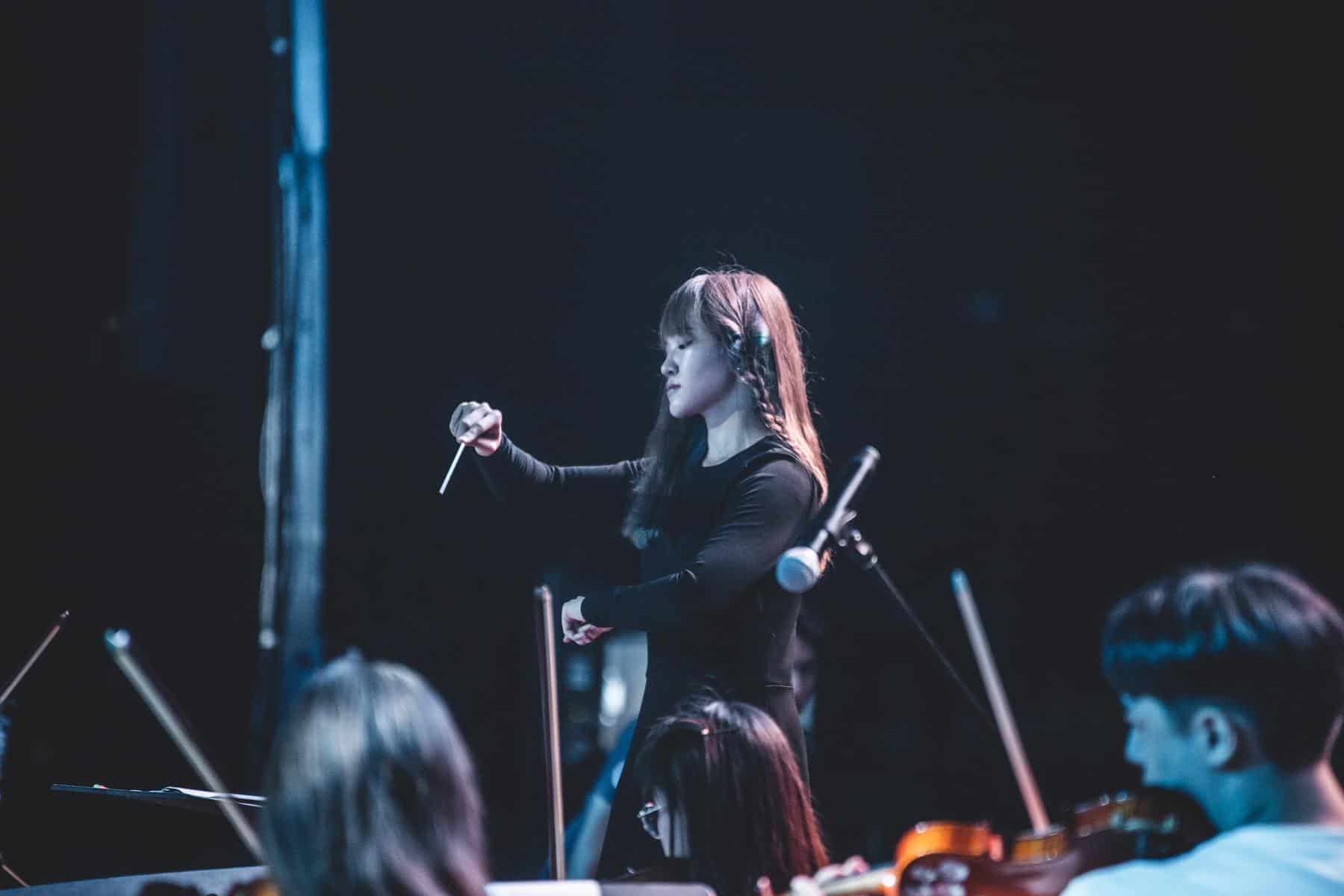 No doubt you’ve heard or seen both ‘cue the music’ and ‘queue the music.’ But which one is correct, and how do you know when to use them? Spoiler alert: they’re both right. They just need to be used in the proper context. Let us explain…

‘Cue the music’ is used when you want someone to play the music. Music conductors cue or signal the band or orchestra by raising their baton.

‘Queue the music’ implies you’re compiling a lineup or list of songs. In other words, you can queue the music (line it up) on a playlist that you will play later.

Since queue means “line” or lineup,” the word is used frequently in England to describe long lines of people. Queue is seldom used in America except in business settings, which we’ll discuss later.

So, now you have a better understanding of what they both mean, let’s look at this conundrum in more detail.

If you’re like us, word meanings and their context can have you scratching your head. And when they’re phonetically the same as our two words cue and queue, you start pulling your hair out!

So, does cue the music mean playing music or gathering together? Or is queue the music synonymous with music playing? Maybe they both mean the same thing, so who cares?

Adding to the conundrum are the other meanings to the word, cue. There’s cue stick, cue cards, and of course James Bond’s tech-sidekick, Q! Just joking about Q, but you get the picture.

Aside from giving you clear definitions of both words, we’ll examine their history and provide examples of how they function and are used in day-to-day life.

So, dust off your thinking cap, and let’s discover the difference between ‘cue the music’ and ‘queue the music.’

According to Dictionary.com, a cue is defined as a signal or stimulus to begin or start something. It can also mean a hint or encouragement.

Here’s an example of the latter from Jack London’s Call of the Wild:

“It was as a cue to him, seeming to rouse him to do what he would never have dreamed of doing.”

Directors and producers use cue in theater and the movies. Although teleprompters have replaced cue cards, they nevertheless serve the same purpose. The cue card (teleprompter) “signals” the actor what their lines are and when to say them.

Cue is also associated with sports. In the game of billiards, a cue stick is the stimulus (equipment) used to begin playing pool. It’s no wonder that the cue stick strikes the cue ball and begins (cues) the game.

Now let’s get to the good stuff: what it means to ‘cue the music.’

Let’s say your party is about to start. So you shout to your friend, “Hey, cue the music!” You’re signaling them to start playing your best party songs. You’re not suggesting they search Spotify and create a playlist. “Cue the music” means you want the songs to play.

Cue also applies to live music sets. When the maestro raises his baton, you perk up because you know he’s about to cue, or signal, the orchestra to perform.

When the lights dim at a rock concert, you go crazy! When the hall goes dark, you know it’s a signal to cue the music and start the show.

To better understand the meaning of this word, we need a brief history lesson. We can thank the French for creating the word queue.

Etymonline says that queue was first used in the late 15th century and meant “tail” or “tail of a beast.” By the 18th century, queue denoted “a long braid of hair hanging down behind.”

When queue made it to England, it evolved to mean “forming a line” or a “line of people.” To this day, queue is used frequently throughout the United Kingdom. However, if you were in the United States and chimed, “Look at the long queue!” you’d get some odd looks!

No matter what side of the Atlantic you’re on, the word queue is frequently associated with streaming services.

Used in this context, customers to services like Netflix or Spotify can add their favorite shows or music into their queue. The movies and songs aren’t playing; they’re “in line” waiting to be played.

Technically speaking, when you’re ready to print a document, you hit “print,” and it shoots to the printer. Here, it sits in the queue, or line, with the other documents waiting their turn to print.

But let’s cut to the chase: how does the meaning of queue work when dealing with your songs?

Let’s say you and your friends are going on a road trip. You need music to play, so you load up some of the best summer songs to get you going.

Next, you create a playlist like “Road Trip” and add your favorite songs. The music isn’t playing; it’s merely waiting “in line” ready to be played. Putting it another way, “Queue the music is a list of songs waiting to be played.”

So there we have it! We hope this article has given you a better understanding of the meaning and application of ‘cue the music’ and ‘queue the music.‘

As a refresher, remember that if you want your music to play, use “Cue the music.” If you are creating a playlist, use the phrase, “Queue the music.”

What Is Otacore Music? A Detailed Explanation

Where Do DJs Get Their Music?