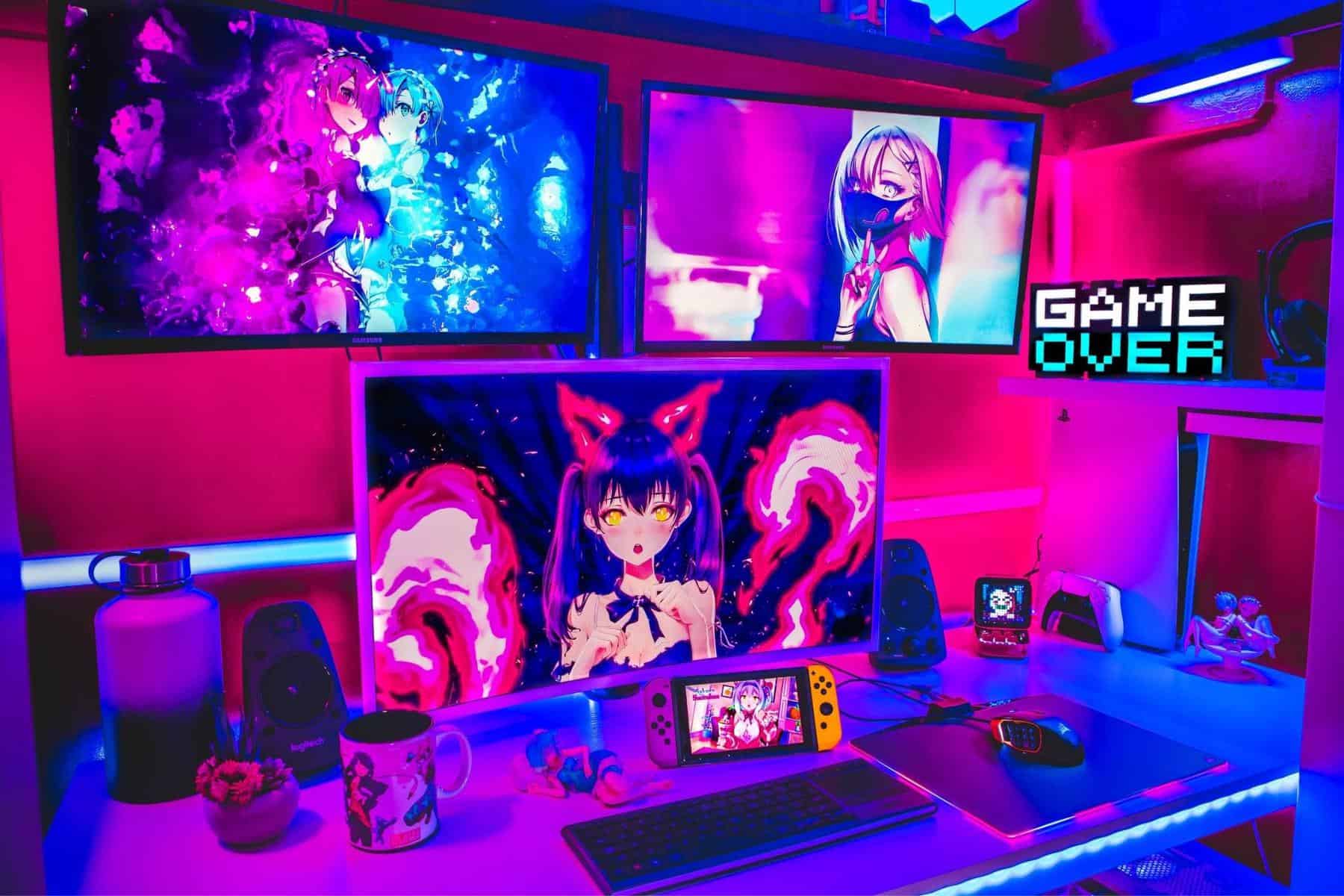 With a number of new music genres emerging in recent years, one, in particular, “Otacore,” has been making waves in the anime, manga, and gaming community.

Otacore is the music die-hard Japanese anime culture and computer game followers love. It’s a combination of “Otaku” and”core.” Otaku is the Japanese word for people obsessed with computers and pop culture. Core means a group of hardcore fans.

As there’s so much more to learn about Otacore music and culture, let’s dig a little deeper into this genre and see what it’s all about.

Otacore music is associated with anime culture, gaming fans, and computer nerds (“Otakus”) who are hardcore fans of the genre.

You can thank Spotify and the Every Noise at Once project for coining the term Otacore. This happened when Spotify did their end-of-year Spotify Wrapped summation that included music requested by anime fans.

To better grasp what Otacore is and isn’t, we’ll need to dive into Japanese culture for a better understanding.

In Japan, calling someone an “Otaku” is slang and a derogatory comment. It denotes someone so obsessed with a hobby that they never leave their home. And in Japanese culture, not engaging with others is considered offensive and shameful.

When those under the age of 30 are called Otaku in Japan, they consider the term a badge of honor. They view the word as meaning “nerd” or “geek” and consider being an Otaku a positive way to live. They want to disassociate from Japan’s focus on hard work and academia.

In the West, Otaku is associated with anime culture and manga: Japanese comic books and graphic novels. As with the youth of Japan, Otaku doesn’t have negative connotations in the West.

There are many definitions for core, with the best explanation for our use is defined as “a group of people.”

Breaking this down further, we’d call “a group of people” who love metal music hardcore fans. They live it, speak it, listen to it; you get the picture.

So Otacore fans are passionate about anime, manga, and video games. These fan communities are obsessed with music associated with anime and games.

Putting this all together, “Otaku” “core” are anime fans and computer nerds who are hardcore music fanatics of what Spotify has dubbed Otacore music.

Otacore artists create music that sounds like many other music genres. That is why trying to pin down what Otacore music sounds like is next to impossible.

As mentioned previously, Spotify categorized Otacore as a music genre back in 2020. Nowadays, what once was associated only with Japanese anime culture has exploded worldwide and has millions of devoted Otacore music fans.

As Otacore artists and music grow in popularity, institutions like Billboard may need to rethink their classification strategy.

To better grasp how Otacore is one of the most diverse music genres, let’s compare it to a familiar music genre: country music.

In country music, the songs have a recognizable sound. Country singers use instrumentation, chord progressions, melodies, and lyrics that all have familiar ring, whether it’s a classic or a contemporary hit.

When it plays on the radio, your brain connects the dots to conclude, “Yeah, that’s a country song.”But with Otacore, this isn’t the case.

The only common connection the Otacore music genre has is its hardcore music fans. Listen to these examples for a better understanding of Otacore’s diversity.

Omae Wa Mou. The song uses jazz chord changes and Latin-inspired percussions to carry the high-pitched vocals. Sonically, the production is light and cheery and not the type of song that would become a smash hit. But for Otacore fans, it’s become a top favorite.

Snail’s House-Hot Milk. Listen to this Otacore hit and then try to label it musically. It has computer sounds mixed with a hip-hop beat and short flighty melodies. Is it avant-garde hip-hop? Hipster computer-nerd dance music? Nope, it’s Otacore music!

The impact Otacore fans have had on Spotify is similar to that of TikTok, as you’ll discover in our roundup of the best TikTok songs.

Notable Spotify artists, found on Spotify’s playlist, The Sound of Otacore, are Linked Horizon, Black GryphOn, and Akano, to list only a few. Listen to “Insane” by Black GryphOn and compare it to how “Guren No Yumiya” by Linked Horizon sounds.

Because the bulk of Otacore is electronic music created on a computer, new artists sprout up daily, which adds more music to the Otacore genre and creates new Otacore superstars.

Ken Ashcorp is a prime example. Ken is an independent Otacore artist whose passion for anime and video games inspired him to create music. He has a huge YouTube fan base that is continuing to grow.

Hopefully, we’ve given you a clear explanation of what Otacore is, where it’s come from, and where it’s heading.

Otacore music is growing in popularity as anime culture discovers music from their favorite shows. Although the music genre is difficult to describe musically, Otacore artists will continue to impact Spotify and YouTube as their popularity spreads worldwide.

What do you think about Otacore music? Leave a comment below.

“I Do Not Own The Rights To This Music” – What Does It Mean?