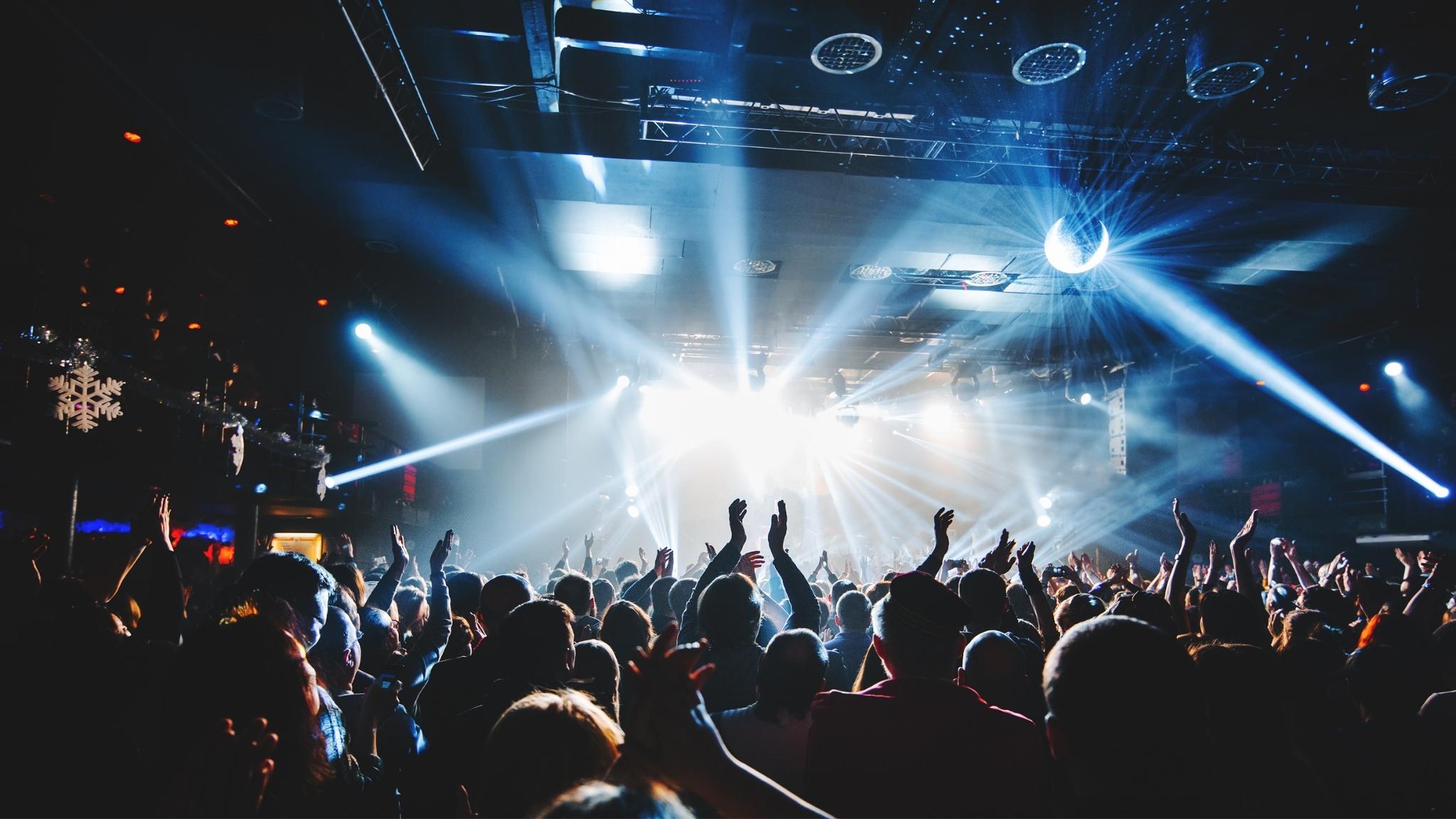 Music stimulates positive emotions, makes us reminisce about sad events in life, and can motivate workouts and signal military maneuvers. And it’s been scientifically proven that listening to music can help memory loss and heal the body.

Combined with the fact that music brings people together and impacts emotions, it’s easy to see why music is so powerful.

Music is powerful because it connects minds and emotions while bringing people together, no matter their differences. Through melody and rhythm, music breaks down barriers and helps us relate to one another.

Join us as we dive into the mystical powers music has to offer and the science behind why it’s so powerful.

They say that “music soothes the savage beast.” While we’re not suggesting you sing to a charging tiger, music is very powerful.

It’s a wonder how a song’s combination of sounds and beats can make grown men cry or charge into battle. Now that is power!

Like Boston sings in their timeless hit, “It’s more than a feeling when I hear that old song they used to play…”

We won’t be showcasing music genres, but if you’re curious about where your favorite music ranks, check out our article on the most popular music genres for a little more context.

Music Is The Universal Language

Henry Wadsworth Longfellow coined the phrase, “Music is the universal language of mankind.” Harvard scientists researched extensively to see if there was any truth to the wordsmith’s poem.

They discovered that in cultures worldwide, “music is associated with behaviors such as healing, dance, and love.” Although we don’t have time to discuss the differences between Western and Eastern music, we can add that every culture has music and songs.

Another aspect of this concept is how it pertains to music notation. Compositions for symphonies and choirs use recognizable icons to notate rhythm, pitch, and meter.

So what? Well, even if you created a symphony where no one spoke the same language, the musicians would know how to play a symphonic piece in harmony.

The Science Behind Music

While the science behind music is a deep dive into neurology (which isn’t our forte!), there are some basics we can consider.

When listening to music, your brain performs fantastical mathematical equations and calculations to convert a sound wave into a musical note. And then there are the beats to interpret and lyrics to comprehend.

Recent studies have scientifically proven that listening to certain music increases dopamine and endorphin levels. Here’s a brief description of each.

Trust us when we say we’ve only discussed the tip of the iceberg on this topic! But as you can surmise, the science behind music spills into the categories we’ll be exploring.

Scientists and medical professionals may quickly point to the science behind why our favorite song gives us an emotional response. But the bottom line is music listening makes us feel good and improves our mood.

Are you brokenhearted? Then a song about “moving on” or “getting back” will help. Is it the holidays? For better or worse, listening to classic carols can either relive childhood memories of joy or remind you of days you’d rather forget.

When a singer or instrumentalist plays a minor third interval, our brains associate this sound with sadness. This is one reason blues musicians predominantly use the minor third in their songs.

And recommend a song if you want to cheer up someone sad or inspire a friend to be courageous. Our songs about helping others playlist have some great examples.

Music has been used as a weapon to elicit negative emotions or the surrender of an enemy. Military and counterterrorism units have used loud music (typically heavy metal) to break down prisoners or terrorist groups.

A classic example of this was the siege by the ATF and FBI on David Karesh in Waco. To subdue Karesh and his followers, the FBI blared a cacophony of sounds and music at the compound.

Did the tactic work? No! In the book Waco: A Survivor’s Story by David Thibodeau, Karesh fired up their generator, moved the band’s gear upstairs, and “counterattacked” with loud rock music. It was a comic moment in an otherwise grim plot.

Music may not be able to alter how you look or grow physically, but since it dramatically impacts one’s mood, the fallout of this is enormous.

Let’s start with music for exercise. Like anything new, beginning a workout program can become challenging. But listening to your favorite songs helps keep you motivated. Over time, you get in better shape, endorphin levels rise to make you feel good, and you’ve toned up and lost weight.

“Okay, but the music didn’t do all of that!” True, but it contributed to the process.

Music has the power to bring people together. For example, football fans love singing a song to rally their team.

In so doing, thousands of strangers become friends who feel connected to the players. And if their team is victorious, the sensation that their singing contributed makes them feel good.

DJs and clubs draw people together who love to dance. When the best songs and beats are playing, a room full of people creates their own world full of hope and positive energy. If you’re curious about who the top DJs are, check out our list of the best DJs in the world right now.

Music unites military units and has been used in combat. For example, during military parades and marching exercises, drummers provide the tempo soldiers are to match in step, while the band plays the melody to encourage and entertain.

Music is used at military installations to communicate orders and give a sense of community. For example, when the bugler plays Reveille, soldiers know it’s time to wake up.

When Taps is played, it signals the day is over. Taps is also used at military funerals. In previous wars, buglers sounded attacks as well as retreats.

Let’s look in more detail at how music has the power to heal.

Board-certified music therapists use music in hospice and palliative care. Studies have shown that music listening improves the lives of patients in extreme pain or recently diagnosed with dementia or Alzheimer’s.

Even if you’re in your prime with little to no health issues, music listening makes sense in preventative care and improving your life.

Few things stimulate the brain, like music. Referring back to Boston’s “More Than A Feeling,” a song from your childhood will evoke memories (good or bad) from the past. If you haven’t heard a song in years, the brain quickly recalls images, places, emotions, and even scents long forgotten.

If you want to improve your memory, experts advise learning to play an instrument. You don’t have to become a pro, but practicing a few hours a week exercises your brain and improves problem-solving and attention span.

Music therapists use music to help dementia and Alzheimer’s patients recall memories and reduce stress. For example, when patients sing their favorite song, the music decreases troubled emotions. At the same time, caregivers savor the time to decompress from the tension while also enjoying the song.

Former musicians with dementia can often perform proficiently on their instruments. Even though they don’t know who is listening, family members comment that such moments make it feel like their loved one is whole.

If you live with stress and anxiety (and who doesn’t!), listen to music before reaching for the medicine cabinet. Researchers at Stanford discovered that listening to music alters the brain, similar to certain medications.

Generally speaking, music that is slower in tempo and considered more “laid back” works best in reducing anxiety. This includes World music, New age, Classical music, and Jazz, to name a few.

Check out our songs about sleep playlist for music to help you relax. But in the end, you have to be you! So if chilling to Enya isn’t your vibe, but metal is, then crank up Metallica and destress.

Doctors at Austria’s General Hospital of Salzburg found that when music was involved, patients recovering from back surgery healed faster and with less pain.

When slow music was played, the patient’s heart rate and blood pressure followed suit. This led to slower breathing, enabling patients to relax their neck, shoulder, and back muscles.

In Finland, doctors prescribed stroke patients a regimen of music to help them recuperate. As a result, patients who regularly listened to music improved their verbal memory and focused attention. Additionally, they had a better mood than patients who didn’t listen or only used audiobooks.

We hope you’ve gained an appreciation for the power of music. Songs can create positive emotions, make you happy, and are good for the soul.

Music connects us with friends and has the power to heal the mind, body, and spirit. Music may not stop a charging rhino, but it has the power to ease pain, stimulate brains, and be a voice for emotions we’re unable to express.

Now that you know some science behind this powerful art form, it’s no wonder everyone loves music!

Why do you think music is so powerful? Leave a comment below.