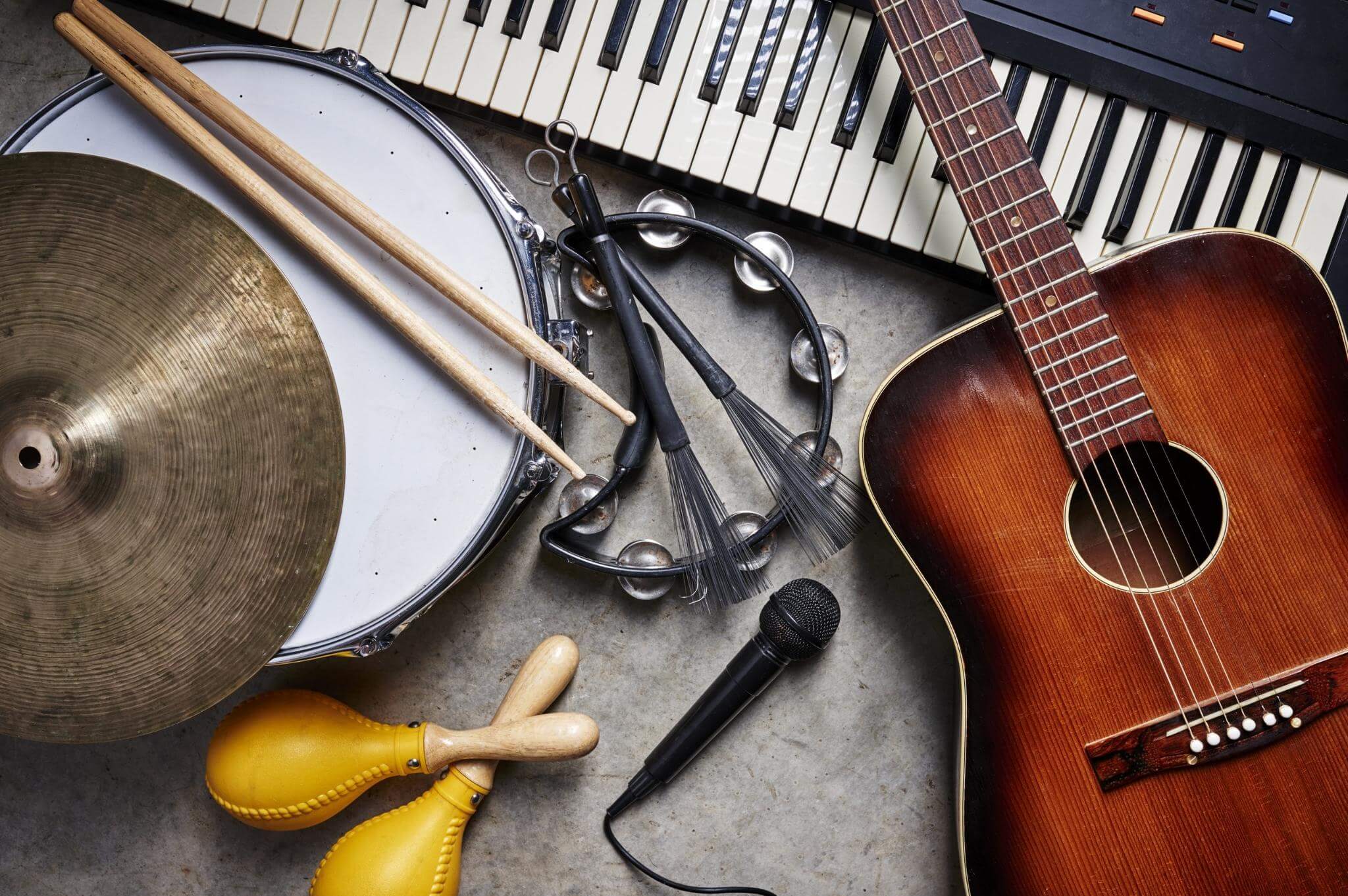 In its simplest form, music without lyrics is called instrumental music. While our answer is brief, the implications are massive.

Instrumental music can range from electronic dance music to solo releases by famed instrumentalists. It also includes elevator music, film scores, and world music, to list but a few.

Music without words is any song or composition that doesn’t incorporate sung words. But this doesn’t rule out the human voice as an instrument, which we’ll explain shortly.

So let’s explore instrumental music and how it can be recorded and performed. Who knows, you may discover some new instrumental songs to listen to along the way.

What Is Music Without Lyrics?

Although we don’t have documented proof of when this began, humming just a melody is the earliest example of instrumental music.

Picture a worker in the field humming a song or a mother humming a lullaby. From this simple form, instrumental music grew.

We’ll be looking at Classical, Electronic Dance Music (EDM), Jazz, Bluegrass, & Solo Instruments in more detail throughout the article to help solidify the answer to the question.

The types of instrumental music are massive when you consider the various instruments and nations contributing to this art form.

However, within these groups are subgroups that add to the number of options available for instrumental music.

Prime examples of this instrumental music are Beethoven’s Symphony No. 5 and Stravinsky’s “The Firebird Suite.” In addition, Chopin’s nocturne in E Flate Major is an excellent illustration of an instrumental composition for piano.

But not all classical music is void of lyrics. Handel’s Messiah uses an orchestra and a choir to sing the iconic “Hallelujah Chorus.” Wagner’s “Das Rheingold” opera is an example of instrumental music with words.

EDM (Electronic Dance Music) is one of the most popular music genres whose sound is synonymous with music without vocals. Clubs and raves pump out this high-energy music that features song after song of instrumental music.

While an occasional vocal phrase is sampled, most EDM songs are high-octane melodies and rhythms. The goal is to get crowds dancing by listening to the beats, not the lyrics.

For more insight into DJ music, check out our article on where DJs get their music, as it will give you every resource on the web for sourcing music.

Jazz is another example of instrumental songs without words. Jelly Roll Morton’s timeless rendition of “Tiger Rag” showcases his awe-inspiring prowess on the piano.

Contemporary artists include Chick Corea, Herbie Hancock, and Miles Davis. In addition, artists like Trombone Shorty and The Neville Brothers are examples of the New Orleans style.

Like classical music, not all jazz music is instrumental. Many jazz standards had lyrics sung by Billie Holliday, Ray Charles, and Ella Fitzgerald.

For an in-depth look at Alison Krause, check out where she ranks on our list of the best female country singers of all time. Spoiler alert! It’s pretty high!

While this is a more obscure category, solo instrumental music is another category to explore. Listeners can find recordings featuring every instrument imaginable.

A great example is “The Spirit of India,” which features compositions and performances by sitarist Ravi Shankar. A more familiar name is the acclaimed cellist Yo-Yo Ma, who has performed symphonic and contemporary songs on his cello.

Composer Philip Glass uses the human voice as an instrument in his composition “Music for Voices.” However, the choir sings syllables instead of actual lyrics, making the listener focus on the timbre of the human voice and not the words.

Now let’s look at the opposite end of the spectrum: music without instruments. Merriam-Webster defines this music style as “a cappella,” which means “in chapel or choir style.”

Here are some examples of a cappella music:

Choirs range in size and typically perform classical or religious music. Many are associated with universities, while the Mormon Tabernacle Choir is affiliated with a religion.

Most choirs are coed, but some feature all male or female singers. There are also choirs for children; the Vienna Boys Choir is one of the more famous.

This unaccompanied form of singing traditionally has four male singers. However, contemporary barbershop quartets may consist of coed groups or all-female ensembles.

Barbershop music has its unique sound featuring the four singers harmonizing each note of the melody.

Jazz a cappella groups are similar to barbershop quartets but use more diverse chords and harmonies. Many ensembles are associated with colleges and universities.

Contemporary groups like Pentatonix and Manhattan Transfer are professional groups. They’ve recorded everything from pop to jazz with even some chart success.

Instrumental music, especially solo recordings, is some of the best to use when you want to relax. You can focus on relaxation techniques without lyrics to distract you and find peace of mind.

Styles range from solo acoustic guitar recordings to artists and groups performing laid-back types commonly associated with New Age Music. Generally speaking, music for relaxation will use slow to medium tempos, be restrained, and not use loud or driving beats.

Similarly, instrumental songs are played in hotel and restaurant lobbies, in elevator music, and in doctors’ offices.

Nothing gets you pumped for a workout like music. Instructors use a song’s tempo to match the exercise they’re leading. And high-energy instrumental music like EDM is a top contender in this area.

Music without lyrics, or instrumental music, will never have the chart success that songs with lyrics do. But we hope we’ve shown you how vast and diverse the genre is.

More importantly, we hope you’ll explore the multifaceted world of instrumental music. You’ll find it soothes the soul, energizes one for exercise, and broadens your appreciation and love for other instruments.

What is music without lyrics called, in your opinion? Leave a comment below.

What Is An EP In Music?