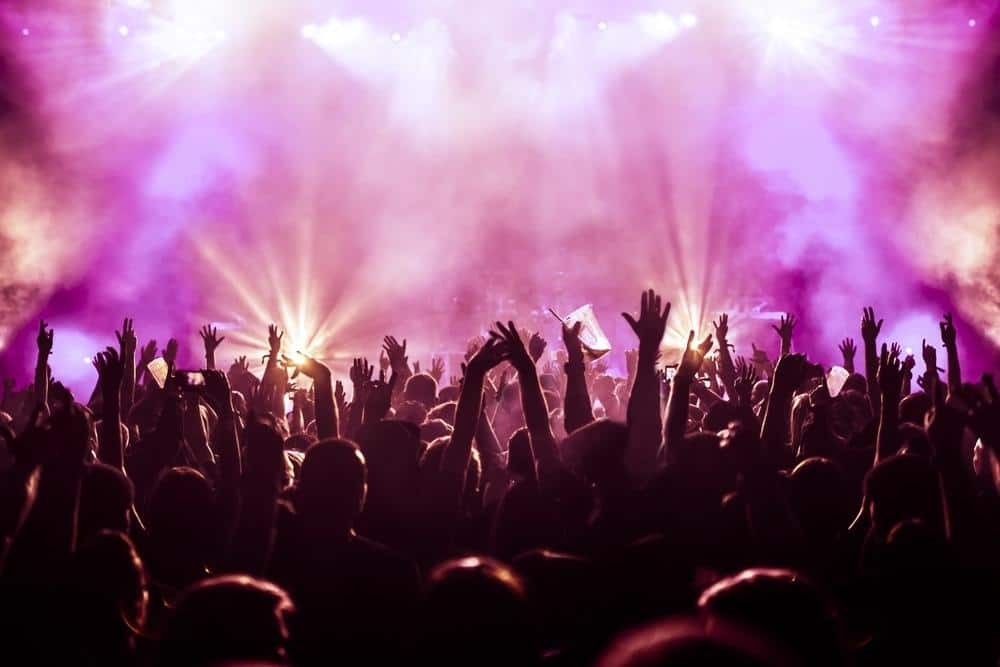 A music genre is a means to categorize music based on shared traditions and similar conventions. Genre classification is based on form, style, location, and subject matter.

While this is the academic answer, it doesn’t resonate with the average music lover. We select music based on how it makes us feel. So why bother learning about music genres?

Understanding the basics of music genres will broaden your appreciation for other music. If you’re serious about a career in the music business, such knowledge is vital.

A music genre is defined by form and geography with a “musical language” uniquely its own.

Whether you’re an aspiring artist, DJ, or love music, join us as we explore what a music genre is.

What Is A Music Genre?

With over 1,300 music genres, it’s easy to be overwhelmed! Since most of us tend to listen to a handful of genres for musical pleasure, we’ll skip going into detail about this massive list. We’ll save that for another post.

Since the dawn of time, music has been classified into genres. This is especially true in art music, classical, jazz, and folk. It wasn’t until the late 60’s that scholars began to wrestle with the question, “What is a music genre?”

Douglas Green established an academic definition in 1965. His book Form in Tonal Music focused on the various categories of classical music. This group has many subcategories, but here are the primary ones:

Douglas then listed subgenres within Renaissance, like madrigal, motet, canzona, ricercar, and dance. He based his categorization on similar styles and music forms. But this definition can be problematic since some music crosses over into other genres.

In 1982, Franco Fabbri freshly defined the music genre. “A musical genre is ‘a set of musical events (real or possible) whose course is governed by a definite set of socially accepted rules’.” Fabbri’s definition seems more plausible than Douglas’s, yet it is also lacking.

Musicologist Peter van der Merwe defined music genre entirely differently. He believes that genre and style are the same. And that genre should be described as a piece of music with “basic musical language.”

And then there are geographical nuances. Latin Music is a massive genre with subgenres like pop, jazz, and samba. African music is another genre that includes tribal music and pop artists like Johnny Clegg.

To recap, a music genre is defined by form and geography with a “musical language” uniquely its own. Now let’s zero in on some of the more prominent genres.

Below is a list of the most popular music genres. Notice that two are based on geography: Latin America and Korea.

Music genres help music industry companies know how to promote artists and bands. The biggest record labels in the world know that marketing a particular genre is paramount to success.

You don’t need to be a musicologist to realize that music from the 50s sounds different than today’s chart-toppers. Such progression is called musical evolution, so let’s examine this phenomenon in more detail.

The Evolution of Music Genres

Music and the arts typically reflect the era in which they existed. We’ll explore three genres in more detail below.

The Evolution of the Classical Music Genre

The classical period contains music written between 1730-1820. But most associate the classical music genre with the following subgroups:

The baroque music genre was from 1600-1750 and had some timeless masters. Johann Sebastian Bach composed countless classics. George Frideric Handel crafted “Messiah” which is still played worldwide at Christmas.

But the world changed, and so did the music. Baroque became “out of style” as new composers arrived on the scene. Mozart, Beethoven, and Schubert wrote music that transcended what Baroque composers wrote.

We won’t follow the complete classical music evolution, but you get the picture. Listen to the dissonance and odd meter of Stravinsky’s 1913 “The Rite of Spring” and compare that to Mozart’s pleasant “Eine Kleine Nachtmusik.”

The Evolution of the Jazz Genre

The 20s saw financial growth and expansion in America. While Prohibition tried to end alcohol distribution and consumption, it ignited the careers of bootleggers, gangsters, and jazz musicians.

In the 30s, The Great Depression changed the face of America’s economy. People were looking for an escape from their financial woes. They wanted to dance, and since Prohibition ended in 1933, people no longer had to drink illegally or fear getting arrested.

Jazz music shifted with these changing times, and the Big Band era was born. Big bands were large ensembles featuring brass and reed instruments accompanied by piano, upright bass, and drums. Some of the great bands were led by Duke Ellington, Benny Goodman, and Count Basie.

The 40s featured the Bebop (or Bop) Era, where fast improvisations and virtuosity were prominent, Bop enraged the older jazz musicians because bebop players incorporated all twelve chromatic scale notes.

During the Cold War period of the 50s, Bebop was replaced by Cool Jazz. If Bebop was noted for blazingly fast melodies, the cool era was the exact opposite. Solos were more straightforward, and drummers played softer and more laid-back. Pioneers in this jazz genre were Miles Davis, Dave Brubeck, and the Modern Jazz Quartet.

And we’d be remiss, not to mention jazz singers. Ella Fitzgerald is one of the best black female singers of all time. Today, jazz contains elements of traditional music while some blend other genres, which we’ll discuss in a bit.

The Evolution of the Rock Music Genre

Like our previous categories, rock music reflects the culture of its heyday. Elvis Presley lived in the 50s when drive-ins, Hoola hoops, and sock hops were vogue. His music emulates this time both lyrically and musically.

And then came the 60s. The Vietnam War, civil rights protests, the sexual revolution, and drug experimentation replaced the clean image of the 50s. Rock music changed with the times as well. The distorted guitar sound of Jimi Hendrix replaced the clear tone of 50s guitarists.

New genres were created as the music revolution of the 60s evolved. Hard-driving bands like Led Zeppelin and The Who pioneered hard rock. Bands like Jefferson Airplane wrote cryptic songs about using hallucinogenic drugs, ushering in the Psychedelic genre.

Disco music of the late 70s pushed aside the rebellious sounds of the 60s. However, many guitar riffs from that era are considered forbidden riffs today.

Another example is the fusion of classical music with pop. We doubt that when Ludwig van Beethoven composed Symphony No. 5, he envisioned it becoming a disco hit in 1978. Walter Murphy layered Beethoven’s iconic melody over synths and a disco groove to craft “A Fifth of Beethoven.”

Other examples include Maroon 5 borrowing from Pachelbel Canon in D for their hit “Memories.” Barry Manilow coined his 70s smash “Could it be Magic” based upon Chopin’s Prelude in C minor, Opus 28, No. 20.

We’ll end our discussion by focusing on Queen’s most notable hit: “Bohemian Rhapsody.” The genius of the composition is the fusion of many classical music elements with rock.

To begin, Queen used a rhapsody that incorporates various moods, tones, and colors. They combined a ballad with an operatic section and concluded with a coda. And added near the end is every headbanger’s moment! The band kicks into full rock mode with Brian May’s guitar leading the way!

As you can imagine, fusion creates endless possibilities for new genres.

Music is organic and artistic and sometimes defies labels. When this happens, a song or a composition becomes what is called a crossover.

While it may originate as pop music, it may cross over into country or rap music. What is unique about crossovers is that anything is possible, as you’ll soon discover.

Yo Yo-Ma is one of the world’s foremost cellists. He has countless classical recordings, but his Christmas release, Songs of Joy & Peace, crossed over into the pop charts. It was such a success that it won the 2010 Grammy for Best Classical Crossover Album.

The Christian music genre has its niche in radio stations, labels, and concert venues. In 1991, Amy Grant had a crossover hit with “Baby, Baby.”

In the same vein, country superstar Carrie Underwood has country hits that crossover into the Christian market. A prime example is “Jesus Take the Wheel.”

Selena was a massive star in the Hispanic market but virtually unknown on the Billboard pop charts.

A prestigious label offered Selena the opportunity to record a crossover album, but her manager murdered her before she finished. The incomplete album was eventually released, and she had several crossover hits.

Selena’s success paved the way in the 90s for more Hispanic crossovers. Jennifer Lopez not only became a music star but a film actress, too. Ricky Martin became an international superstar with his hit, “La Copa de la Vida.”

The country music genre has had plenty of crossover success throughout the years. One of the earliest was Patsy Cline’s 1961 hit, “Crazy.” Patsy’s life was cut short in a plane crash, but she is one of the best female country singers of all time.

But the most significant country crossover success goes to two ladies. In the late 90s, Shania Twain became an international megastar with her hit, “You’re Still the One.” Hot on her trail years later was Taylor Swift. Her hit, “Love Story,” made the young singer an international sensation.

Bob James’ 1974 album One featured an instrumental version of Roberta Flack’s “I Feel Like Making Love.” Being connected with the hit helped One have chart success. But James’ biggest crossover smash was the theme song for the TV show Taxi, “Angela.”

Chuck Mangione used his flugelhorn to compose a smash instrumental hit, “Feels So Good.” The 1976 and 1980 Olympics used Mangione’s music throughout the games.

Jazz keyboardist Herbie Hancock wrote his first crossover hit in 1973, “Chameleon.” A decade later, Herbie combined dance beats with what many hail as one of the first hip-hop hits: “Rockit.”

We hope our comprehensive study of music genres has given you an appreciation for songs and music history. While we only discussed the tip of the iceberg, you can see how diverse and unique music is as an art form.

We’ve learned that all music genres evolve, and new technology and fusion create new genres. While the topic can be overwhelming, remember that music genre is defined by form and geography with a “musical language” uniquely its own.

Can Anyone Learn To Sing?

What Is An EP In Music?