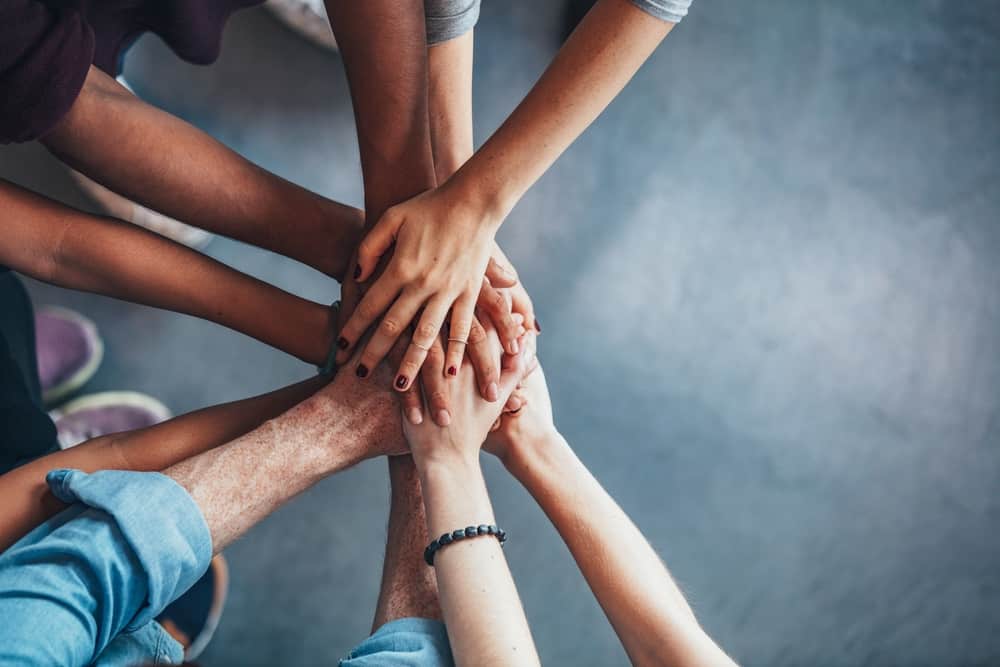 Countless artists have written songs about trust, exploring themes of betrayal and loyalty.

Many of us have experienced heartbreak after a romantic relationship or friendship ended, but we have also felt the satisfaction of knowing that our friend has our back.

From somber ballads to upbeat, inspiring tunes, there is no shortage of songs that describe the moral value of trust, so let’s look at some of the greatest!

The 23 Best Songs About Trust

We’ve listened to many songs centering around trust and honesty and picked what we think are the most impactful.

So without further ado, here’s our playlist of the 23 best songs about trust:

23. That’s What Friends Are For – Dionne Warwick

“That’s What Friends Are For” was originally recorded by Rod Stewart in 1982, but the most famous version was this 1985 cover by Dionne Warwick & Friends.

The group released this song as a charity single for AIDS research. Its lyrics encourage a person in need, letting them know they can always count on their friendship and support.

Etta James, one of the best female jazz singers of all time, recorded her version of “Trust In Me,” which was first made famous by soul singer Mildred Bailey in 1937.

This hit features a female narrator asking her lover to trust her and telling him that this trust will help them get through difficult times together.

This is the perfect tune for you if you’re looking for something with a pop/bluesy rock feel.

In the song, Mayer warns his significant other not to trust him with her heart because he has a bad habit of leaving when things get tough.

This tune comes from John Mayer’s 2006 album, Continuum, which won a Grammy Award for Best Pop Vocal Album in 2007.

If rock is more up your alley, you’ll love “God Only Knows” by The Beach Boys, which comes from their 1966 album Pet Sounds.

Brian Wilson wrote the song, which discusses the importance of ensuring trust and reliability are at the core of any relationship.

The song has been recorded by multiple esteemed artists, including Olivia Newton-John, Glen Campbell, Taylor Swift, and David Bowie. It also reached #39 on the Billboard Top 40 in 1966.

Canadian singer Justin Bieber is no stranger to songs about trust, and we felt this one definitely deserved a spot on this list.

“As I Am” was inspired by Bieber’s vows to his wife and how she can trust him to be with her through thick and thin.

The pop ballad charted at #13 on the Billboard Global 200 and cracked the top ten in Canada and Denmark.

American contemporary Christian singer Lauren Daigle released “Trust In You” from her debut studio album, How Can It Be, in 2016.

The song focuses on trusting God to be there for you, even in difficult times.

“Trust In You” won Pop/Contemporary Recorded Song of the Year at the 2016 GMA Dove Awards and topped the Billboard Christian Songs and Airplay charts in the same year.

This heavy metal song is Megadeth’s most successful single of all time and was released from their seventh studio album, Cryptic Writings, in 1997.

“Trust” shares how different relationships failed because of dishonesty and a lack of trust, specifically infidelity.

It peaked at #5 on the Billboard Mainstream Rock Tracks chart and was nominated for Best Metal Performance at the 1998 Grammy Awards.

In the ballad, a female narrator promises her partner that she is worthy of his trust.

This somber song starts with a man asking a woman to write him a list of the things she wants. However, she proceeds to write down what she wants from him, including trust, honesty, and sincerity.

Brent Faiyaz (whose real name is Christopher Brent Wood) penned one of the greatest songs about trust in the R&B genre in 1995.

“Trust” concentrates on the common desire of human beings to experience trust and close companionship.

The song became RIAA-certified platinum and reached 98th on the UK charts in 2018.

“Trust My Lonely” by Alessia Cara is one of the newer songs about trust on this list, released in 2018 on the singer’s album, The Pains of Growing.

It talks about the pain of being hurt by an ex and realizing that sometimes, we’re better off alone than in a toxic relationship.

Here’s a groove that’s perfect for cruising. “Trust” features the line, “I don’t trust myself when I’m around you,” and talks about how the male narrator acts like a fool around a woman he likes.

The pop song was released on the Jonas Brothers’ fifth studio album, Happiness Begins, which debuted at #1 on the Billboard 200 in 2019.

If you love Christina Perri’s music, we encourage you to check out our easy songs to sing playlist, which includes her song “A Thousand Years.”

“Trust” is the lead track to her 2014 album, Head or Heart, which debuted at #4 on the Billboard 200 and #6 on the Canadian Albums Chart in the same year.

Its lyrics concentrate on the difficulties of trusting people and constantly having to watch your back.

If you love OneRepublic’s synth-pop sound, you’ll appreciate their hit, “Marchin On,” which is one of the best songs about trust.

The popular tune talks about how, despite our mistakes and losing faith in our relationships, we can still push past them and repair what was broken.

As one of the most popular singers in the world, JB is always releasing hit love songs. This is one of them, which specifically focuses on trust.

Throughout the song, Bieber tells his girl ahead of time how they need to trust each other to succeed in their relationship.

This is the fourth track from the pop star’s fourth album, Purpose, which debuted at #1 on the Billboard 200 and received a nomination for Album of the Year at the 2017 Grammy Awards.

Bebe Rexha is one of the most popular female singers in the world, and she, like many artists, explores the feelings of trust and loyalty in her songs.

“Trust Fall” was released from Rexha’s 2021 album, Better Mistakes, and talks about how she wants to ensure her lover is completely loyal to her before falling in love with him.

Indie rock band, Kodaline released this hit as the lead single from their second album, Coming Up For Air, in 2015.

The song was inspired by a close friend whom the band members had a falling out with and focuses on losing your trust in someone.

5. From The Inside – Linkin Park

Released as the fourth single from Linkin Park’s album, Meteora, this hit is one of the more somber songs about trust.

The lyrics focus on the damage caused by trusting in the wrong person and struggling to learn how to trust people again.

Janis Joplin is ranked highly among the best female rock singers of all time, and this tune is one of her most famous covers.

“Trust Me” is one of the greatest songs about trust, originally written by Bobby Womack.

The narrator isn’t ready to settle down yet, but she asks her love interest if he’ll trust her through the process and give her love time to grow.

“Count On Me” is a tropical folk song featured on Bruno Mars’s 2010 debut album, Doo-Wop & Hooligans.

This uplifting song features a narrator who is reassuring a friend, letting them know he will always be there for them, no matter their life difficulties.

The hit took the top spot on the German Airplay charts and #2 in Slovenia and the Czech Republic.

This soulful tune is an important reminder to everyone who wants to start a romantic relationship. If you’re looking for a successful relationship, you must be completely honest with your significant other.

If you’re a Franklin fan, check out our best songs of all time playlist, which features her popular hit, “Respect.”

“Trust And Honesty” was released from Franklin’s twenty-seventh studio album, Love All the Hurt Way, which peaked at #4 on the Billboard R&B chart in 1981.

Billy Joel released this hard rock hit in 1986 from his album, The Bridge, which discusses the importance of building a foundation of trust in a romantic relationship.

If you love hitting the karaoke club, we suggest reading through our best karaoke songs playlist, which includes Billy Joel’s song “Uptown Girl.”

There you have it, the best songs about trust and honesty ever written.

These tunes remind us of how great it feels when you can count on someone and how terrible it is when someone lets you down.

We picked Billy Joel’s “A Matter Of Trust” as the top tune because of its popularity, catchy melody, and meaningful lyrics.

Whatever you’re going through, there’s bound to be a song on this list you can relate to. Trust us!

What’s the best song about trust and honesty, in your opinion? Leave a comment below.