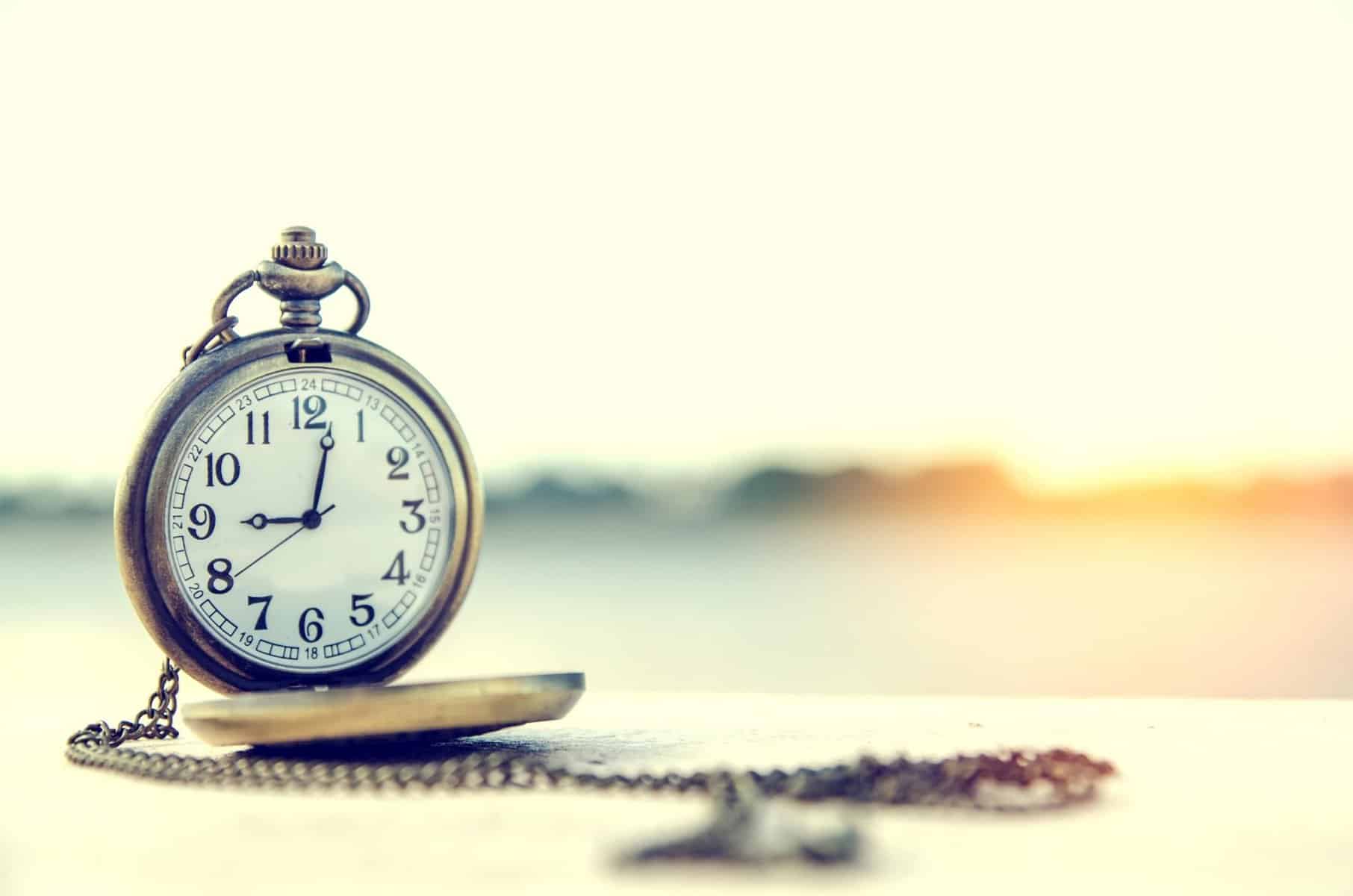 Countless songwriters and musicians have written and performed songs about time that we can all relate to.

Whether it’s passing you by or seems like it’s standing still, time is a truly fascinating thing. Sometimes you have a lot, and other times you wish you had more. So it’s no wonder why people love singing songs about it!

Keep reading to discover some of the greatest time-focused tunes ever produced.

After researching and listening to the music industry’s most popular time anthems, we’ve picked the ones we think deserve the most applause.

Here’s our playlist of the 23 best songs about time:

“Sign Of The Times” by solo artist Harry Styles was released off his self-titled debut studio album.

The lyrics were written from the perspective of a woman who has given birth but is told she won’t survive. Overall, this time song discusses how troubling this world can be.

The single earned a BMI Pop Award and Brit Award for British Artist Video of the Year in 2018 and reached #1 in the UK in 2017.

This alternative rock anthem was the fourth track from the band’s fourth album, One by One, which talks about how difficult times in life make us remember how much we appreciate our loved ones.

If you’re into the Foo Fighters, we suggest checking out our best 90s songs playlist, which features their song, “Learn To Fly.”

“Times Like These” took #1 on the UK Rock & Metal chart and #5 on both the Billboard Alternative Airplay and Mainstream Rock charts in 2003.

Blur released their hit pop song, “Out Of Time,” in 2003 from their seventh studio album, Think Tank.

Its lyrics focus on how our society has lost touch and also talk about band member Graham Coxon’s departure from the band.

This classic hit took the #1 spot on the Billboard Alternative Airplay chart and #2 on the Canadian Rock/Alternative chart in 1998 and 1999.

“Time Warp” was featured in the 1973 rock musical Rocky Horror Picture Show and is a popular song played at weddings and dances.

The tune serves as a parody of the dance genre and offers step-by-step instructions to perform the dance.

The Cars released this song on their debut, self-titled album in 1979.

This rock hit talks about going with the flow, letting life play out, and enjoying the times you have.

“Good Times Roll” reached #41 on the Billboard Hot 100 and was featured on multiple film soundtracks, including Wonderland (2003) and Just Like Heaven (2005).

17. Cats In The Cradle – Harry Chapin

“Cats In The Cradle” is a sad song about a father and son who are never able to be with each other due to the father’s scheduling conflicts at work.

The tune is a warning against choosing work over family and reminds people to ensure they are keeping their priorities straight.

“Time (Clock Of The Heart)” by Culture Club is the second single from their debut album, Kissing to Be Clever, released in 1982.

This new wave hit talks about how time is precious and shouldn’t be wasted on relationships that aren’t working out.

Here is one of the more somber Beatles songs, which focuses on a failed romantic relationship, where the woman has left the man because of something he did wrong.

If you’re a Beatles fan, then you should check out our best songs of all time playlist, which features their hit, “Strawberry Fields Forever.”

“Yesterday” was inducted into the Grammy Hall of Fame in 1997 and is also one of the most covered songs in music industry history, with over 2,200 versions.

“Remember The Time” was released from MJ’s eighth studio album, Dangerous, and will surely have you reminiscing about days gone by.

The R&B anthem features a male narrator asking a former lover if she remembers the times they shared when they were a couple. MJ also appears on our best songs about memories playlist with this hit.

13. Does Anybody Really Know What Time It Is – Chicago

This hit single from Chicago’s debut album, Chicago Transit Authority, was released in 1969.

“Does Anybody Really Know What Time It Is” talks about how we all should take the time to appreciate the little things in life instead of getting lost in our busyness.

This jazz song peaked at #2 on the Canadian RPM Top Singles chart and #5 on both the Billboard Adult Contemporary and Cash Box Top 100 charts in 1970 and 1971.

“Back In Time” is the theme song for the popular 1985 film, Back to the Future.

The lyrics summarize the movie, focusing on how the main character wants to explore the future but also wants to stay in his current time period.

This duet from the hit movie, Dirty Dancing is an upbeat love ballad that shares each person’s romantic feelings for the other.

The song was released in 1987 specifically for the soundtrack and is also featured on our best 80s songs playlist.

“Time Is Running Out” by English alt-rock band Muse is from the band’s third studio album, Absolution, released in 2003.

Although there are a few interpretations, the lyrics mainly focus on the fleeting nature of time and how it doesn’t stop for anyone.

Becoming Muse’s breakthrough hit, “Time Is Running Out,” peaked at #9 on the Billboard Modern Rock Tracks chart and #8 on the UK Singles Chart between 2003 and 2004.

If you’re looking for a song about wasting time, this one is perfect!

“(Sitting’ On) The Dock Of The Bay” was inspired by Redding’s experience staying at a boathouse and watching the ships coming in.

This soul track was the first-ever posthumous single to reach #1 in the United States, as Redding passed away in a plane crash three days after he recorded it. The tune also peaked at #3 on the UK Singles Chart in 1968.

Styx released “Too Much Time On My Hands” from their tenth album, Paradise Theatre, in 1981.

The lyrics talk about an unemployed man who hangs out at a local bar drinking his life away every day.

The tune features a female narrator who regrets losing a romantic relationship and wishes she could rewind time.

“If I Could Turn Back Time” earned the #3 spot on the Billboard Hot 100 and charted within the top ten across the country, including the UK, Canada, and Ireland in 1989.

6. One Moment In Time – Whitney Houston

“One Moment In Time” is an emotional ballad written for the 1988 Summer Olympics held in Seoul, South Korea.

The R&B song speaks about reaching the peak of your life and the fear and excitement that come with pursuing and achieving your dreams.

As one of the best songs about time, this tune topped the UK Singles Chart, the West German Media Control Top 100, and the U.S. Billboard Adult Contemporary Chart in 1988 and 1989.

British rock band, Coldplay, released this great song from their second album, A Rush of Blood to the Head, in 2002.

Like many songs about time, this one also centers around love. Its lyrics talk about a man involved in a tumultuous relationship who realizes he only has a short amount of time to repair the damage that’s occurred.

This classic song talks about how we all must accept that people come and go and that we need to value them while they’re here.

If you’re a Green Day fan and you’re feeling a little lonely, then check out our best songs about loneliness playlist, which features their hit, “Boulevard Of Broken Dreams.”

“Good Riddance (Time Of Your Life)” charted #2 on both the Billboard Alternative Airplay and Australian charts in 1997 and 1998.

3. Time Is On My Side – The Rolling Stones

“Time Is On My Side” was originally written by Jerry Ragovoy and recorded by jazz trombonist Kai Winding in 1963.

The Rolling Stones released their version in 1964, which features a male narrator who has lost his woman. However, he knows it’s only a matter of time before she comes back to him.

This sober soft rock tune focuses on personal relationships and how we are always there for the people we love, no matter what happens.

If you need a fun karaoke tune to sing, you’ll definitely want to check out our best karaoke songs playlist, which includes Cyndi Lauper’s song, “Girls Just Want To Have Fun.”

Pink Floyd’s “Time” is all about how time can pass by without many people even realizing it. The tune was released on the band’s eighth album, The Dark Side of the Moon.

If you’re a Pink Floyd fan and missing someone special, we suggest checking out our best songs about missing someone playlist and listening to their hit, “Wish You Were Here.”

The progressive rock song was used in the 2021 Marvel film, The Eternals and was certified Gold in Italy in 2009, selling 25,000 copies.

We hope you’ve enjoyed these songs about time and that they make a great addition to your playlist.

It’s true what they say: time is fleeting. So, what are you waiting for? Go make the most of it!

What’s the best song about time, in your opinion? Leave a comment below.