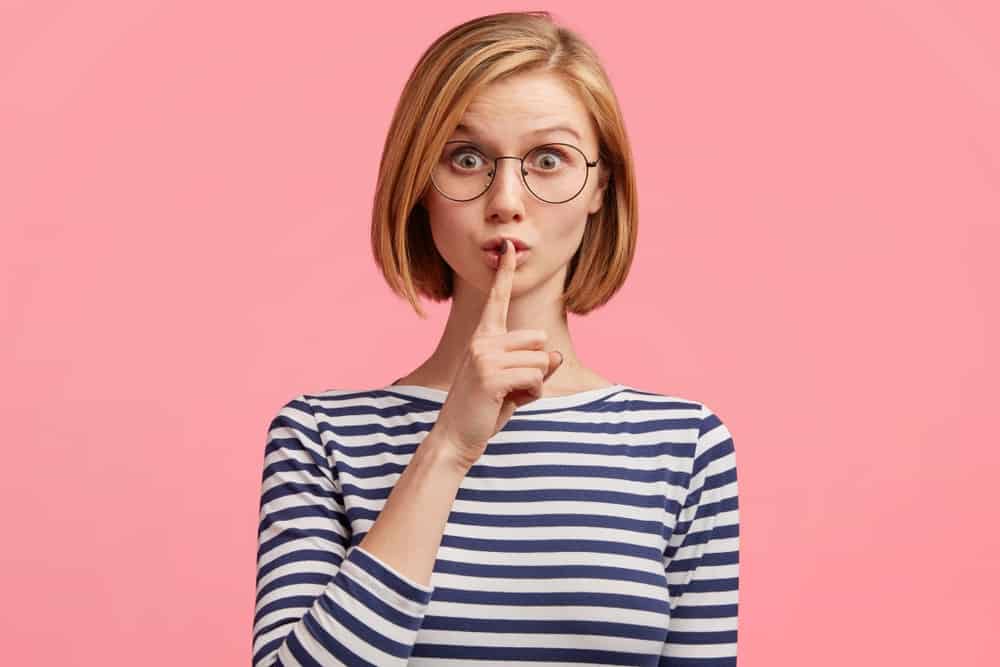 Honestly, songs about silence are pretty ironic. But that hasn’t stopped countless artists from exploring themes of silence, stillness, and quiet in their music.

These tunes serve as a reminder to us all to sit back, relax, and breathe.

Whether you want to escape the chaos of your busy life or you’re just taking a moment to reflect, these tracks will make an excellent addition to your playlist.

Sometimes all we really need is a momentary break from the noise around us; fortunately, music can offer us that peaceful respite.

So, with that being said, here’s our playlist of the 21 best songs about silence:

Calvin Harris, one of the best DJs in the world, released “Awooga” from his highly successful third studio album, 18 Months, which was released in 2012.

Harris sings about his desire to overcome insomnia, enjoy the silence, and finally go to sleep peacefully.

This beautiful song talks about how physical closeness with a significant other can help people manage anxiety.

One of the best rock bands of the 60s, The Beatles, released this hit in 1965 about a man who is complacent and isn’t getting anywhere in life.

If you’re looking for the best karaoke songs, “Hey Jude” by the Beatles is an excellent choice.

Here’s a rock tune for all of you who have been labeled the “quiet ones” and hate that people perceive you that way.

This song is the singer’s way of telling listeners that he’s not really quiet, even though everyone thinks he is.

This tune brags about the rapper’s rhyming skills, which should be respected when he’s on stage. He clearly states that everyone should be quiet as he performs.

If you’re a fan of N.W.A., check out our best 80s songs playlist, which includes their hit, “Straight Outta Compton.”

If indie rock is more your style, we think you’ll appreciate this hit from the American indie rock band, Pavement.

“Silence Kid” talks about a young, jaded kid who is encouraged to adopt a more open personality. Interestingly enough, this hit is widely known as “Silence Kit” because of an ink stain on the back of the album cover that blotted out the “d.”

If you’re in more of a depressed state of mind, “Quiet Times” is an excellent pop song for you and comes from Dido’s third studio album, Safe Trip Home.

This ballad is about being with someone who is depressed and the feeling of being with them without actually being able to get through to them.

“Quiet Times” has been featured on the popular TV show Grey’s Anatomy and reached #65 on the Czech Republic Airplay chart in 2009.

Although the lyrics are highly symbolic, the tune seems to talk about the idea of grief and how each person grieves in their own way, even though it is a shared experience.

The Victorialand album by the Scottish alt-rock band reached #10 on the UK Albums chart in 1986.

Soul and blues artist Garnet Mimms released this hit in 1963, which quickly became a popular tune among the beach music community.

This song is about a man’s struggle to find peace and quiet in his apartment complex and his longing to move somewhere new.

Its novel lyrics are certainly up for interpretation, but many believe they speak of an apathetic person or the difficulties of raising an angsty teenager.

If you’re a New Order fan, we suggest checking our best songs of all time playlist, which features their hit, “Blue Monday.”

11. In A Silent Way/It’s About That Time – Miles Davis

This piece from American jazz trumpeter and composer Miles Davis is actually a combination of two songs, “In A Silent Way” and “It’s About That Time,” which were released from his 1969 album.

“In A Silent Way” is more of a softer, atmospheric tune, while “It’s About That Time” is louder and more energetic. Although each is completely instrumental, they both have a way of transporting you into another realm.

In 1969, the album reached #134 on the Billboard Top LPs chart and was featured in the film, Symbiopsychotaxiplasm in 1968.

This power pop hit is the perfect song to listen to anytime and anywhere, whether you’re in the mood for dancing or just cruising around in your car.

The Go-Go’s “Our Lips Are Sealed” is all about keeping secrets and was inspired by lead singer Belinda Carlisle’s relationship with a guy who already had a girlfriend.

“Better Be Quiet Now” is a haunting ballad about being afraid of dying after realizing you haven’t lived a good, satisfying life.

If you’re in the mood for something more electronic, you’ll love this tune from The Knife’s third studio album of the same name.

The Swedish electronic music duo released “Silent Shout” in 2006, which discusses the frustration of being unable to communicate something important to someone.

7. Silenced By The Night – Keane

The lead single’s lyrics talk about how a man’s romantic relationship was negatively impacted but that he believes their love will flourish again.

6. The Sound Of Silence – Disturbed

In 2015, approximately fifty years after Simon & Garfunkel released the original recording, heavy metal band, Disturbed made their own version of “The Sound Of Silence.”

According to some speculators, the metaphorical lyrics speak of a society of isolated people who have lost their ability to communicate.

“Silence” was released in 2017 and featured popular music producer and DJ, Marshmello, and American singer-songwriter, Khalid.

The lyrics describe the singer’s desire to overcome his fears of developing meaningful relationships instead of staying trapped in silence.

This song stemmed from Khalid’s life and how he was always moving as a child, making it difficult for him to make friends.

The dance track peaked at #3 in the UK and made it to #1 on both the Billboard Dance Club Songs and Hot Dance Club/Electronic Songs charts between 2017 and 2018.

Although originally performed by Betty Hutton in 1951, Icelandic musician, Björk recorded her version and released it on her second album, Post, in 1995.

This haunting song reflects on the quietness before being in a relationship and how the excitement and eventual heartbreak ruin the peace.

Are you a Björk fan? Then check out our best 90s songs playlist, which features their track “Big Time Sensuality.”

“It’s Oh So Quiet” reached #4 in the UK, where it remained for fifteen weeks consecutively.

This hit song reflects on a man’s romantic relationship and how he prefers to stay silent rather than risk harming the other person with his words.

In 1991, the tune won a Brit Award for Best British Single and earned #1 on the Billboard Alternative Airplay chart.

“Hush” was originally written for Billy Joe Royal but was recorded by Deep Purple in 1968.

The tune is about a man so deeply in love with his significant other that he’ll stop what he’s doing whenever he thinks she’s calling his name.

This psychedelic rock hit made it to #4 on the Billboard Hot 100 and took the #2 spot on the Canadian charts in 1968.

1. The Sound Of Silence – Simon & Garfunkel

Folk-rock duo Simon & Garfunkel released “The Sound Of Silence” in 1964 through one of the biggest record labels in the world, Columbia Records.

Many believe the song warns the public about the dangers of not communicating with others and becoming introverts due to the new technology of TVs entering the scene in the late 60s.

Between 1965 and 1968, it charted #1 on the Billboard Hot 100 and U.S. Cash Box Top 100. As one of the group’s greatest hits, “The Sound Of Silence” was also selected for preservation in the National Recording Registry by the Library of Congress in 2012.

The best songs about silence can help us cope with highly stressful times. Of course, none of us are immune to life’s anxieties, but we can count on music when we need a pick-me-up.

We selected Simon & Garfunkel’s “The Sound Of Silence” as our top pick because it’s a timeless hit with profound lyrics and charted within the top ten in multiple countries.

We hope this list of tracks can help you unwind whatever you’re going through!

What’s the best song about silence, in your opinion? Leave a comment below.