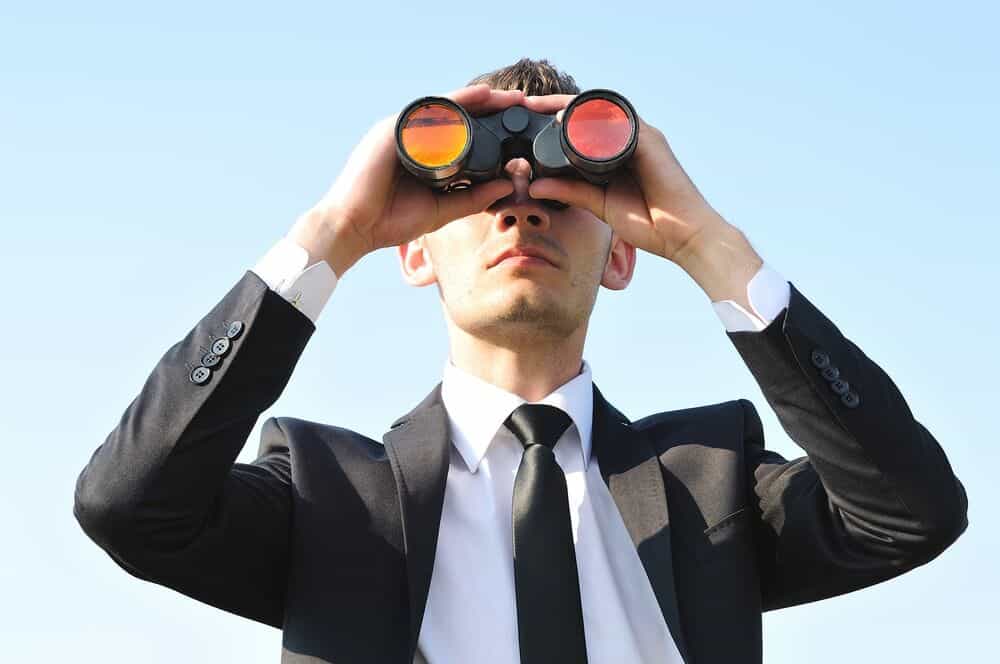 When we can’t find what we’re looking for, the best songs about searching offer comfort and encouragement that we’re not alone in this giant treasure hunt of life.

From lofty dreams of fame and fortune to the pursuit of peace, we’ve all got something we’re waiting to discover.

Whether you’re looking for inner peace, a romantic relationship, or a new job, we promise you’ll find a relatable song in this list.

The 21 Best Songs About Searching

Thousands of artists have written hits about finding true love, pursuing success, and seeking answers to life’s many questions.

Whatever you’re searching for, let’s start your journey off right with some quality music.

Here’s our playlist of the 21 best songs about searching:

Bon Jovi released “Runaway” as their debut single in 1983, which led to early success for the group, especially on the radio.

This tune shares the story of a young girl who doesn’t get any attention from her parents, so she chooses to run away from home in search of a better life.

If you’re a fan of Bon Jovi, take a look at our best songs of all time playlist, and you’ll find his hit, “Livin’ On A Prayer.”

This powerful pop ballad is for those who have recently experienced a breakup and are searching for a new special someone.

Adele’s “Someone Like You” reflects on the pain of a lost relationship but the hope of finding someone else who is better for you.

“Someone Like You” received a Grammy Award for Best Pop Solo Performance and was nominated for British Single at the 2012 Brit Awards.

“Tangled Up In Blue” entered the scene in 1975 as the title track to his fifteenth studio album, Blood on the Tracks.

The lyrics speak of different people and how they all were looking for love in all the wrong places.

The folk-inspired track made it to #31 on the Billboard Hot 100 in 1975 and has been recorded by countless artists, from KT Tunstall to Jerry Garcia.

Here’s a soft rock hit from 1974 that’s sure to encourage you, especially if you’ve been doing some soul-searching.

“(I’ve Been) Searchin’ So Long” talks about a man who has experienced an epiphany and realized that his life truly does have meaning.

“In Your Eyes” by English rock star Peter Gabriel was inspired by the love between an individual and God or a romantic relationship and how finding love solves life’s problems.

If you’re a Gabriel superfan, you’ll be excited to know that he also produced one of the best music videos of all time, his 1986 hit, “Sledgehammer.”

The pop-rock hit soared to the top of the Billboard Hot Mainstream Rock Tracks chart and #26 on the Hot 100 in 1986.

Although “Lookin’ For A Love” was originally written for The Valentinos in 1962, Bobby Womack recorded a solo version in 1974, which became massively successful.

The song’s lyrics focus on a man who desperately wants to find love but is stuck searching endlessly for a good woman.

One of the best singers of all time, Adele, released her piano ballad, “Hello,” from her third studio album, 25, in 2015.

The emotional song discusses the confusion and heartbreak of life and the process of getting to the other side of the hardships we face.

“Hello” earned a Grammy Award for Record of the Year, Song of the Year, and Best Pop Solo Performance in 2017.

14. Call Off The Search – Katie Melua

“Call Off The Search” is the title track of Katie Melua’s debut album of the same name, which was recorded in 2004.

This dramatic bluesy song tells the story of a girl who has finally found the love of her life, so she can stop searching for him.

These are for all who are sick and tired of being lied to, especially in politics.

“Gimme Some Truth” was released in 1971 as a protest song from John Lennon’s album, Imagine, and talks about his own frustration with deceptive, hypocritical politicians and his longing for the truth.

“Have You Seen Her” was written by Barbara Acklin and The Chi-Lites’ lead singer, Eugene Record, in 1971.

This soul hit tells the story of a man who used to be in a healthy romantic relationship, but his love has left him. After the breakup, he searches for happiness by telling jokes to local children.

If you’re in the dancing mood, you should definitely push play on this club-style hit by Rihanna.

“Where Have You Been” is an upbeat song that features the singer questioning why she hasn’t met the right lover yet even though she’s been searching everywhere.

This pop anthem peaked at #5 on the Billboard Hot 100 and was nominated for a Grammy Award for Best Pop Solo Performance in 2013.

10. Man In The Mirror – Michael Jackson

“Man In The Mirror” is a reflective tune that invites listeners to search their hearts to find what needs to be changed for them to make a difference in the world.

In search of a quality karaoke tune? Then we suggest checking out our best karaoke songs playlist, which features MJ’s timeless classic, “Billie Jean.”

This mega-hit was nominated for Record of the Year at the 1989 Grammy Awards and also took the #1 spot on the Billboard Hot 100 for two consecutive weeks in the same year.

If R&B and soul are more your vibes, then you should check out this smooth classic from the legendary Roy Ayers, which talks about how we all need someone to relate to.

The lyrics describe a man’s longing to find someone who “feels and needs the same” as him.

“Learn To Fly” was included on the Foo Fighters’ third studio album from 1999, titled There Is Nothing Left To Lose, and is about searching for inspiration or things that make you feel alive.

Interestingly enough, our best 90s songs playlist also features this classic, so check it out if you’re interested in hearing more.

As the band’s first-ever song to chart on the Billboard Hot 100, “Learn To Fly” earned the #19 spot and also peaked within the top 40 in multiple countries, including Poland, the UK, and Hungary, in 1999.

This lively dance hit was inspired by a 1987 poem by Wyn Cooper titled “Fun” and is sure to get you moving!

“All I Wanna Do” centers around the simple theme of a woman who just wants to let loose, drink, and have some fun.

The song was released in 1994, peaking at #2 on the Billboard Hot 100 and earning a Grammy Award for Record of the Year and Best Female Pop Vocal in 1995.

American singer-songwriter Olivia O’Brien released this song as a promotional single and her third-ever solo release in 2016.

This tune features OBrien reminiscing on how she was unable to give her former significant other what he was looking for in their relationship.

“Lookin’ For Love” was released in 1980 as the soundtrack of the movie Urban Cowboy.

In the song, Johnny Lee describes how, in the past, he had searched for love in the wrong places, but now that he found a lover, he could stop his hunt.

4. The Search Is Over – Survivor

Survivor enjoyed mainstream success thanks to this power ballad from 1985, “The Search Is Over,” which talks about a man who was friends with a girl and didn’t realize that she was the perfect person for him all along.

If you’re looking for more famous hits from Survivor, check out our best 80s songs playlist, which includes their 1982 hit, “Eye Of The Tiger.”

“Something Just Like This” is an EDM/pop tune from The Chainsmokers’ debut album, Memories…Do Not Open, and Coldplay’s Kaleidoscope EP, which came out in 2017.

The lyrics feature a male narrator who tells listeners that he isn’t looking for a perfect relationship but just an ordinary love that’s beautiful in its own way.

The track received worldwide success, reaching #2 in the UK and #3 on the Billboard Hot 100 in addition to receiving Grammy nominations for Best Pop Duo/Group Performance in 2018.

If you’re looking for something more old-school rock, you won’t be disappointed with this classic from The Coasters.

The plot of this rock ‘n roll and R&B-themed hit is all about a man’s desperation to find his woman, even if that means he needs to hire a detective.

“Searchin’ topped the R&B chart for twelve straight weeks and earned the #3 spot on the Billboard Hot 100 in 1957.

Our #1 pick for the best songs about searching is “I Still Haven’t Found What I’m Looking For” by U2, which was inspired by gospel music.

Many believe the lyrics discuss a person’s search for spiritual enlightenment or love, but lead singer Bono has said it’s more of a song about doubt and the unending search for meaning in life.

The best songs about searching are always there to enjoy, whether you’re seeking justice, forgiveness, companionship, or simply doing some personal soul-searching.

We felt “I Still Haven’t Found What I’m Looking For” by U2 deserved the top spot because of its incredible storyline and impressive accolades, including Grammy nominations for Record of the Year and Song of the Year in 1988.

Regardless of what you’re trying to find, we hope you discover exactly what you’re looking for!

What’s the best song about searching, in your opinion? Leave a comment below.