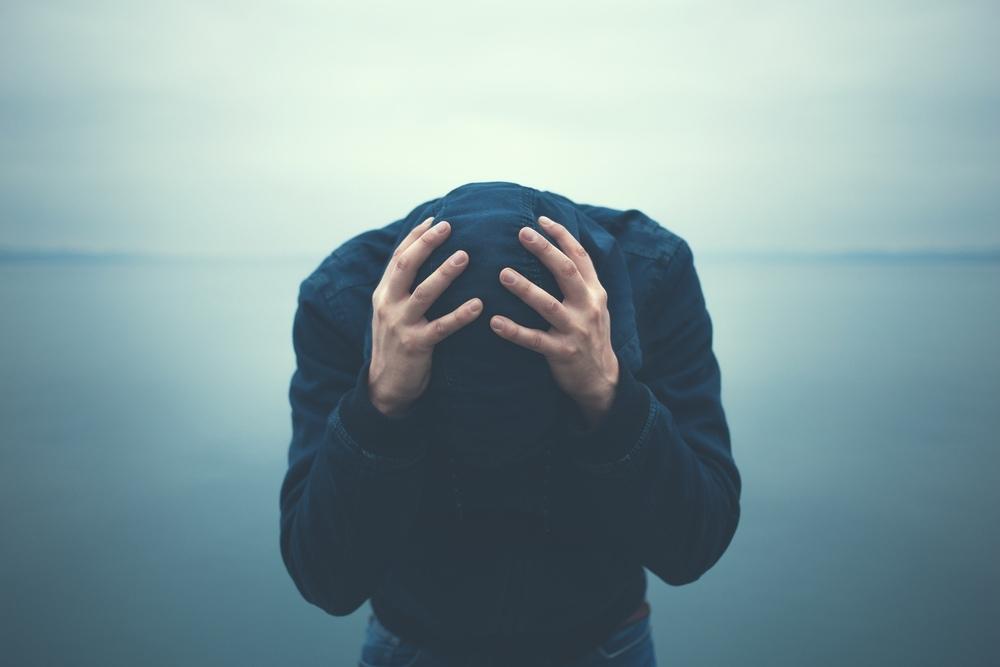 We all go through our hard times, and listening to songs about pain is often one of the best ways to cope.

Countless musicians have written about this topic because it’s so relatable.

So, whether you’ve gone through a bad breakup, lost a loved one, or are just feeling low, we’re sure you’ll find a song or two in this playlist to help you make it through your difficult time.

After thoroughly researching and listening, we’ve chosen what we think are the most heart-wrenching hits of all time.

Here’s our playlist of the 23 best songs about pain, suffering, & hurt:

“Fall” was released as the second single from Clay Walker’s 2007 album of the same name.

In the track, a male narrator addresses his significant other, who is currently going through a hard time, and offers her moral support.

Here’s a classic pop song from the early 2000s that will surely be the pick-me-up you need after a tough day. “Bad Day” was released from singer-songwriter Daniel Powter’s self-titled studio album in 2005.

The song reminds listeners experiencing difficult times to stay hopeful and know that things will eventually get better.

“Bad Day” charted within the top five in over ten countries in 2005 and was the first song to sell two million digital copies in the U.S.

The video also became the eighth most-watched music video in 2006, gaining 9.8 million views within a year of its release.

“My Immortal” is a power ballad from Evanescence’s debut studio album, Fallen.

The lyrics describe a female character constantly tormented by fear and bad memories.

The standard interpretation is that the woman fell in love with someone who eventually took advantage of her and caused her pain.

The tune was also nominated for Best Pop Performance by a Duo or Group with Vocals at the 2005 Grammy Awards.

“Broken” is based on the real-life experience of Shaun Morgan, who struggled through a divorce and the pain of moving away from his family.

Gary Allan released “Life Ain’t Always Beautiful” from his 2006 album Tough All Over.

The lyrics express the reality that sometimes life isn’t what we imagine it to be and how we all experience ups and downs.

This song peaked at #4 on the Billboard Hot Country Songs chart and #20 on the Canadian Country chart in 2006.

Sometimes the greatest songs start as jokes, and that’s exactly the case with this one from John Mellencamp! John’s friend George suggested the song title, “Hurts So Good,” and he wrote it in three minutes.

This heartland rock hit talks about a man in love who knows his woman will hurt him in the end, but he doesn’t care.

“Hurts So Good” earned Mellencamp a Grammy Award for Best Rock Vocal Performance in 1983 and took the #2 spot on the Billboard Hot 100 in 1982.

The song describes feeling numb to everything around you and how annoying and inescapable that feeling can be.

This rock hit took the top spot on the Billboard Mainstream Rock and Alternative Airplay charts in the U.S. and the Canadian Rock charts in 2006 and 2007.

If you’ve ever wanted to numb your pain, you’re in good company with Green Day, as this song is about wanting life’s issues to disappear.

If you’re a fan of Green Day, then check out our best 90s songs playlist, which features “Good Riddance (Time Of Your Life).”

“Give Me Novocaine” was released from Green Day’s seventh studio album, American Idiot, which won Best Rock Album at the 2005 Grammy Awards and charted #1 on the Billboard 200 between 2004 and 2006.

“Love Hurts” was originally recorded by the Everly Brothers in 1960 but gained popularity when Nazareth released their hard rock version.

The song features a male narrator who describes the passion and pain of young love and how it will only end in heartbreak.

If you’re looking for a sad country song, this one is about as emotional as it gets.

“Whiskey Lullaby,” tells the story of a man who goes off to war and, when he comes back, finds out his wife has cheated on him. All the pain is too much for him, and he ends up killing himself, which then causes his wife to do the same.

The lyrics talk about a man and woman struggling to love each other, but the man is pursuing her despite the painful relationship.

The song explains the agony of being in love and how hurt feelings from arguments can cause so much emotional pain.

11. What Hurts The Most – Rascal Flatts

This country song was released from Rascal Flatts’ album, Me and My Gang, and focuses on how we shouldn’t wait to tell people we love them because nothing hurts worse than losing someone without having told them.

If you’re a fan of Rascal Flatts, check out our best songs about helping others playlist, which includes their hit, “I Won’t Let Go.”

The lyrics are about empathizing with the people you love and supporting them through chronic illnesses and are based on Thomas’s wife, Mari, who has an autoimmune disease.

“Feel No Pain” encourages listeners to treat those in poverty with respect and do what they can to help those people make it through financial turmoil.

Make sure you’ve got a box of tissues nearby when you listen to this one by Eric Clapton, which also appears in the 1991 film Rush.

This emotional song was inspired by the loss of Clapton’s four-year-old son, who tragically passed away after falling out of a New York City apartment window.

In 1993, this track won three Grammy Awards, one for Best Male Pop Vocal Performance, one for Song of the Year, and one for Record of the Year.

“Someone Like You” is a powerful pop tune inspired by Adele’s broken romantic relationship and her struggle to come to terms with it. The song was released on the singer’s second studio album, 21.

If you’re into Adele, we suggest checking out our best karaoke songs playlist, which also features this song.

In the UK, the track was the best-selling single of 2011; in 2012, it won a Grammy Award for Best Pop Solo Performance.

In addition, the song won Award Winning Song at the BMI Awards and Best International Song at the NRJ Music Awards in 2012.

6. Do You Really Want To Hurt Me – Culture Club

If you’re looking for something in the new wave genre, this 1982 hit from Culture Club surely will not disappoint.

“Do You Really Want To Hurt Me” talks about all the guys the band’s lead singer, Boy George, dated in his lifetime and how his relationships always ended in heartbreak.

The song topped charts worldwide, including in Australia, Canada, Denmark, Ireland, France, and Sweden, and also took the #2 spot on the Billboard Hot 100 in 1982 and 1983.

5. While My Guitar Gently Weeps – The Beatles

“While My Guitar Gently Weeps” was released from The Beatles’ self-titled 1968 album.

The rock tune was written by lead guitarist George Harrison after reading a Chinese book, I Ching, and discusses Harrison’s sadness as he sees the unrealized potential for universal love.

It also serves as a commentary on the tension within the band when they were recording the album.

Although this particular tune did not chart, the album topped charts worldwide between 1968 and 1970, from France and Finland to the U.S. and the UK.

“Hurt” is a powerful piano ballad that served as the second single from Aguilera’s fifth studio album, Back to Basics.

The song describes the painful emotions of a woman who has just lost a loved one and regrets blaming them for their problems.

In addition, the music video won Best Video and Best Direction of a Female Artist at the 2007 MVPA Awards.

3. Nothing Compares 2 U – Sinéad O’Connor

Prince wrote this emotional song in 1985, and O’Connor released her version in 1990 from her second album, I Do Not Want What I Haven’t Got.

The somber tune is about the emotional wound of a broken romantic relationship. Our best songs of all time playlist also include this hit from Sinéad O’Connor.

“Nothing Compares 2 U” reached #1 on the Billboard Alternative and Adult Contemporary charts and won Best Female Video at the MTV Video Music Awards in 1990.

“Hurt” was originally a Nine Inch Nails song, but Johnny Cash recorded his version in 2002.

The lyrics make a few references to self-harm and heroin addiction, and many believe it refers to Cash’s life and his struggle with addiction.

You can check out our top 10 country singers with deep voices list, which also features Johnny Cash and tells more about his rise to fame.

The music video is known as one of the saddest of all time and won a Grammy Award for Best Short Form Music Video in 2004. The song peaked at #33 on the Billboard Alternative Airplay chart and #56 on the Hot Country Songs chart in 2003.

Here’s a song you can always count on when you feel like you’re about to lose hope. “Everybody Hurts” was released from R.E.M.’s eighth studio album, Automatic for the People.

The alternative rock song reminds listeners that they aren’t alone in their suffering and was written to prevent people from committing suicide.

If you’re a fan of R.E.M., check out our best 80s songs playlist, which features their popular tune, “The One I Love.”

We hope these songs about pain will help you grieve, bring you comfort, and better understand your feelings about whatever situation you’re facing.

It’s truly some of the most challenging times in life that have inspired the greatest music.

What’s the best song about pain, suffering, & hurt, in your opinion? Leave a comment below.