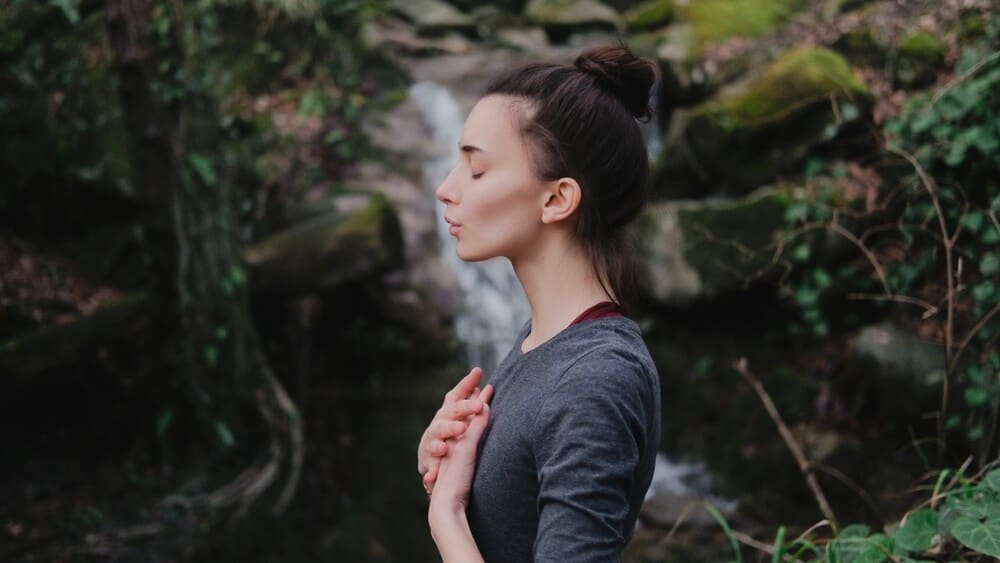 There are plenty of songs about breathing, each highlighting in some way how it’s the essence of life.

Countless singers and songwriters have produced tracks focusing on breathing, from classic love songs to somber ballads about losing loved ones.

Take a deep breath, and let’s dive into the greatest hits about this topic!

The 27 Best Songs About Breathing

There’s a reason everyone seems to say, “just breathe!” Your breathing impacts your entire body, from regulating blood pressure and heart rate to influencing your mood.

So, without further ado, here’s our playlist of the 27 best songs about breathing:

“Breathe (2 AM)” is the debut single released in 2004 by singer-songwriter Anna Nalick.

The lyrics tell three stories, one about an unwanted pregnancy, one about an alcoholic soldier, and another about the vulnerability of songwriting.

26. The Air That I Breathe – The Hollies

“The Air That I Breathe” is about a man who feels fulfilled by his significant other and features a list of things he can live without as long as he has her in his life.

In 1974, this tune peaked at #2 on the UK Singles chart and reached #1 in the Netherlands.

“Breathe In Breathe Out” was released on Kanye West’s debut studio album from 2004, The College Dropout.

Many believe this track is satirical about mainstream rap and how rappers only seem to rap about “money, hoes, and rims.”

24. It Only Hurts When I’m Breathing – Shania Twain

Here’s a country-pop tune from Shania Twain’s fourth album, Up!, which talks about a woman who can’t get over a tragic breakup.

If you’re looking for the perfect karaoke tune, check out our best karaoke songs of all time playlist, which features Twain’s mega-hit, “Man! I Feel Like A Woman.”

“It Only Hurts When I’m Breathing” peaked at #18 on the Billboard Hot Country Songs chart in 2004.

This track is all about the art of seduction and tempting a love interest to make the first move.

22. The Breath You Take – George Strait

Legendary country singer George Strait sure knows how to make you cry!

The somber lyrics focus on the importance of valuing every moment, no matter if it’s big or small, because life is precious.

In 2011, “The Breath You Take” won a Grammy Award for Best Country Song and peaked at #6 on the Billboard Hot Country Songs chart.

If you’re in the mood for something more in the disco-pop genre, then this hit by one of the most popular singers in the world, The Weeknd, should be on your playlist.

This song focuses on a woman attempting to seduce the narrator and how he succumbs to her advances.

Kelly Clarkson released this electropop song as the lead single from her Greatest Hits – Chapter One album in 2012.

“Catch My Breath” is about Clarkson’s road to success, from her American Idol win in 2002 to where she is now as an artist.

This pop anthem earned the top spot on the Billboard Dance Club Songs chart and #2 on the Adult Contemporary chart.

19. Breath Away From Heaven – George Harrison

“Breath Away From Heaven” was released from George Harrison’s last studio album, Cloud Nine, in 1987.

It’s a classic love song from the male perspective that focuses on how his lover’s beauty takes his breath away.

If you’re into heavy metal, you should check out this song by one of the best female metal singers of all time, Evanescence.

“My Last Breath” talks about a girl who passes away in the arms of the one she loves after telling him how she feels.

Fallen became the sixth best-selling album of the 21st century and debuted at #7 on the Billboard 200 in 2002.

This funk-rock anthem from 2002 is a perfect addition to any rock lover’s playlist!

“Harder To Breathe” was written about Maroon 5’s record label and how they felt smothered by them after being forced to produce certain songs.

“Take A Breath” was part of the Jonas Brothers’ second eponymous studio album from 2007.

This pop-punk tune discusses how life moves so fast and how we all need to take a moment to slow down and breathe.

The album became the Jonas Brothers’ best-selling album, selling over 2.4 million copies in the U.S. alone and reaching #1 in Venezuela in 2007.

Country music sensation Faith Hill was the top pop single in 2000, and it’s the perfect song for lovers!

“Breathe” is an intimate song about being in love with someone and feeling them breathe as they lay beside you.

The track won a Grammy Award for Best Female Country Vocal Performance and the Billboard Music Awards Hot 100 Single of the Year in 2000.

“You Take My Breath Away” is from Queen’s fifth studio album, A Day at the Races, which talks about feeling breathless when you’re in love.

If you’re a Queen fan, check out our best songs of all time playlist, which includes their hit, “Bohemian Rhapsody.”

This hard rock tune topped the UK Albums chart in 1967 and placed #5 on the Billboard 200.

Here’s an R&B hit perfect for a rainy day when you miss the one you love.

The lyrics talk about the singer’s regrets about not loving his woman the way she deserved and the pain of her not being there with him.

This folk-pop hit was released on Swift’s second album, Fearless, in 2008.

“Breathe” expresses the heartbreak of ending a close relationship with someone without it being anyone’s fault.

If you’ve been having a hard day, month, or even year, this is a great song to add to your go-to playlist.

“Still Breathing” tells the stories of different people facing various challenges but focuses on their survival.

This alternative rock hit took #1 on the Billboard Rock Airplay and Canada Rock charts and #2 on the UK Rock & Metal chart in 2016.

“No Air” is a duet between American Idol winner Jordin Sparks and R&B singer Chris Brown, released in 2008.

The lyrics revolve around a dying relationship and the intense pain and breathlessness that follows the breakup.

The official music video won Best Heartbreak Video at the BET Pre-Awards in 2008, while the song made it to #1 on the UK Hip Hop/R&B chart.

Kate Bush is one of the best 80s female singers, which is all the more reason to check out her hit from 1980.

“Breathing” is an eccentric and sobering tune about a fetus experiencing a nuclear war while still in its mother’s womb.

If you’re looking for a sensual woman empowerment anthem, you’ve come to the right song!

This R&B dance hit features the ladies asking their male love interests if they can satisfy them in the bedroom.

“Lose My Breath” received a Grammy nomination for Best R&B Vocal Performance by a Duo or Group and charted #1 in the U.S. in 2004.

“Breathe Me” is an indie pop song from Sia’s 2004 album, Colour the Small One.

The lyrics seem to cry for help amidst feelings of depression and worthlessness.

6. Breathe In Breathe Out – Mat Kearney

Mat Kearney released this tune from his second album, entitled Nothing Left to Lose, in 2006.

“Breathe In Breathe Out” is sung from the perspective of Jesus Christ, who tells listeners to unleash their feelings to him and that he will be their support system.

Kearney’s album earned #4 on the Billboard Christian Albums chart and #2 on the Heatseekers Albums chart.

This catchy pop song comes from Ariana Grande’s fourth album, Sweetener, which was released in 2018.

“Breathin'” is about Grande’s struggles with panic attacks, PTSD, and anxiety, which she started experiencing after a bombing at one of her concerts.

We’ll admit the music video for this one is a little creepy, but it’s still a great song nonetheless.

“Breathe” also appears on our best 90s songs playlist and is commonly believed to be a warning to people not to get caught up in drug addiction.

3. Every Breath You Take – The Police

“Every Breath You Take” is often thought of as a romantic love song, but in reality, it’s about a stalker who watches a woman’s every move.

This hit by The Police is also featured on our best 80s songs playlist, and we think you’ll agree that it’s well-deserved!

In 1984, the tune earned a Grammy Award for Song of the Year and Best Pop Performance by Duo or Group with Vocal.

Pink Floyd released this progressive rock song from their 1973 album, The Dark Side of the Moon.

Its dark lyrics describe a man telling a baby to breathe, enjoy existence, and never settle for the monotony of life.

“Breathe” became certified gold in Italy and certified silver in the UK and has also been famously recorded by popular pop duo Capital Cities.

1. Take My Breath Away – Berlin

“Take My Breath Away” was written specifically for the 1986 movie Top Gun.

This new-wave hit focuses on the breathtaking feeling of love, centering on the attraction between the film’s main characters.

The song topped the charts worldwide and won an Academy Award and Golden Globe Award for Best Original Song in 1986.

We hope you’ve been able to relate to at least one of these songs about breathing.

We selected Berlin’s “Take My Breath Away” as the top song due to its huge commercial success and variety of impressive awards and accolades.

Whether you need to calm down amid a frustrating situation or simply trying to better your overall health, these hits are sure to help.

What’s the best song about breathing, in your opinion? Leave a comment below.