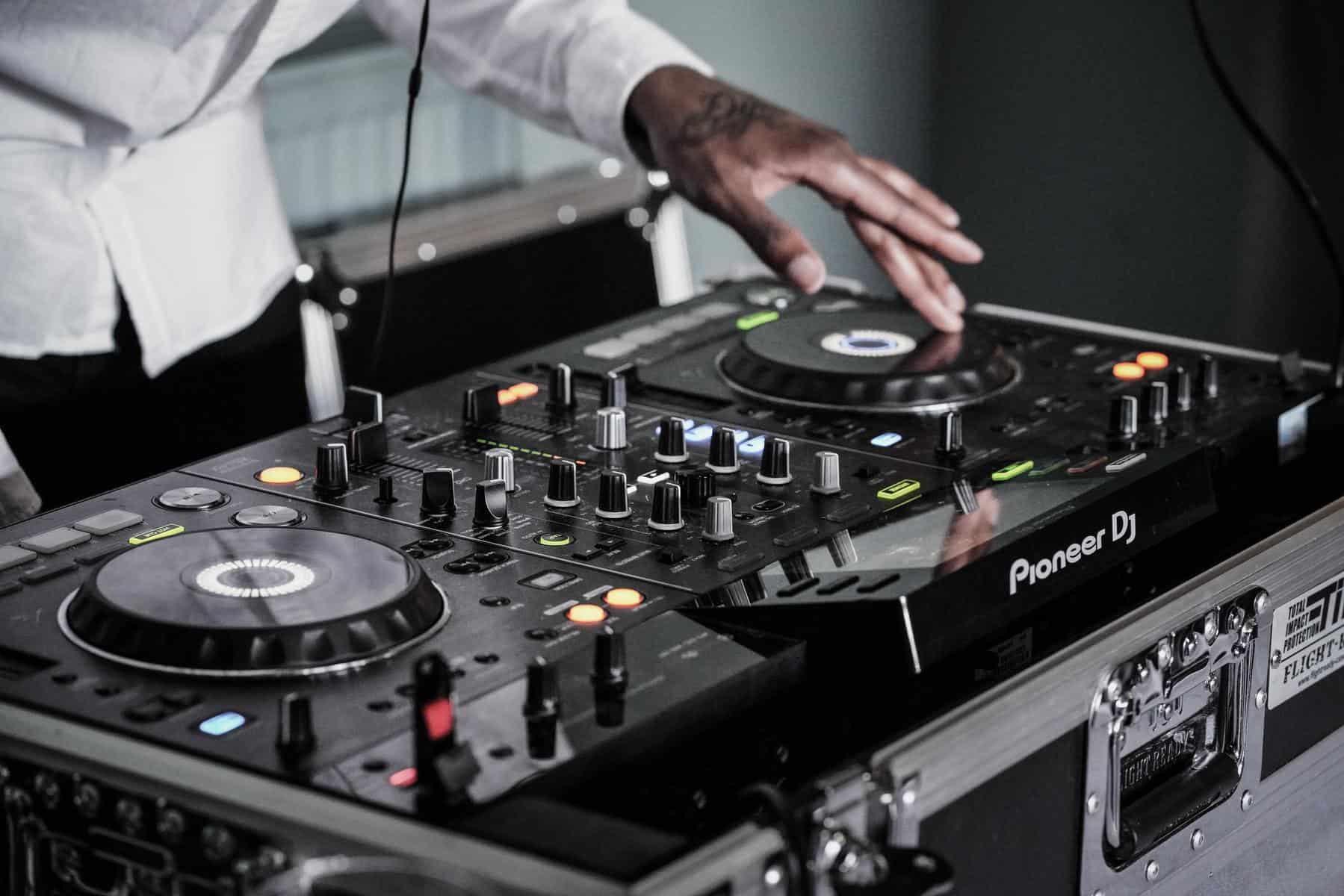 Suppose you’re thinking about becoming a DJ, that is, beyond playing at small private gatherings, in your bedroom, or at house parties.

In that case, you’ll need to consider whether you require a DJ license to remain on the safe side of the law.

One of the biggest questions we come across from aspiring disc jockeys is, do DJs need a license to play music?

Well, to cut a long story short, that depends on whether you’re playing for a public or private audience, as you’ll find out below.

So, without further ado, here’s everything you need to know about disc jockey licenses.

What Is A DJ License? 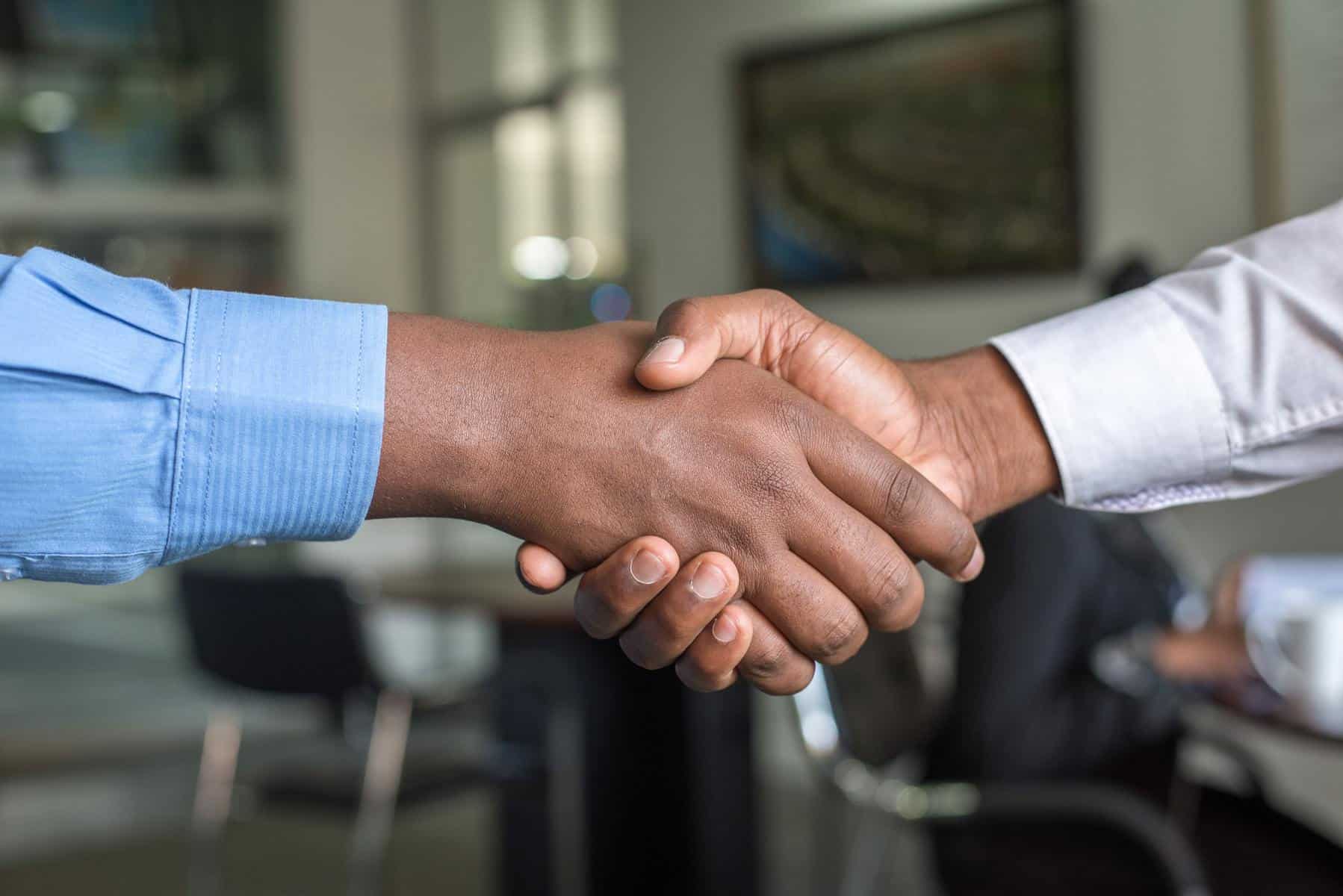 A disc jockey license is an agreement by authorizations to allow individuals to play copyrighted music in public.

It makes it legal for DJs to copy tracks from original vinyl, CDs, or other media types to their computer’s hard drive and use it in front of a public audience.

Copyright laws state that a public performance rights license is required in certain countries to publicly play copyrighted music unless the music platform’s license allows for the performance of downloaded tracks.

Royalties are sums of money paid to a patentee (the rightful owner of the creation) to use their patent.

In this case, each time an original song is played in public events, clubs, musical concerts, etcetera, the song creator is owed royalties.

As a DJ, you are required to ensure that the original artists are compensated for their work with royalties by acquiring appropriate licensing unless already provided by the venue. 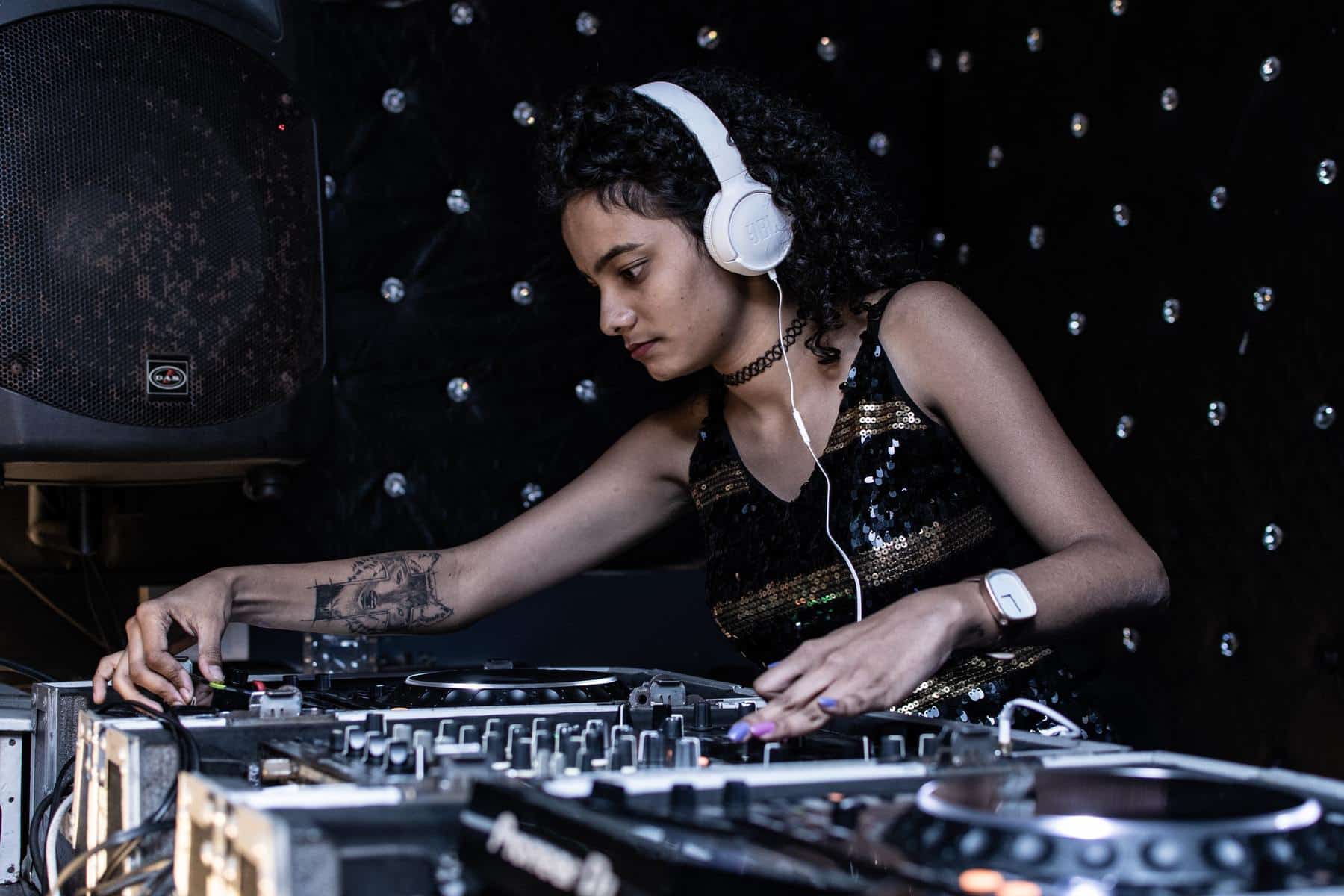 Let’s put it this way, how do songwriters and music artists make their money?

Well, apart from the proceeds they get from live performances or musical tours that are branded and paid for by the advertising partners, royalties make up a big chunk of their income.

For you to get permission to play selected tracks as a DJ in any establishment for a public event, you will require a digital license.

An event is termed as public provided there is an entrance fee, it is in a public venue, and there is a large enough gathering of people.

It may sometimes be unclear for weddings, as most are invitation-only and have a small number of people. Corporate events are also handled differently as they have particular rules.

If you’re unsure about what category the event you are performing at falls under, contact the Performing Rights Organization (PRO) in your locality. However, it’s okay to play your tracks and remixes if they fall under ‘fair use.’

What Does Fair Use Mean?

As a DJ, for the most part, you’ll be mixing songs and creating your original tracks. In such circumstances, you are likely not playing songs in their entirety but mixing them with others to create your mix.

The playing of songs using this method will be classified as fair-use. In this case, you may not need permission to play these songs. However, playing an entire song with no modifications or playing someone else’s DJ mix could get you into trouble, and you may require permission to do so.

You can also go the extra mile and copyright your creations. This way, if someone else were to play your mix at a public event, then copyright laws state that they would be required to seek your permission. It will also make you eligible for royalty payments as you are the original creator of the mix.

Nowadays, many DJs are also becoming producers. Hence, copywriting your music will help you avoid any legal ramifications that may arise, whether you are the one playing someone else’s mix or it’s your mix being played.

What Does A Disc Jockey License Cover?

A disc jockey license has two parts to it: individual licensing and venue licensing.

An individual license requires you to seek the artist’s or music label’s permission as each copyrighted track attracts royalties.

Having an individual license means you can also play your tracks and mixes that fall under the fair-use in a public event.

Remember, just because you have bought the music does not allow you to play it live to an audience in a public setting. Playing music at home for a couple of friends is ok and does not need licensing.

However, if the tracks specifically state that they allow public performances, then you will not need licensing to play those particular tracks.

A venue license pertains to the venue where you are playing your collection of music tracks. In most cases, the venue will have acquired the relevant venue licenses, meaning you will not need to get your own.

For all songs played at such venues, royalties will need to be paid. It’s the venue’s responsibility to ensure they liaise with the relevant Performing Rights Organization (PRO) and make arrangements for the correct venue licensing.

Nevertheless, to always be on the safe side running your DJ business, you should double-check the venues licensing before performing there.

What Defines the Cost of A License? 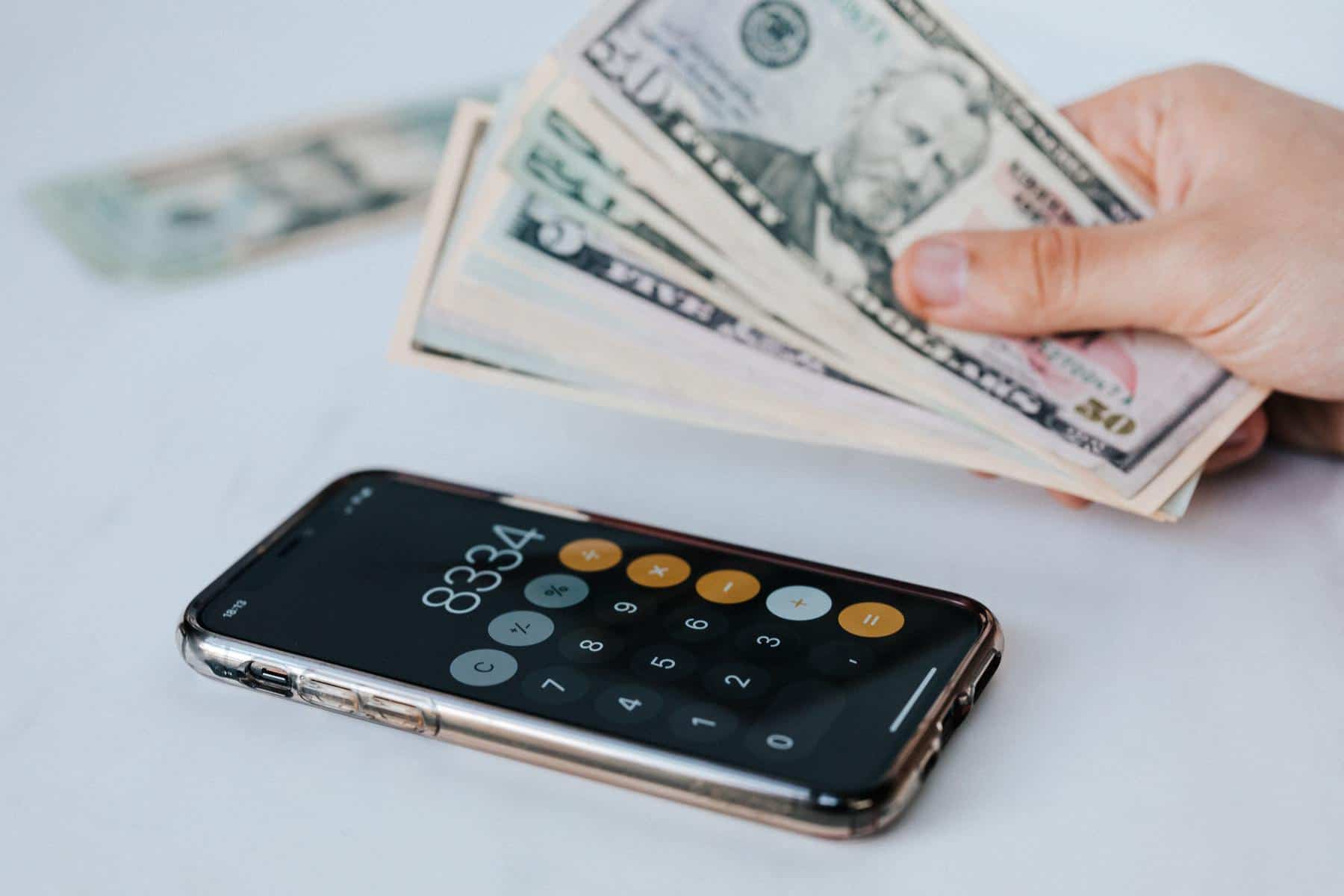 While this may differ around the world from country to country, a general rule of thumb is as follows:

The PRO’s responsibility is to ensure that artists and songwriters are rightfully compensated with a fair distribution of royalty fees.

A determining factor is how many people listen to the songs, which is where the venue’s capacity comes into play.

How Much Does A Disc Jockey License Cost?

A list of venues, from concert halls to restaurants, skating rinks to churches, is included in each licensing agency listing.

Additionally, costs vary depending on how much you make from DJing and state-to-state across the united states.

For example, if you make more than $25,000 per annum in Tennessee, then you can apply for a commercial license as a DJ business.

Anything less than that falls under hobbyist income and is not subject to the taxation legislation.

DJing Without A License

PROs employ staff to spend time in facilities and establishments to take note of the music they play. They will get in touch with you by letter if they find songs in your catalog that you have played but did not pay for.

However, sometimes, the data that the PRO gather can be wrong, like mentioning a song you haven’t played. In this case, keeping track of your entire playlist is highly recommended, and most DJ software programs offer you the ability to organize your library with ease.

How To Get A Disc Jockey License 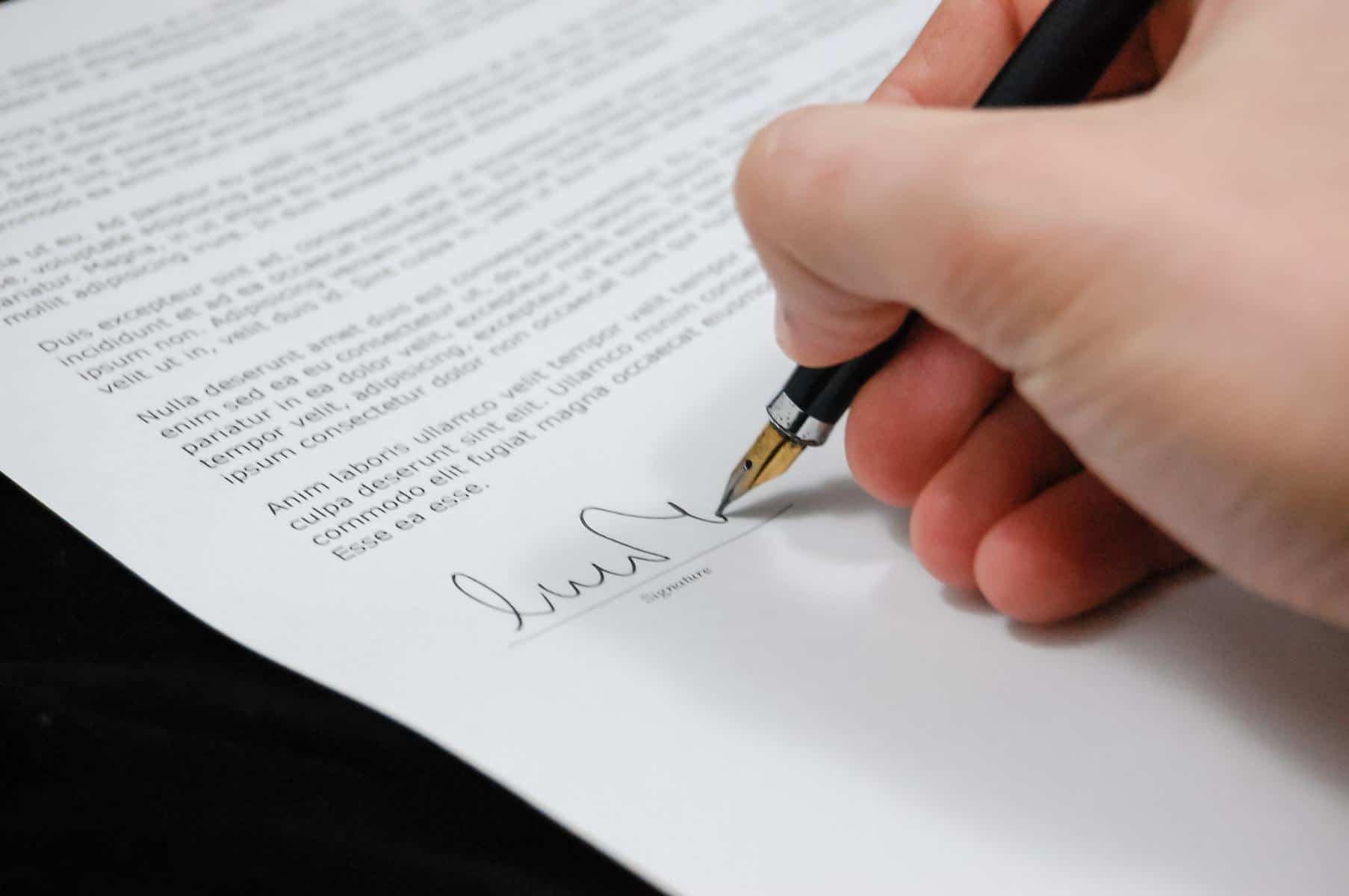 To get a public performance license to play music as a DJ, you will need to contact your countries relevant music licensing organization.

Here is a list of organizations from various countries:

So, do you need a license to be a DJ?

Well, that depends on whether you’re playing at a private event or a public one.

When performing in public, a license is mandatory to avoid being penalized by the relevant Performing Rights Organization (PRO).

But remember, corporate events vary, so you’ll need to seek license requirements on a case-to-case basis, depending on what type of DJ you are.

As a beginner running a DJing small business, you should pay close attention to legal permissions, copyright details, and individual and venue licensing before DJing in public.

Having the correct license in place will allow you to perform with full peace of mind and enjoy DJing to its fullest.

Why Do DJs Use Macs?