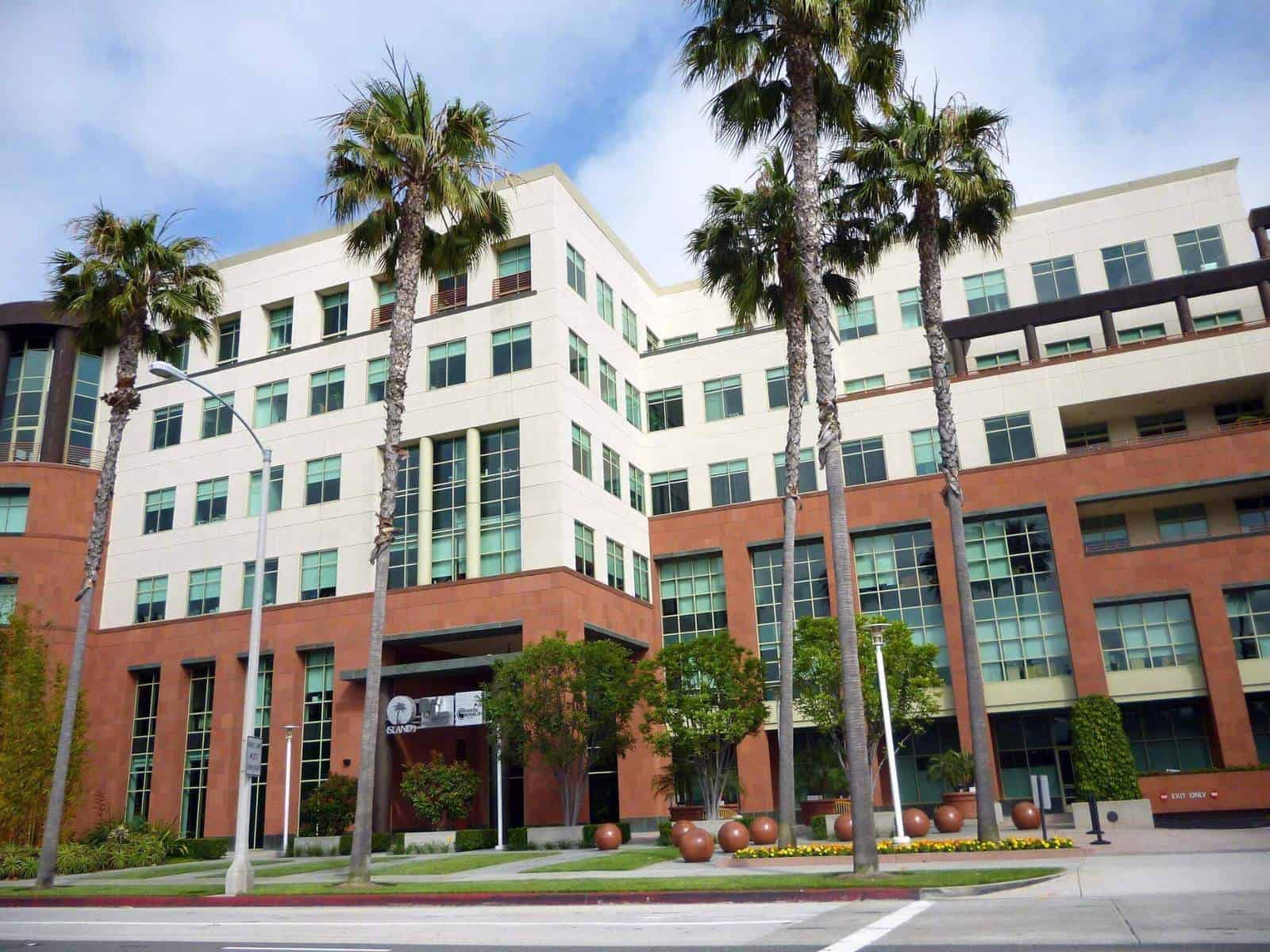 The world’s biggest record labels have learned that the business model that worked with groups like The Beatles doesn’t work in today’s music business.

With the advent of digital media and independent record labels, the market share is more competitive than ever before.

Join us as we uncover who the biggest record labels in the world are and how they got to the top of their game!

The Biggest Record Labels In The World

We’ve created and organized this list by categorizing and ranking each record label based on its previous year’s revenue and overall market share.

Here’s our list of the 10 biggest record labels in the world: 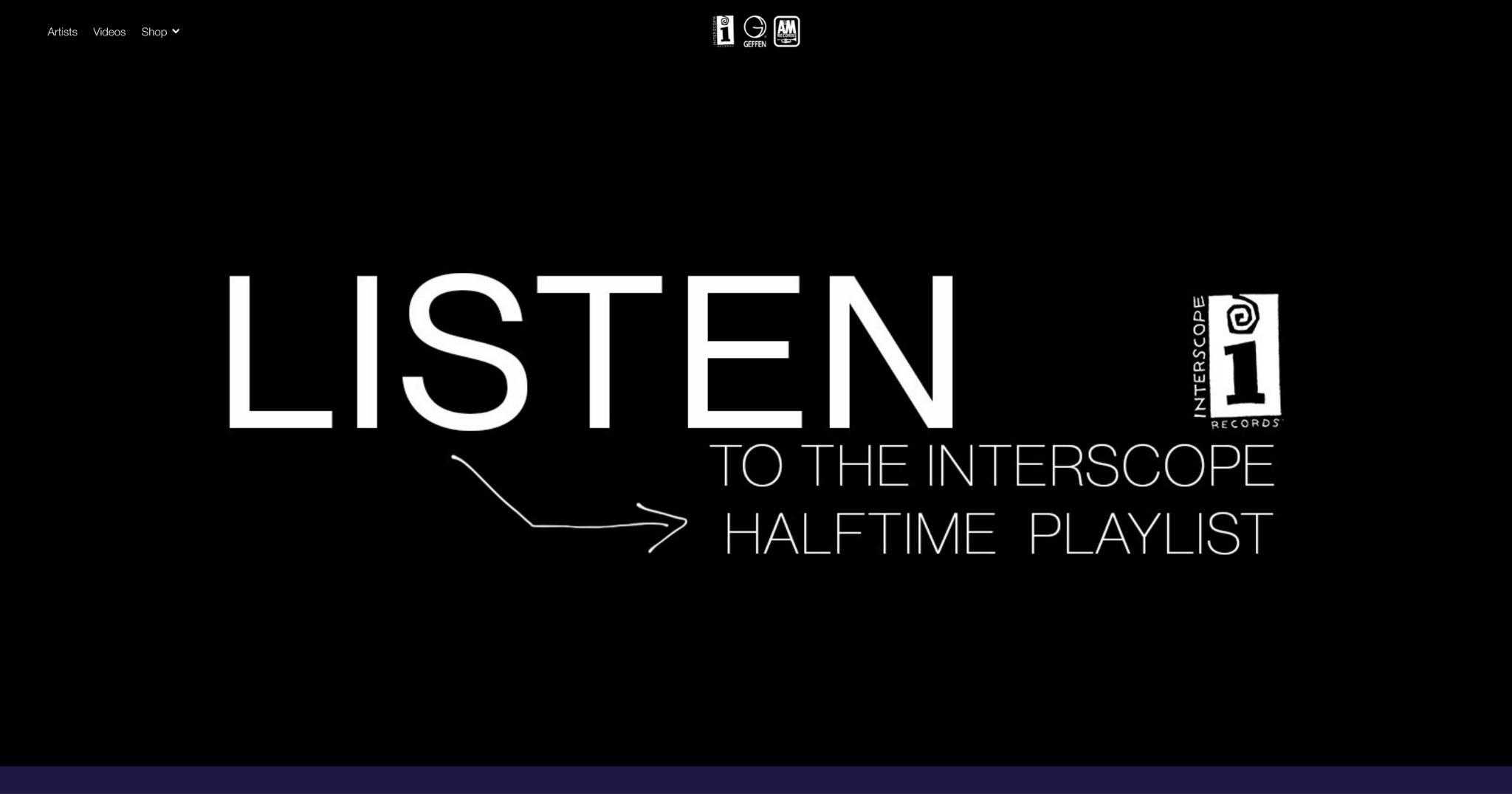 Ted Field and Jimmy Iovine founded Interscope Records in 1990. Heralded as “the little label that could,” Interscope Records has become one of the world’s most successful record labels. But despite such notoriety, the small label has had plenty of criticism and scrutiny.

Ted Field, who inherited a significant sum of money as a Marshal Field heir, invested it with then successful producer Jimmy Iovine (Patti Smith; U2).

Together, they worked out a deal with Atlantic Records in which Interscope would have creative license to produce and work autonomously. The gamble paid off with their first hit record in 1993.

After several lawsuits and years of critical press, Interscope Records parted ways with Death Row Records. Yet, despite such negativity, Interscope had high sales and earnings during these times.

Today, Interscope Records is still the renegade label, signing artists on the fringe like Marilyn Manson to a children’s Christian choir. 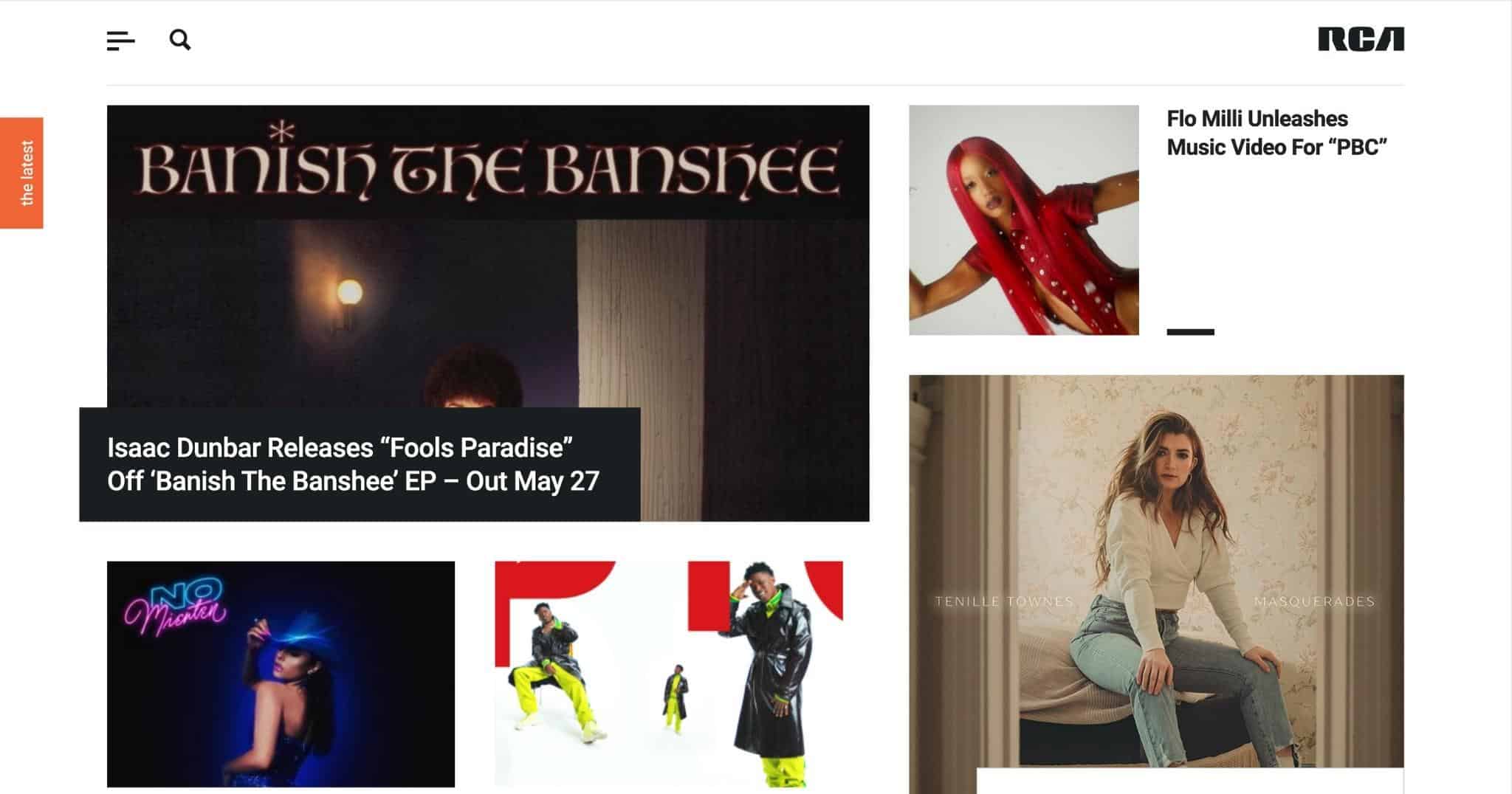 Radio Corporations of America (RCA) began in 1919 as an electronics company and pioneered the tube radio.

The radio business boomed, as did the popularity of singers like Josephine Baker and big bands like Benny Goodman.

In 1929, RCA realized they could broaden their revenue stream by supplying phonographs of these artists and bands, so they purchased the world’s largest manufacturer of phonographs, the Victor Talking Machine Company.

The acquisition paid off, and the Victor Talking Machine Company became so successful that to keep pace with development, RCA created a subsidiary company called RCA Victor in honor of its acquisition.

RCA Victor is famous for introducing the world to the vinyl album, which played at 33 1/3 RPM and was popular until the 90s when compact discs entered the market.

During the 40s and 50s, RCA Victor’s most significant competitor was Columbia Records. At the time, the battle wasn’t for crooners or folk artists but over who could produce the best high-quality symphony recordings.

RCA Record’s revenue in the music market would forever change when they signed a singer from Mississippi by the name of Elvis Presley.

His first single, “Heartbreak Hotel,” put RCA ahead of other record labels and made Elvis a household name.

In 1968, RCA was at the forefront of the recording industry and decided they needed a contemporary look, so they rebranded the company into RCA Records.

Over the next decade, the RCA Record label slid into an economic plummet. It wasn’t until the 80s that they turned things around in what Billboard Magazine hailed as a “Remarkable turnaround.”

The following artists were crucial for RCA becoming one of the most successful record labels of that era: Foo Fighters, Britney Spears, Dave Matthews Band, and Christina Aguilera. 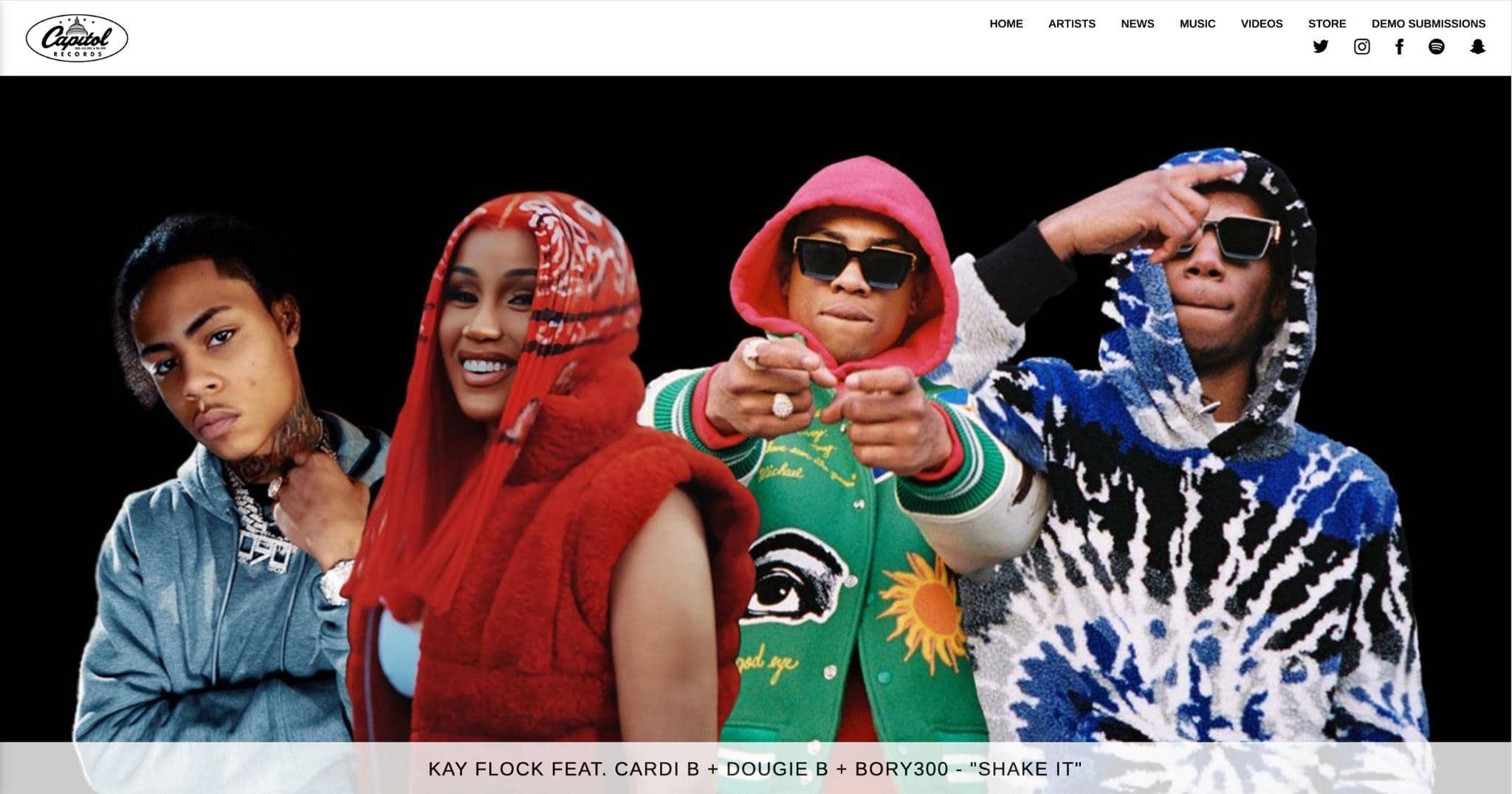 Wallichs to create a record label in Los Angeles. This trio combined their savvy business skills, financial connections, and musical craftsmanship into one of the most cutting-edge record labels.

They were always hunting for new talent and launched Miles Davis’ career while nurturing mega-stars like Frank Sinatra, Nat King Cole, and Dean Martin. Then, in 2007, EMI acquired the label, and today their catalog of artists is beyond impressive.

You’ve probably seen Capitol Records’ iconic round-shaped tower if you’re a music history buff. Music industry legends like The Beatles and The Beach Boys recorded some of their biggest hits inside its hallowed studios.

Today, Capitol Records is the Capitol Music Group, and its parent company is Universal Music Group.

With their combined catalog of artists from the past and present, Capitol Music Group continues to make a name for itself in the music industry as one of the top ten record labels on the planet. 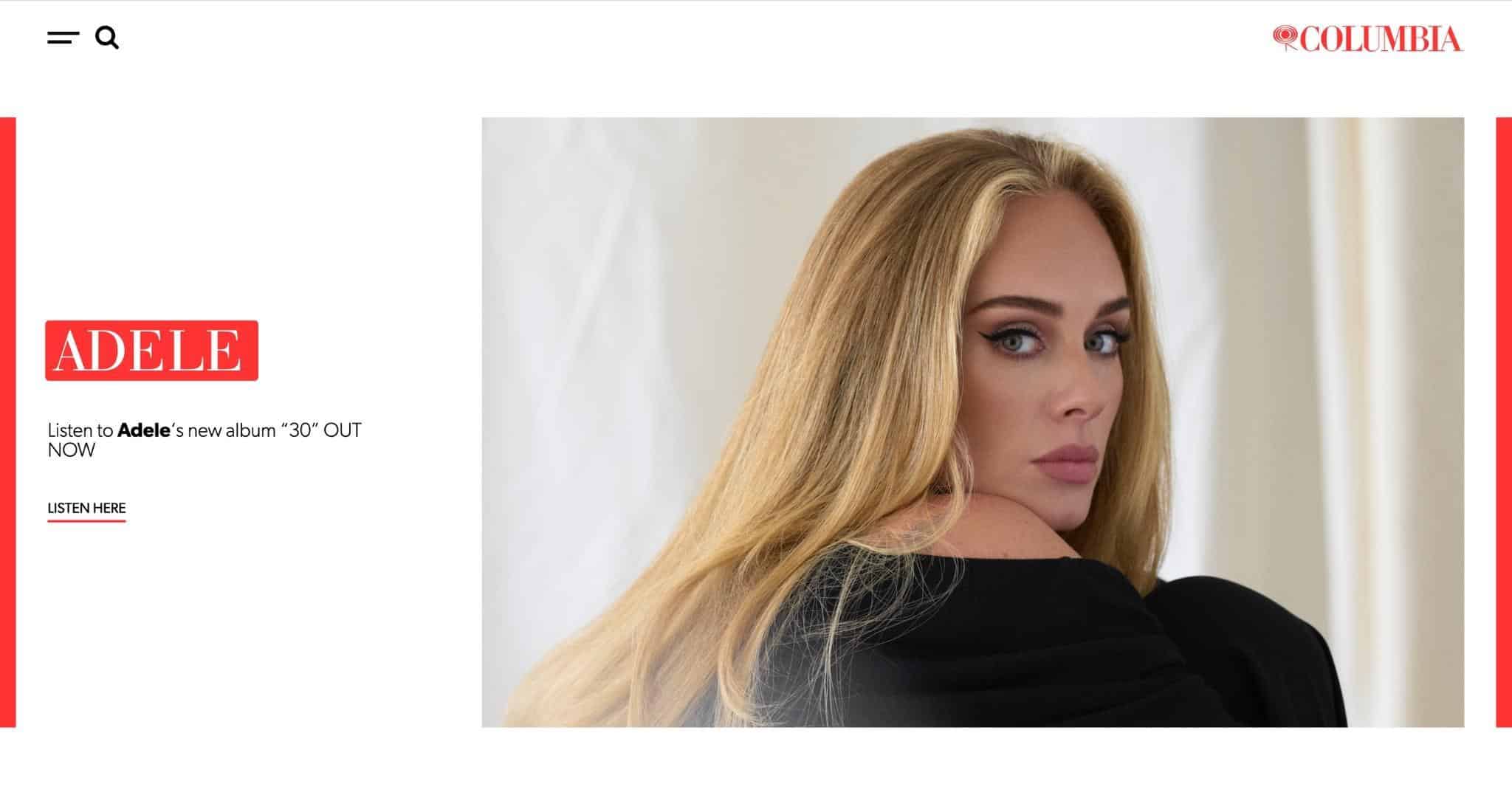 Columbia Label Group is a powerhouse amongst record labels and can boast of being the oldest record company in America.

Columbia Records began in 1889 when it evolved from the American Graphophone Company and acquired recording music legends like Louis Armstrong, Billie Holliday, and Ada Jones.

Columbia Records’ turning point came in the late 60s when CEO Mitch Miller retired. His disdain for rock music had put the company in a difficult position financially.

Clive Davis would step in as CEO and, after attending the Monterey International Pop Festival, made Columbia Records one of the premier rock labels. Davis signed Janis Joplin, Santana, Chicago, Aerosmith, and Pink Floyd, to name a few.

Contemporary artists on Columbia Label Group are Arcade Fire, Lauren Jauregui, Robbie Williams, and some of the best DJs in the world; Calvin Harris, Daft Punk, and DJ Snake. 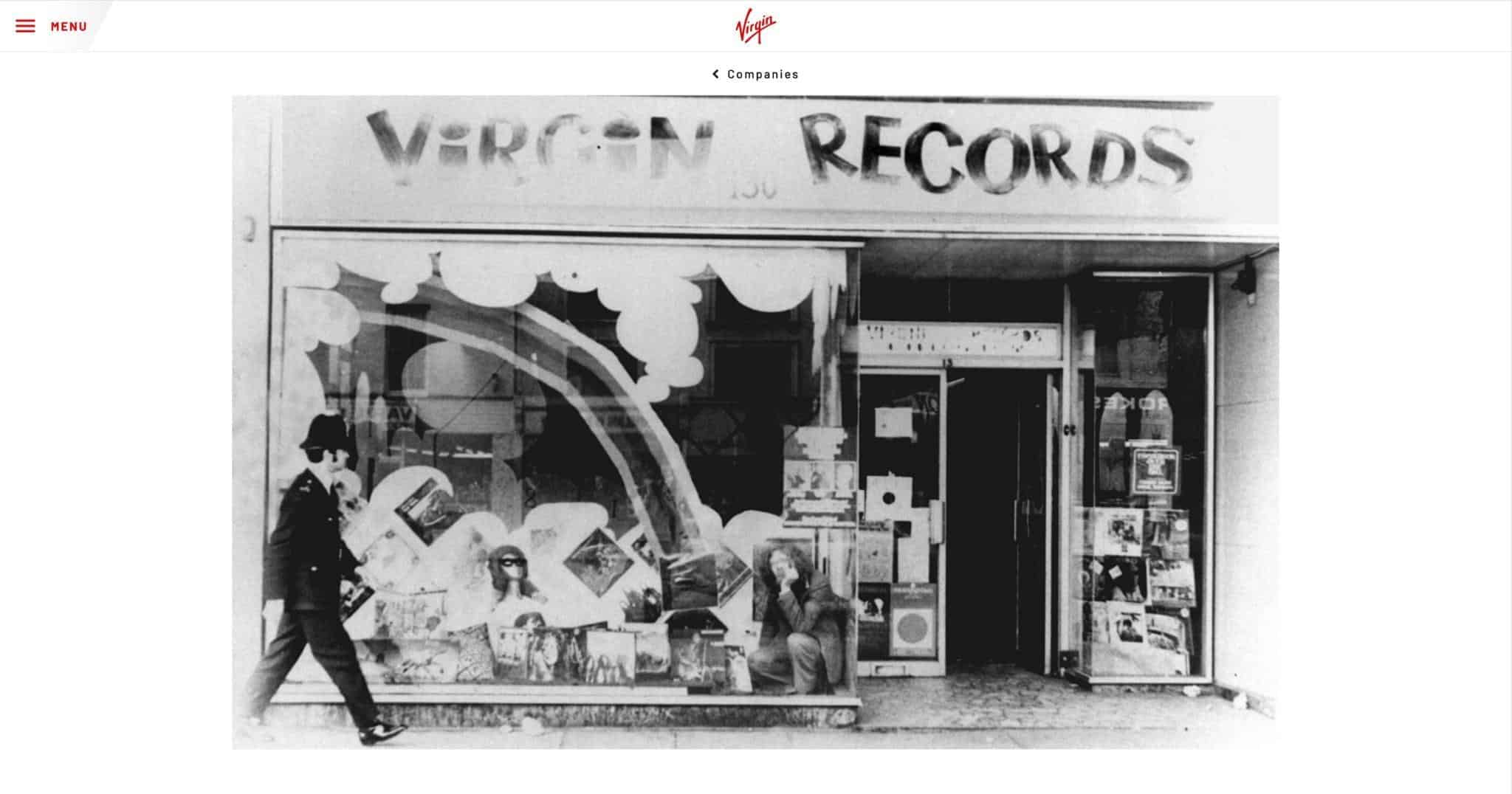 Virgin Records began in the 70s as a mail-order business with ads on the back of his magazine.

Over the next decade, Virgin Records became one of the most successful independent labels, and sales began to compete against some of the other major record labels featured in this list. Here are some of those chart-topping artists: Simple Minds, Paula Abdul, Culture Club, and Phil Collins.

If you’re an aspiring musician or songwriter, check out our list of the best music hosting sites available. You’ll learn some self-promoting tips and insights on how to grow your career.

In 1992, EMI purchased Virgin Records and sold it to Universal Music Group in 2012. Artists currently on Virgin Records roster include Peter Gabriel, Stephen Wilson, and many more. 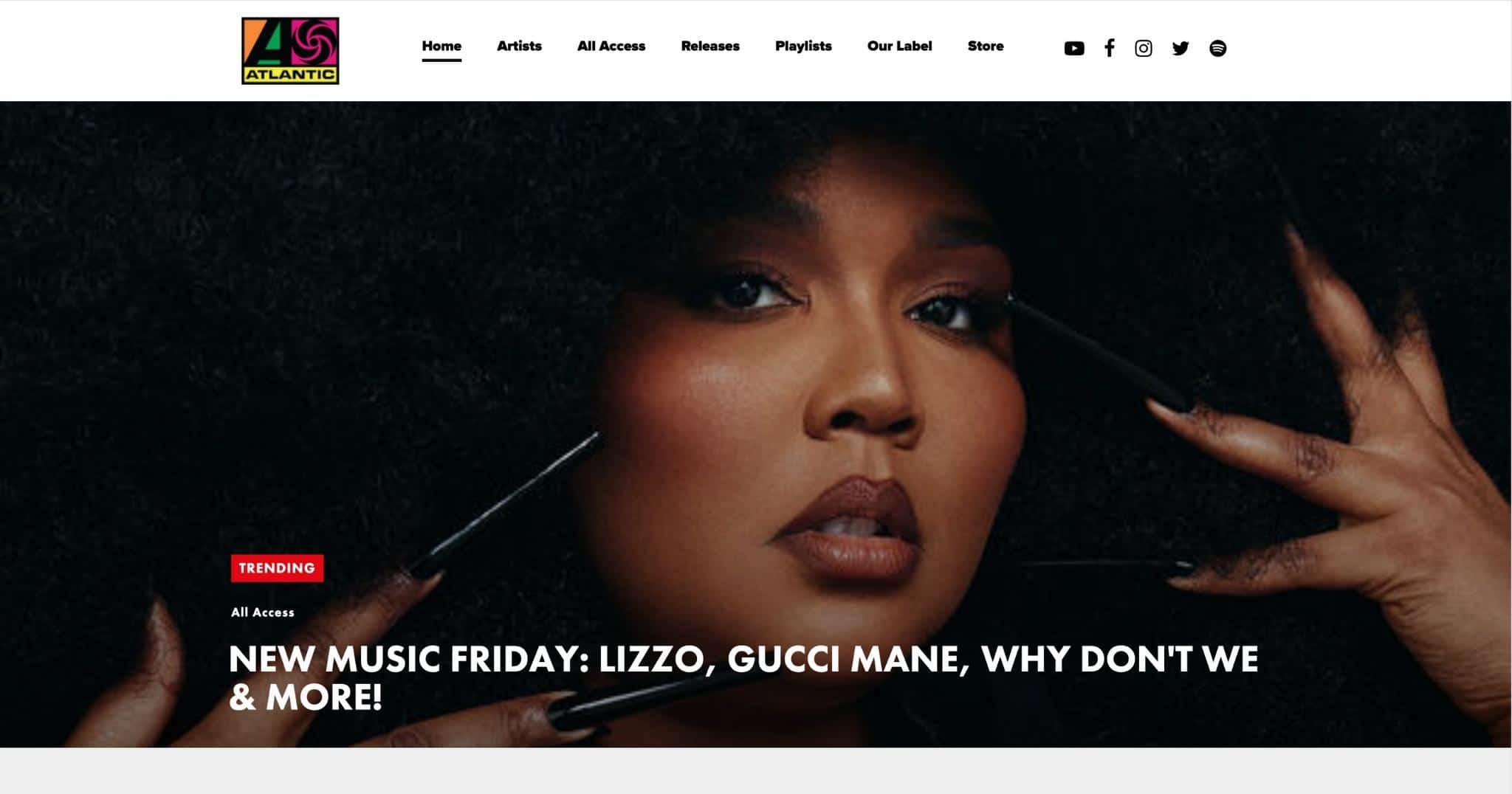 During this time, Atlantic records tapped into the rock scene and added notable acts like Led Zeppelin and the trio Crosby, Stills, & Nash.

Fast-forward to 2018, when Atlantic records swept the Grammys with 13 awards, with the key winner being Bruno Mars.

Bruno won Album of the Year for “24K Magic” and Single of the Year for “That’s What I Like.” Other star artists on Atlantic Records are Ed Sheeran, Burna Boy, and Sweden’s pop sensation, ABBA.

Atlantic Records broadened its market share by releasing the soundtracks to musicals “Hamilton,” “Dear Evan Hansen” and “The Greatest Showman.”

One key to Atlantic Record labels success is the mindset of those behind the scene. According to Co-Chair and CEO Julie Greenwald, Atlantic only “signs stuff that we love, however long the road is going to be.”

The result is forward-thinking artist development where trust and respect flow between the artists and label executives.

This is because Julie Greenwald mentors her staff, so they enjoy working and growing at Atlantic Records. The result sets them as the fifth-largest label in the world.

Bertelsmann Music Group (BMG) is a German media company launched in 1985 when it combined with RCA Records.

Through several buyouts and transitions, the BMG of today credits its start in 2008. While they still have an office in Germany, BMG is also in the United States, Asia, Latin America, and Europe.

BMG has the fourth-largest publishing catalog globally and is heavily invested in books, films, and synch. Synch connects (synching) one of their 3 million songs to a movie, trailer, video game, or TV show.

BMG markets itself as “The New Music Company” that aspire to provide artists transparent and fair contracts with cutting-edge technology for marketing.

For more insight into marketing as an artist, check out what the best artist management companies have to offer. 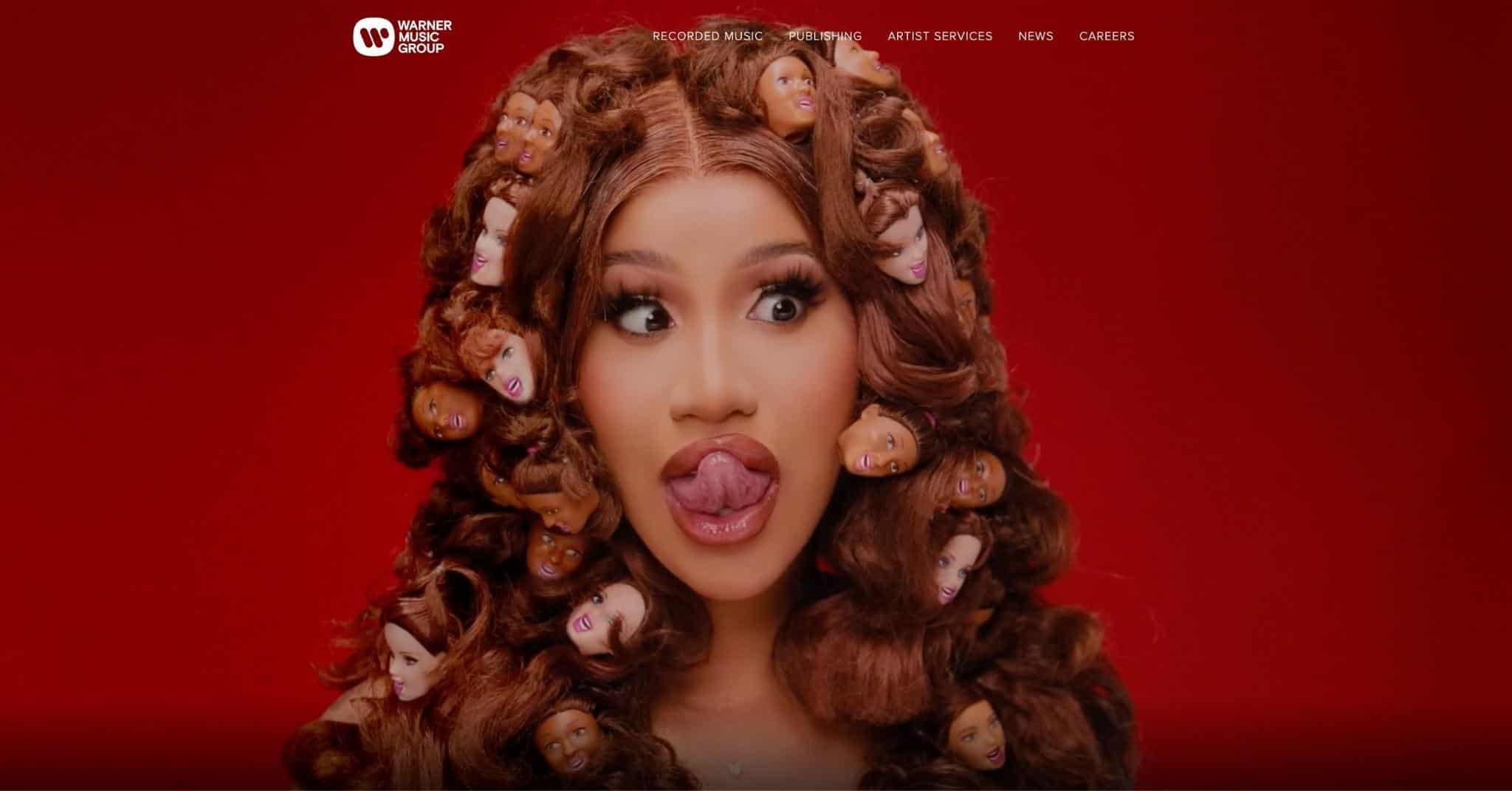 WMG began acquiring other record labels to build its catalog from its early beginnings. These include RCA Records, Reprise Records (founded by Frank Sinatra), and Parlophone Label Group.

Warner Music Group is unique in that its artists represent pretty much all of the most popular music genres. For example, Aretha Franklin and Otis Redding from RCA Records represent R&B, while The Eagles and Panic! At the Disco are great examples of classic pop and electropop genres.

WMG is the third-biggest record label in the world because of its deep catalog of artists dating back to Sinatra and owning the world’s third-largest publishing catalog: Warner Chappell Music. 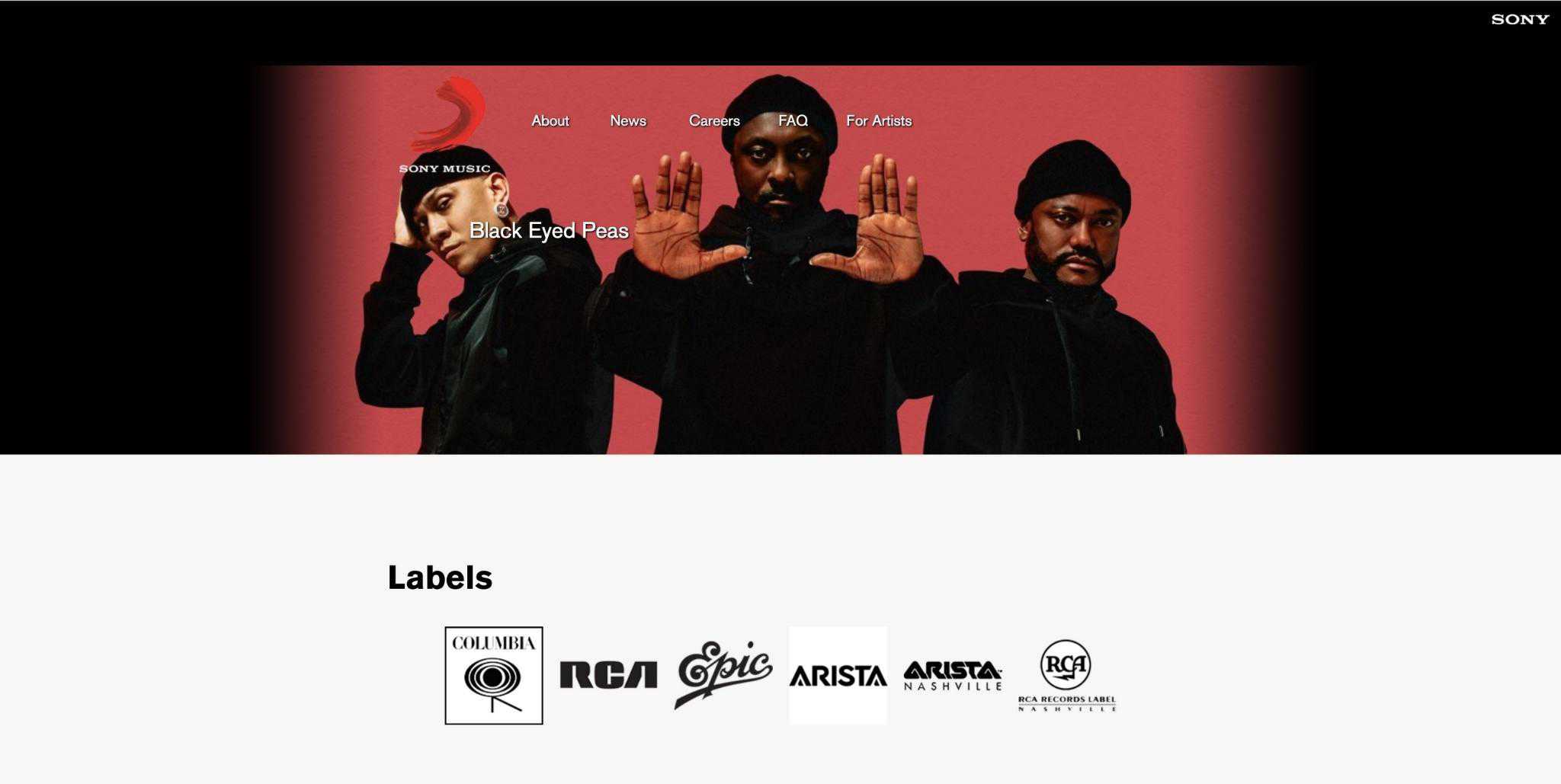 Sony Music Entertainment began back in 1929. To say they’ve gone through countless mergers and acquisitions would be the understatement of the century!

The short story is that in 1987, Sony purchased CBS Records and, in 1991, renamed it Sony Music Entertainment. And like UMG, SME has many subsidiary labels like Epic Records and RCA Records, to name a few.

You’ll find some of these artists in our best songs of all time playlist, like Black Eyed Peas and Pharrell Williams. SME also has recording artists like Bruce Springsteen, Yo-Ya Ma, Willie Nelson, and Casting Crowns.

With their variety of artists representing different music genres, it’s no wonder Sony Music Entertainment is one of the biggest major record labels on the planet. 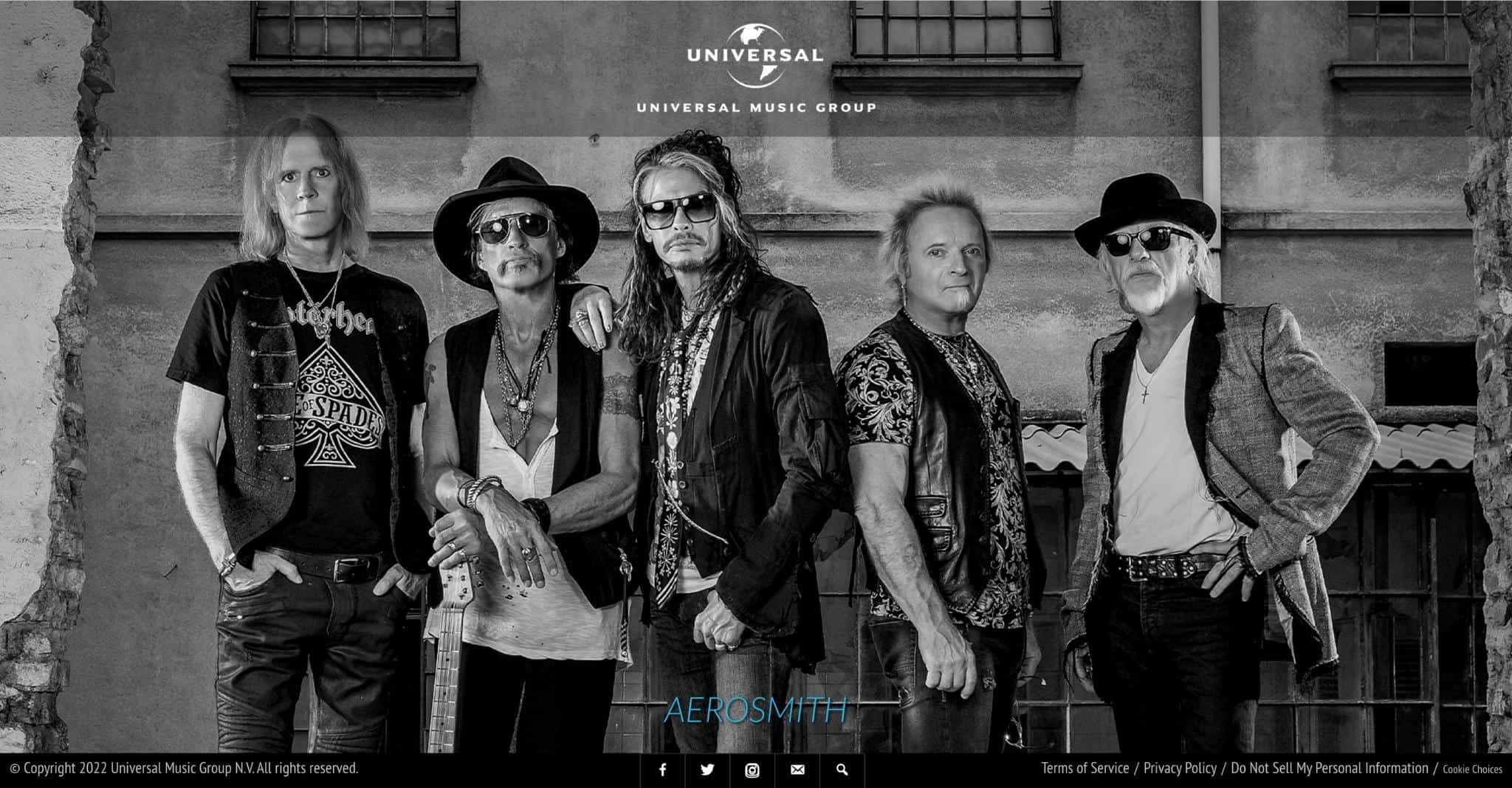 Universal Music Group (UMG) began in 1992 when MCA merged with American Decca records. Today, they have connections in over 60 territories around the globe, including Japan, Latin America, and Australia.

UMG is the biggest record label in the world because they are well diversified and own many smaller labels, publishing companies, merchandising, and audiovisual media.

The major label has developed and advanced the careers of many talented musicians and artists who read like the “who’s who” of the recording industry, such as Lady Gaga, Luke Bryan, Imagine Dragons, and The Beatles.

We hope you enjoyed our list of the biggest record labels in the world!

Whether you’re an aspiring artist or merely curious, hopefully, you’ve learned a thing or two about record labels and where they stand in today’s digital music business.

Who are your favorite artists signed to the biggest record labels? Leave a comment below.

The 10 Best DJ Movies & Documentaries Ever Made

The 10 Best Female Country Singers of All Time