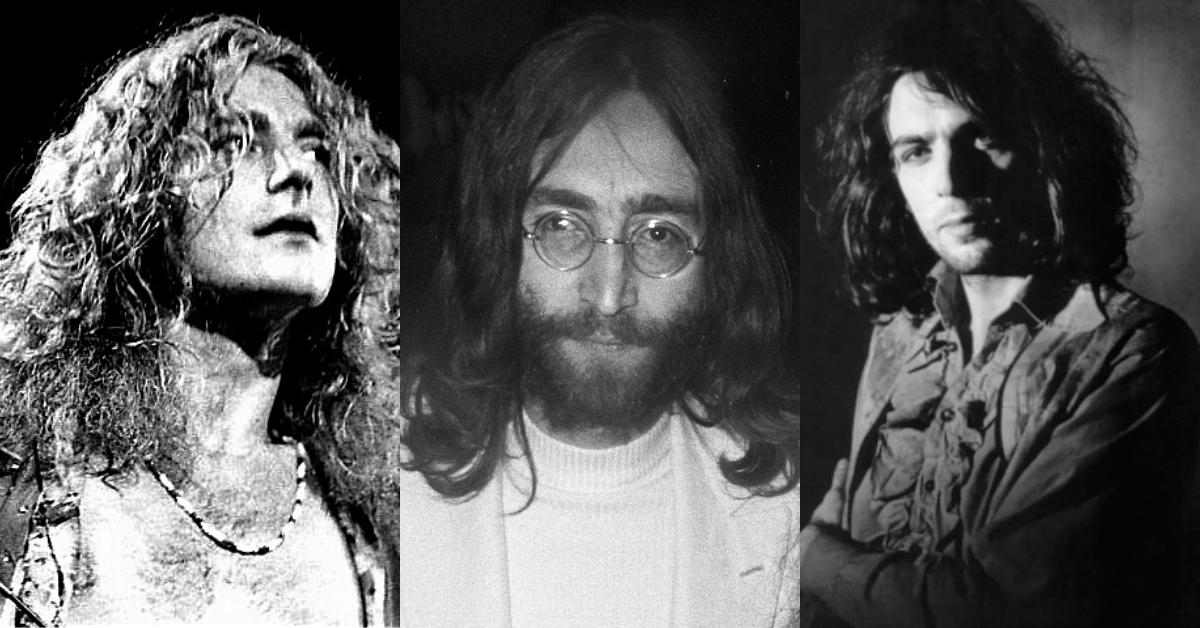 Everyone has an opinion on who the best bands of all time are, and while the debate can become heated, we’ve decided to settle the matter once and for all.

While preparing our list, we focused on the bands’ combined worldwide record sales to tabulate our finalists.

So join us as we reveal our picks for the greatest bands the world has ever known.

The 10 Best Bands of All Time

We concentrated on rock bands for this list and used worldwide album sales as the standard. Contributing factors also include their contribution to the music industry.

So without further ado, here’s our list of the 10 best bands of all time:

The Who was the loudest rock band in the world in 1976, and the four members created epic rock songs that have become classic rock hits.

One of the band’s earliest hits, “My Generation,” features bassist John Entwistle. Regarded as one of the best bassists of all time in rock, Entwistle is credited with the first recorded rock bass solo.

Some of their greatest hits were on Who’s Next and feature songs about teen rebellion like “Won’t Get Fooled Again,” “Baba O’Riley,” and “Behind Blue Eyes.” These songs and their subsequent hits propelled The Who to stardom and boosted record sales.

Representing Generation X is the American rock band from Washington, Nirvana. The band started in 1987 and pioneered the West Coast grunge sound.

Nirvana is classified as a punk rock band, but they are also credited with being an alternative rock band.

Singer and frontman Kurt Cobain wrote most of the band’s hits, including their iconic “Smells Like Teen Spirit.” While the song features one of the most forbidden riffs of all time, it continues to resonate with adolescents worldwide.

Their landmark Nevermind is hailed as one of the best rock records by fans and critics alike. The album is a musical cocktail featuring Cobain’s gruff singing with in-your-face guitars and David Grohl’s energetic drumming.

Although Nirvana broke up after Cobain’s death, Nirvana continues to inspire new musicians while Dave Grohl explores new musical frontiers as the singer for The Foo Fighters.

The band that revolutionized the California sound, The Beach Boys, formed in 1961 and wrote songs about surfing, cars, and romance.

The creative brain behind the band’s success was Brian Wilson. Combining the best of pop music with one of the most popular music genres, jazz, Wilson pushed the boundaries of contemporary music.

When the British Invasion hit America’s shores in 1964, The Beach Boys rode the waves of change and released hits like “I Get Around” and “All Summer Long.”

Brian Wilson’s musical genius became apparent in the single “Good Vibrations.” Wilson used interesting instruments like the jaw harp and the Electro-Theremin to create the eerie-sounding riff at the song’s end.

While utilizing the band’s distinct vocal sound, he produced one of the most expensive yet successful songs ever recorded.

Although The Beach Boys don’t release new material, they continue to tour, playing all their hit songs and showcasing their distinct vocal harmonies.

One rock band leading the charge during the British Invasion was The Rolling Stones. With music rich with American blues and gospel influences, the Stones are considered one of the most influential bands.

The band has worked with some of the biggest record labels in the world, and their catalog of hits ranges from their early iconic hit “Satisfaction” to the eastern-influenced “Paint it Black” and the disco-inspired “Start Me Up.”

While their songwriting is impressive, they are known worldwide for being one of the greatest live bands. Mick Jagger struts across the stage singing while Ronnie Wood and Keith Richards entertain crowds with blues-based guitar riffs.

Although several members are deceased, The Rolling Stones continue to perform worldwide, making them one of the greatest rock bands of all time.

Leading the charge in the thrash metal genre is the California-based Metallica. The American rock band was started in 1981 by lead singer and guitarist James Hetfield and drummer Lars Ulrich.

Metallica wouldn’t see chart success until the release of their third album, Master of Puppets, which was recorded in Denmark and charted in the UK and European markets.

The band skyrocketed to fame in 1991 with Metallica, often referred to as “The Black Album,” due to its all-black cover.

The album contained the band’s most recognizable hit, “Enter Sandman,” and is frequently heard at sporting events and in video games like Call of Duty: Modern Warfare.

While “Enter Sandman” is one of the best songs about sleep, we doubt Hetfield’s loud guitars and Ulrich’s drumming will help you drift off!

Aside from selling millions of records, Metallica continues to tour with its heavy metal sound, which is why they’re one of the world’s best bands.

“I Will Follow” became a hit that exemplified The Edge’s chunking guitar, Bono’s soaring vocals, and the aggressive groove set by Clayton and Mullen.

The second album, October, had the hit “Gloria,” whose spiritual lyrics would be a frequent topic for the band. War, the band’s third release, featured the classic anti-war hit, “Sunday Bloody Sunday.”

The Joshua Tree, album number five, exemplifies their musical growth. The band pulled from the blues, folk, and gospel music to create gems like “I Still Haven’t Found What I’m Looking For.”

Billboard reported that fans and critics crowned The Joshua Tree as the best album of the 80s, beating out artists like Michael Jackson and Dire Straits.

U2 has won numerous Grammys, is involved in philanthropic ventures, and performs worldwide. In addition, the band continues to record songs like “One,” considered one of the best 90s songs, making U2 one of the best in the business.

The pioneers of art rock and psychedelic rock music are England’s Pink Floyd, who formed in 1965 and were first called the Pink Floyd Sound. In time, this rock band dropped “Sound” and focused on writing blues rock songs.

Founding member Syd Barrett, who struggled with depression and drug use, was replaced in 1967 by guitarist David Gilmour.

Musically, the band shifted direction. They experimented with sounds, wrote long songs, and began what critics call the psychedelic era.

The band had to wait until 1973 to make rock and roll history with The Dark Side of the Moon, a sonic wonderland of tones, effects, and songs.

With the departure of Barrett, Pink Floyd’s lyrics often dealt with mental illness. Such is the case with “Brain Damage” and the album’s title, “The Dark Side of the Moon,” which are classic alternative rock songs.

“Money,” one of the best bass songs of all time, features Roger Water’s fantastic bass riff. Factor in the song’s odd meter (7/4), and it’s easy to see why the hit is a bass and rock classic.

In the 80s, Pink Floyd released The Wall, and “Another Brick in the Wall (Part II)” became an international hit, while “Comfortably Numb” is considered one of the best songs of all time by fans and critics alike.

The band has undergone personnel changes, but members like Roger Waters and David Gilmour continue to tour.

With their catalog of hits, genre-bending albums, and dynamic performances, Pink Floyd will forever be one of the world’s best rock bands.

When you think of superstar rock status, Led Zeppelin fits the bill, and during the 70s, fans dubbed them the “Biggest Band in the World.”

The band formed in 1968 as the New Yardbirds and later changed its name to avoid legal battles. What would follow was success of epic proportions that influenced future rock and heavy metal artists.

Let’s begin with the musicianship. The four members are considered top-tier performers of rock. Robert Plant’s vocals have been imitated but never duplicated.

One of the best drummers of all time is John Bonham, while bassist John Paul Jones and guitarist Jimmy Page consistently rank high, too.

Zeppelin set the bar for rock and roll, and with the success of album sales in the 70s, they filled massive stadiums. Concert attendance of this magnitude was called “Stadium Rock” and is still continued today by top-selling bands and artists.

Their songs are classic rock masterpieces influenced by the blues, folk, and Motown, like “Ramble On” from Led Zeppelin II.

Their fourth album, Led Zeppelin IV, has mammoth rockers like “Stairway to Heaven,” “Black Dog,” and “When the Levee Breaks,” which showcases the band’s musical diversity.

For these reasons, Led Zeppelin will continue to impact the music industry and rank as one of the best bands in rock history.

It shouldn’t be a shock that this English rock band made the list since lead singer Freddie Mercury is one of the most recognizable voices in pop and rock.

The rhythm section of John Deacon on bass and Roger Taylor on drums create toe-tapping grooves, while one of the best guitarists of all time, Brian May, plays tantalizing guitar riffs.

The band’s self-titled album Queen with “Keep Yourself Alive” showcases the band’s brilliance, and the opening guitar riff tells you May wasn’t your average player.

The pounding rock beat provided by Taylor and Deacon foretold unique grooves to come, and Mercury’s incredible voice makes him one of the greatest singers in rock music.

Up until Mercury’s death, the band would release massive hits. Many are still popular on playlists and get played at major sporting events, like “We Are the Champions,” “Another One Bites the Dust,” and “We Will Rock You.”

But the song most fans associate with Queen is the genre-bending “Bohemian Rhapsody,” which weaves effortlessly from operatic sections to an in-your-face rock groove.

The six-minute-long song is considered one of the greatest rock songs and was featured in films like Wayne’s World.

Today, Queen no longer has all the original band members, but they still tour with frontman Adam Lambert who belts out all their hits, making Queen one of the greats in rock and roll history.

The reigning king is the Fab Four from Liverpool, The Beatles. While they didn’t tour much, John Lennon, Paul McCartney, George Harrison, and Ringo Starr wrote pop masterpieces.

The band formed in 1960 and was one of the most impactful groups in 1964’s musical “British Invasion.” Their first hit, “Love Me Do,” was in 1962 and generated a fan frenzy that the media dubbed “Beatlemania,” and by 1964, they were international superstars.

Throughout their career, the Fab Four experimented with different types of music, psychedelic drugs, and, later, Eastern religion.

Their albums evolved from pop hits like “Please, Please Me” to wonder songs like “Come Together” and “A Day in the Life.” The latter featured a 40-piece orchestra and haunting lyrics that fans continue to comprehend.

The Beatles’ song catalog has been covered by more musicians than any other band, and at the top of the heap is “Yesterday,” the most covered song in music history.

Today, surviving members show no signs of slowing down, which makes The Beatles the best band of all time.

We hope you learned something new about these chart-topping bands. Some are American bands, and others were part of the 1964 British Invasion.

Aside from selling a boatload of records, each group significantly impacted the music industry, making them some of the best bands of all time and earning a spot on our list.

Who’s the best band of all time, in your opinion? Leave a comment below.

The 10 Best Female Bass Players of All Time

The 10 Best Drummers of All Time