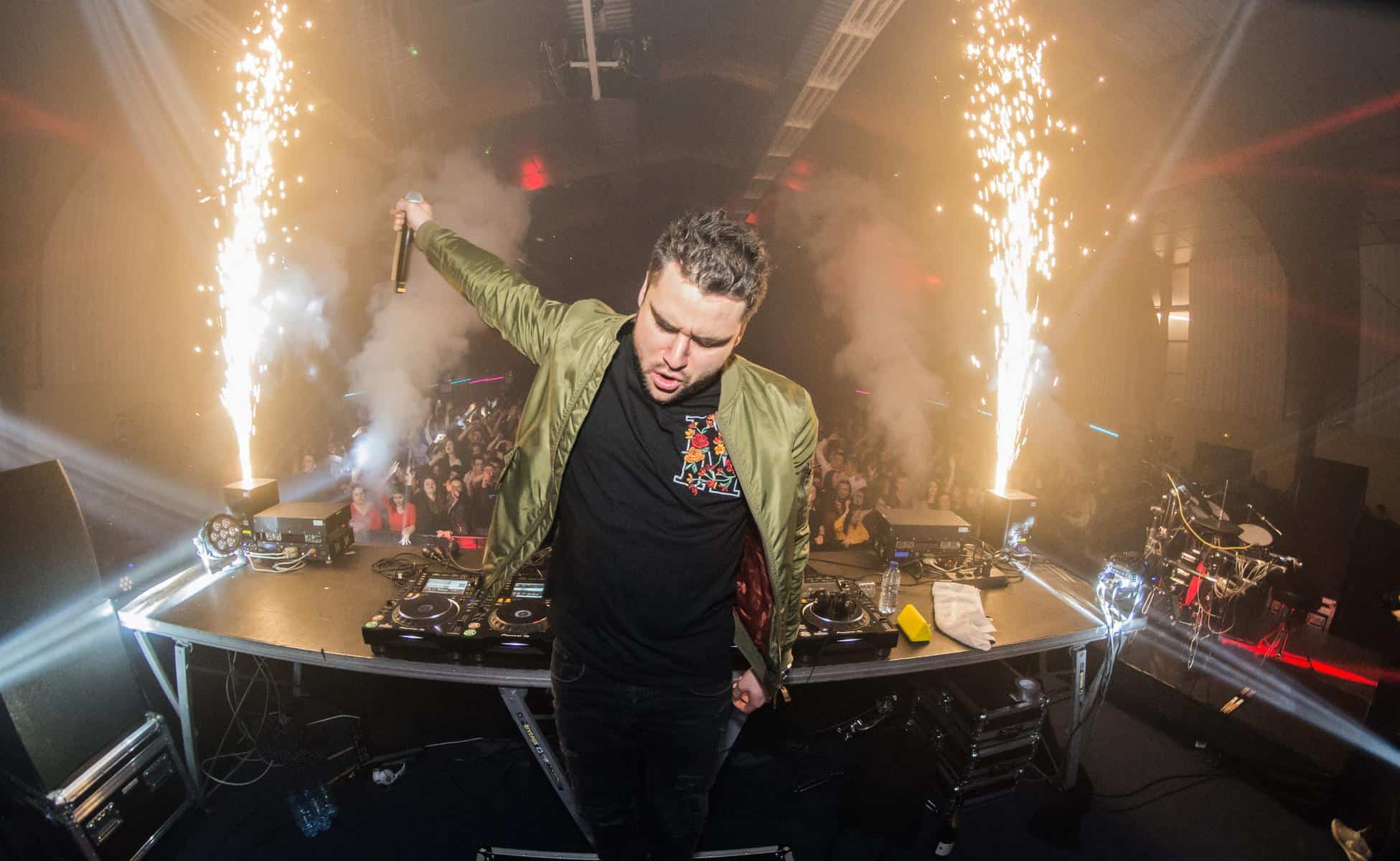 To cut a long story short, yes and no.

Some would argue DJs are musicians, while others would say they just play music.

It comes down to a matter of opinion and what the DJ does.

So, in this article, we’ve listed several points that should provide you with some context on which to base your opinion.

Let’s get stuck in!

What Is A Musician?

According to the Cambridge dictionary, a musician is “someone who is skilled in playing music, usually as a job.”

The Oxford dictionary describes a musician as “a person who plays a musical instrument, especially as a profession, or is musically talented.”

Therefore, one could assume that to call someone a musician, they need to play an instrument professionally or have a particular musical talent.

So, as you read through the article, bear that in mind, as the word “musician” holds a relatively loose definition, in our opinion.

Reasons Why DJs Are Musicians 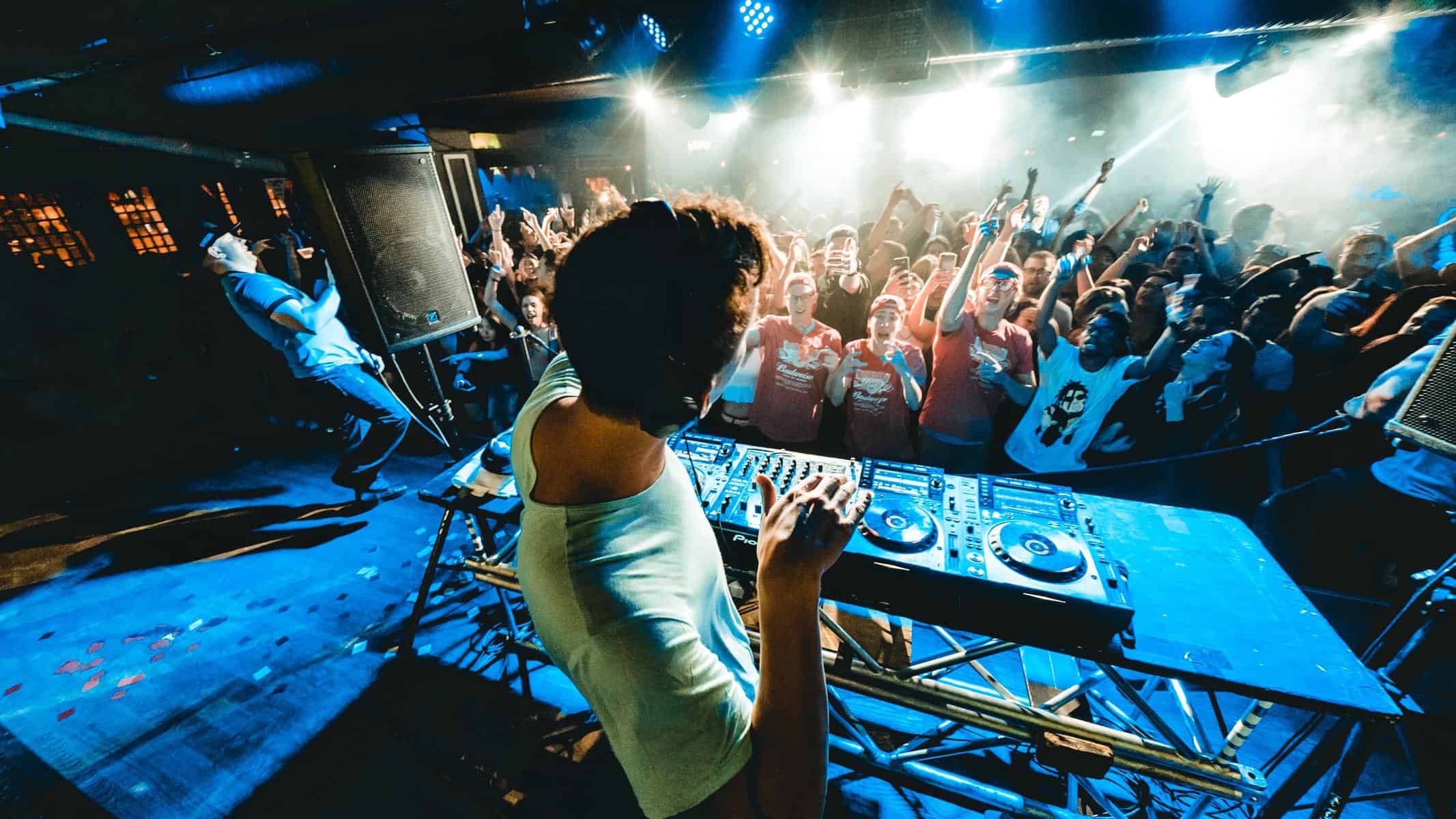 As we’ve seen from the definition of a musician, anyone that plays a musical instrument, or has musical talent, can be considered a musician.

Therefore, most professional DJs would tick both of those boxes, as they have plenty of talent and can manipulate sound using mixers and DJ controllers as their instruments of choice.

Turntablists, for example, select different and manipulate them to create music and unique sounds on the fly.

DJs use mixers to blend songs and , in some cases, to create and play music.

2. DJs Produce Their Own Music

Producing is a musical skill in itself and takes years to master.

Once they’ve made a track, a good DJ perform their creations on stage to live audiences.

However, not all DJs are producers, so many instrumentalists claim that DJs can’t be classed as musicians as they don’t create original music.

But as you’ve just seen, this is dependant on whether a DJ produces music or not.

This is at the heart of what a good DJ does.

They can take two tracks and mix them into something completely different.

Adding , effects, and other magic allows DJs to turn two existing songs into their own.

Professional DJs have to be creative and develop musical transitions that work at a moment’s notice, which is also true for instrumentalists and musicians.

Therefore DJs and instrumentalists share common ground when it comes to live performance.

The instrument debate is a big one in the music world.

Although these are not what you might call “traditional” instruments, they allow DJs to manipulate sound and produce tracks.

Drawing back to the definition of a musician as “someone who is skilled in playing music,” one can argue that it does not matter where the music is coming from or what the instrument is, as long as it’s being created and serving its purpose.

Whether they’re laying down a guitar melody in the studio, adding some chord progressions over a drum track, or using an instrument during a live performance, a lot of professional DJs can play one or two instruments when push comes to shove.

So, if DJs also are musically trained and understand music theory, then technically, they’re musicians.

Part of a musician/artist’s job is to perform in front of a large audience.

Like other types of artists, DJs need to make the crowd enjoy what they’re watching and listening to.

Therefore, DJs often use impressive light shows, stage effects, and video to enhance the musical experience and offer the crowd something unforgettable.

Any good musician will tell you that to succeed in the music business, you need to interact with your audience and make them warm to your energy.

The same can be said for DJs and is perhaps even more critical, as they tend to not move around the stage as much as other live performers.

Therefore, DJs that possess that ability and who can get the crowd engaged have just as much musicianship as any other artist, in our opinion.

Reasons Why DJs Are Not Musicians 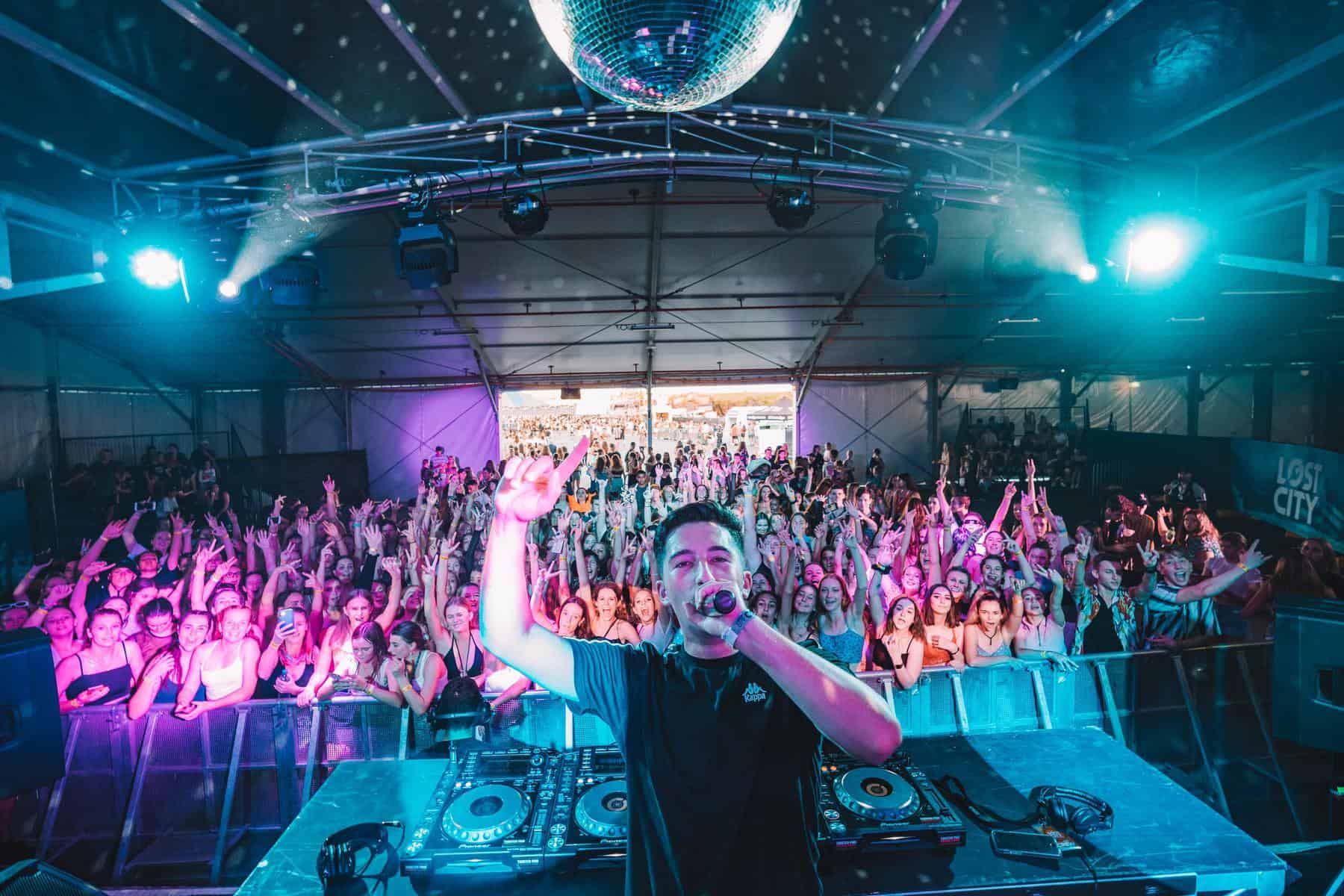 This is a statement that gets thrown around a lot and argued to the high heavens.

On the one side, people argue that when DJs perform, they’re not creating new sounds and are just mixing other people’s music.

Whereas the other side of the spectrum claims that good DJs create new sounds when they mix and try to differentiate themselves from the original track as much as possible.

In our opinion, DJs that just press play and barely do anything else should not be called musicians, as they’re not creating anything new or using any real musicianship.

Another argument as to why DJs are not musicians is that their equipment, like turntables and mixers, are not real musical instruments.

The reasoning behind this statement is that these pieces of hardware don’t create notes and sounds; instead, they just let you play and manipulate pre-recorded sounds from other artists/musicians.

However, the other side of the fence will argue that turntablist DJs (as we mentioned previously) should be classed as musicians as they often create new sounds and music during their sets.

Therefore, if a “real” instrument is identified as “an object or device for producing musical sound,” according to the dictionary, then turntables, mixers, and other pieces of DJ equipment don’t quite fit the bill.

3. DJs Are Not Musically Trained

Generally speaking, a lot of DJs get into DJing without any musical training.

Most pick it up as they go and stick to mixing tracks instead of creating their own music.

So, for those types of DJs, one would argue that they should not be classed as musicians as it’s highly likely they have no idea of how songs are constructed and the musical theory required to make them.

However, playing devil’s advocate suggests that the more music theory a DJ implements into their endeavors and the more involved in the production they get, they should be classified as musicians, despite the lack of formal training.

Until they understand the basics of music theory and have produced tracks themselves, then being called a musician is not a label associated with this type of DJ.

So, Are DJs Real Musicians?

Well, after looking at both sides of the story, we think it really depends on whether DJs produce their own music, play traditional instruments, or are musically trained.

In our opinion, just mixing tracks does not make someone a musician, even if they manipulate sound like it’s their own.

Suppose they don’t fully understand how to create sounds, melodies, and chord progressions, using software or traditional instruments. In that case, musicianship is not something we can associate with this type of DJ.

However, you don’t have to be a musician to be a DJ and vice versa, but it helps to know how music theory works.

Whether you think DJs are musicians or not, it all boils down to a matter of opinion.

You can read all the reasons, for and against, and still, you’ll encounter other points of view that make you rethink your ideas.

So, if you’re getting started as a DJ, and are not musically trained, then we recommend focusing on your leveling up your DJ skills and learning the basics of music theory as you go.

This will keep the momentum going and open your mind to what’s possible in music production, therefore, inspiring you to produce your own tracks instead of playing other people’s music all the time.

What do you think? Are DJs musicians? Leave a comment below.

Do DJs Need A License?